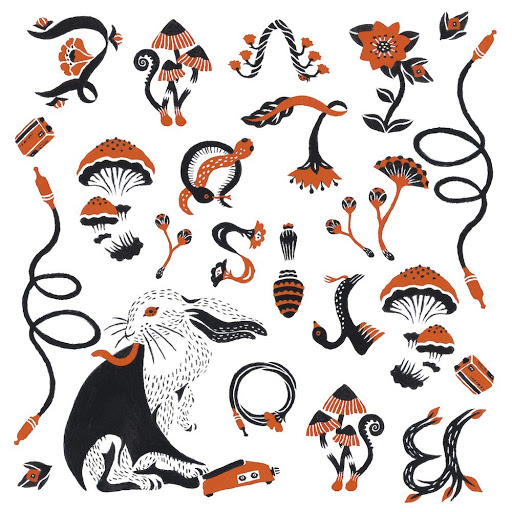 Generally speaking, releasing your new album on the same day as you re-press two of your biggest releases (namely the hella metal Akuma no Uta and the utterly sublime Feedbacker) doesn’t really inspire much confidence but then again, Boris have never taken the safe route with anything. LφVE & EVφL, a double album and their first for Jack White’s Third Man Records, acts in many ways like a tweak of DEAR’s career-retrospection/re-envisioning, this time not just picking up the monolithic sludge of their early works but also folding plenty of the post-rock anthemics and pseudo-pop leanings of their middle period too. In other words, if you’ve heard Pink then you likely know what you’re getting here.

In Boris’ defence, that’s not much of a criticism as much of it feels like the band doing what they do best. Wata’s understated solos feel impeccably well-tailored to the album’s glacial pace, while her guitar tone on monolithic closer“Shadow of Skull” is a Sleep-worrying triumph of volume and tone. Likewise, Atsuo’s reliance on thunderous beats puts him in good stead and even if he doesn’t ever get the chance to really run wild, the tribal surges of “EVOL” add another feather to his now-overbrimming cap. It’s Atsushi’s vocals that really hint at LφVE & EVφL taking Boris somewhere different, though. From the relative warmth of “Away From You” to “LOVE” wheedling utterances and the desperate howls of “Shadow Of Skull”, it feels uniquely expressive.

For a band that have often relied on Wata’s flexibility of tone to do the talking, this feels like a bold step and even if it doesn’t quite take this record to the legendary status of its forebears, it’s still a worthwhile listen in its own right.