As the first date of the second leg of the “Hand. Cannot. Erase” tour loomed in, there was a palpable sense of anticipation, for September 15th promised not only an immersive experience into the part fascinating, part tragic story of his latest masterpiece, but also a revisiting of some of the early creations that helped catapult Wilson’s career and gain his former act Porcupine Tree a now deserved cult status.

The Portuguese crowd was the first to witness the beginning of a revisiting endeavor with something for everyone: from curious first-timers, through revisionists bearing “Fear of a Blank Planet” t-shirts up to his most recent fans, Steven Wilson’s show in Meo Arena’s Tejo Room would deliver in every possible way to all in attendance.

As “First Regret” started to echo throughout the room, one by one, all band members began to take their places with cheerful applause, making way for the maestro itself to enter the stage in his usual stripped down, barefoot manner, who then proceeded to commence the evening with the Rush-inspired 10-minute epic “3 Years Older”. The interplay between sound and giant screen visuals gave the audience a glimpse of Joyce Carol Vincent’s life throughout songs like “Hand Cannot Erase” and “Perfect Life”, providing an engaging storytelling backdrop that gave a more meaningful context to each of the songs. Ninet Tayeb’s presence and magnificent voice were made possible in “Routine” on the account of Wilson’s Apple MacBook, something that he promptly described as cheating, but at least was “being honest about it”. The remaining alignment of “Hand. Cannot. Erase” was dutifully played (except for “Transience”), with the chilling “Ancestral” marking one of the concert’s finest moments. “Index” from “Grace for Drowning”, “Harmony Korine” from “Insurgentes” and Porcupine Tree’s “Lazarus” made up for Wilson’s first incursions to his past during the first half.

Wilson’s backing band was, for the most part, nothing less of stellar, but attentions were turned mainly to Craig Blundell and Dave Kilminster, both replacing the two musical behemoths who recorded Hand. Cannot. Erase. While Blundell managed to deliver highly accurate and energetic renditions of Marco Minnemann’s intricate drum work, Kilminster opted to take some detours from Guthrie Govan’s style. His fret work sounded competent enough, but if one listened closely, it really didn’t exhibit the same flashes of brilliance put on to tape by Govan, with this being especially evident in “Regret #9” and “Ancestral”.

However, if most of the connoisseurs thought that Wilson wasn’t making any substantial changes to his setlist, the encore section would bring them some unexpected surprises. A giant translucent curtain dropped on the stage as “Temporal”, a Bass Communion song, marked the beginning of the encore. The awe in everyone’s faces at the images being cast was something delightful to watch, and as the four-minute projection ended, Wilson & Co. appeared from behind the curtain to deliver a powerful rendition of “The Watchmaker”. For the following three songs, all Porcupine Tree fans in attendance were gladly being taken back to the past decade as Wilson proceeded to play “Sleep Together” and the duo of “The Sound of Muzak”/“Open Car” (which the Brit said “needed a suitable metal guitar”), both never performed live by his solo band before. The remarkable “The Raven that Refused to Sing” ended a brilliant concert that gave us a chance not only to witness an incredible display of musicianship, but also a live proof of why Wilson is nowadays considered a top reference in the Prog Rock domain. A night and experience to remember. 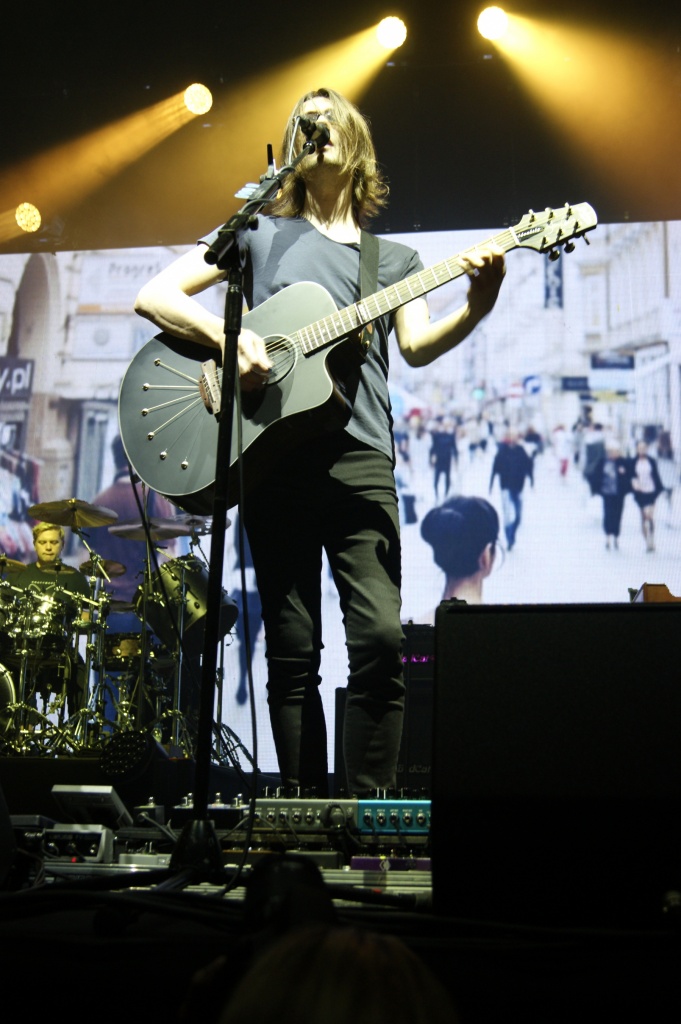 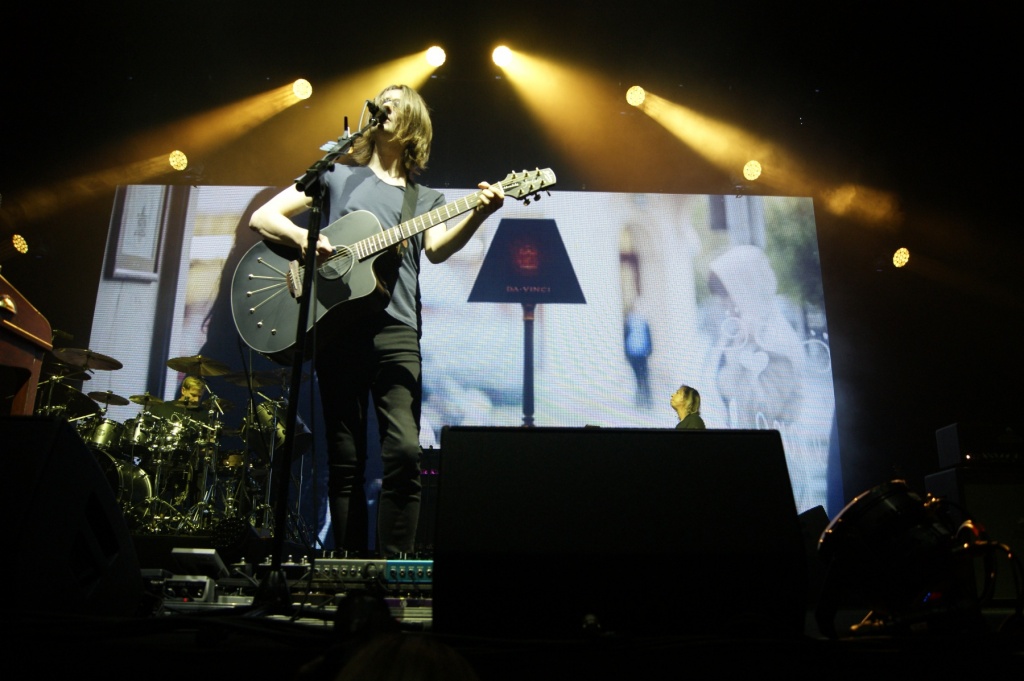 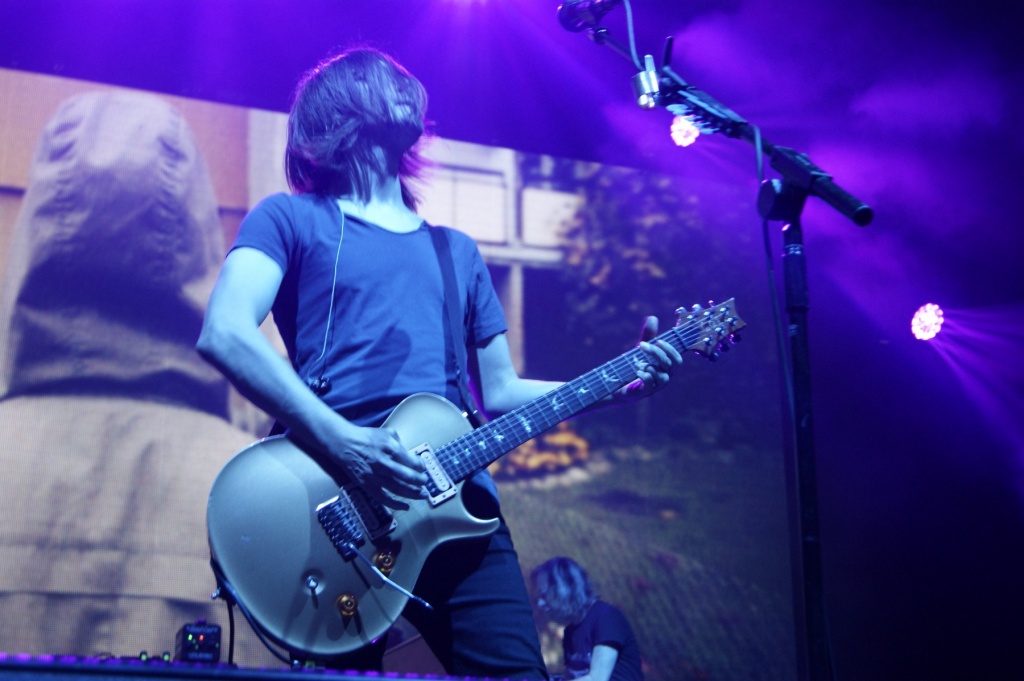 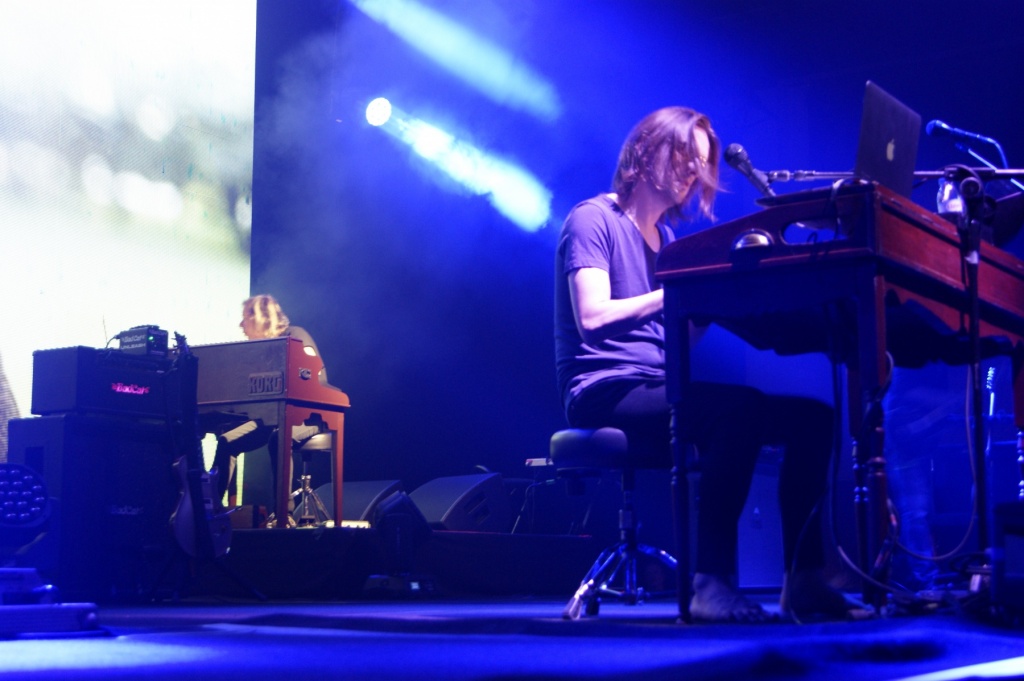