This year’s edition of NOS Primavera Sound started with Waxahatchee. Katie Crutchfield took the stage alongside her sister Allison and her band played tracks from each of Katie’s past three albums, Cerulean Salt, Ivy Tripp, and the new, acclaimed Out in the Storm. The lack of intimacy, normal of a opening in a festival, was probably the main handicap of their engaging performance, where the band’s indie rock evokes a nostalgic spirit that harks back to the 1990s. 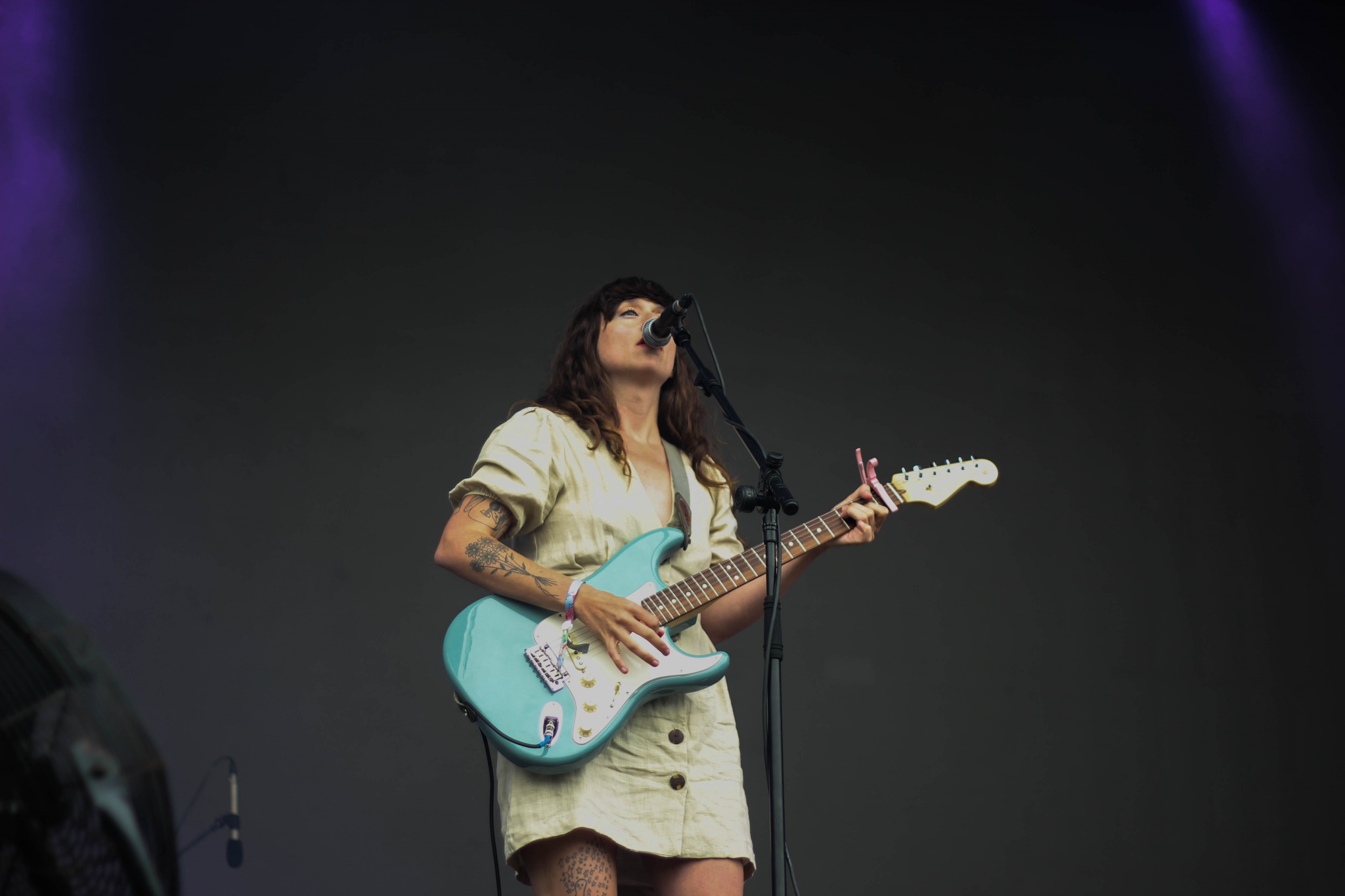 Starcrawler is one of the most exciting new acts around. With a self-titled debut recently released via Rough Trade Records on their belt, the LA’s glam-rock outfit delivered a riotous and visually impressive rock and roll gig. Ozzy Osbourne-inspired vocalist Arrow de Wilde made use of the stage to twist her body into angular poses, somehow way more close to Iggy Pop than almighty King of Darkness. Menacing and fucking brutal, Starcrawler was one of the main highlights of the day, that’s for sure. 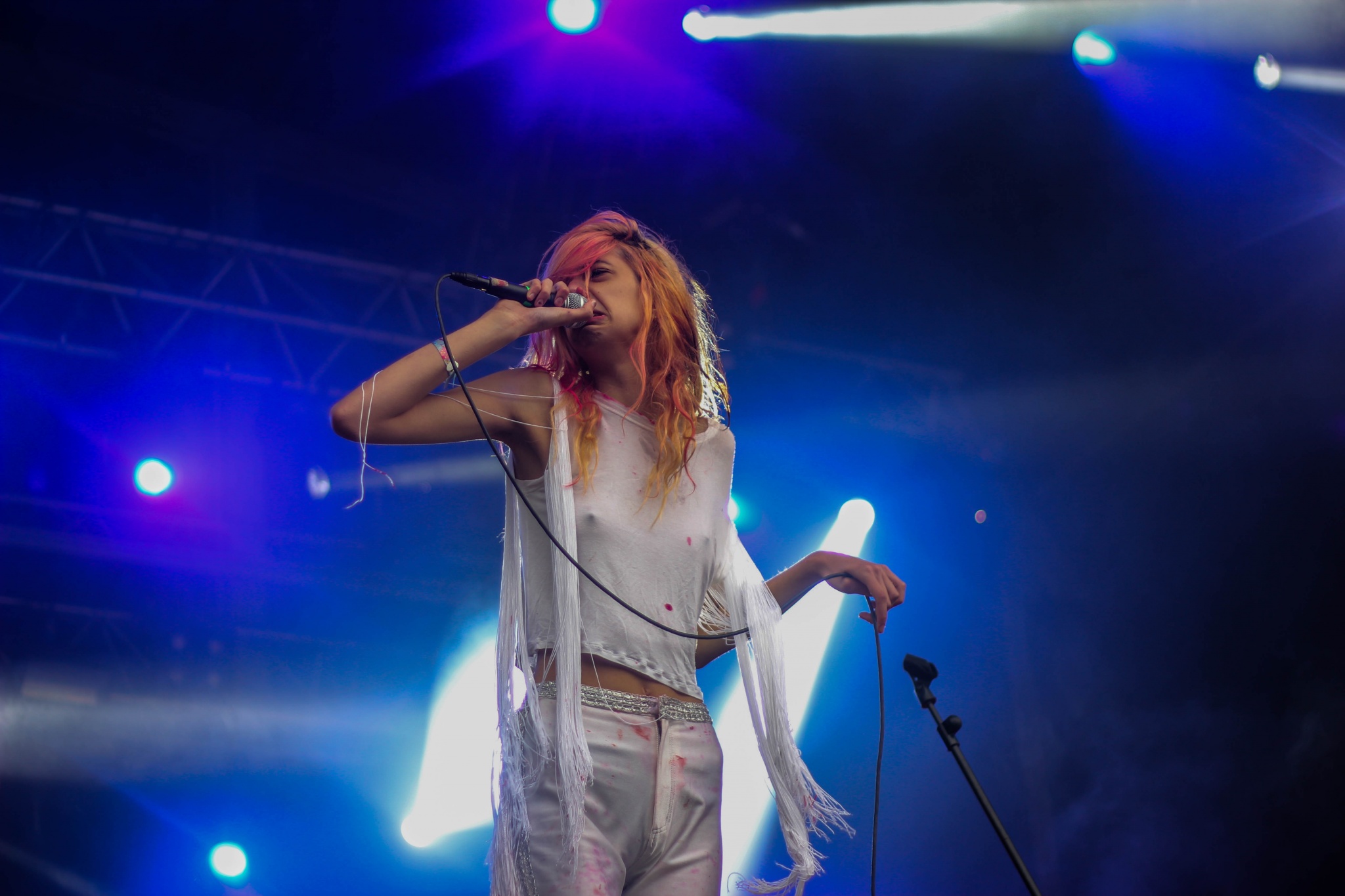 Undoubtedly one of the biggest names in this year’s Primavera, Father John Misty didn’t seem too anxious. As a matter of fact, Tillman couldn’t look more relaxed and prepared – I’m sure it helps having an amazing band behind him. In the midst of arguably his best creative moment, Father John Misty delivered a near-perfect show. What more could we ask? 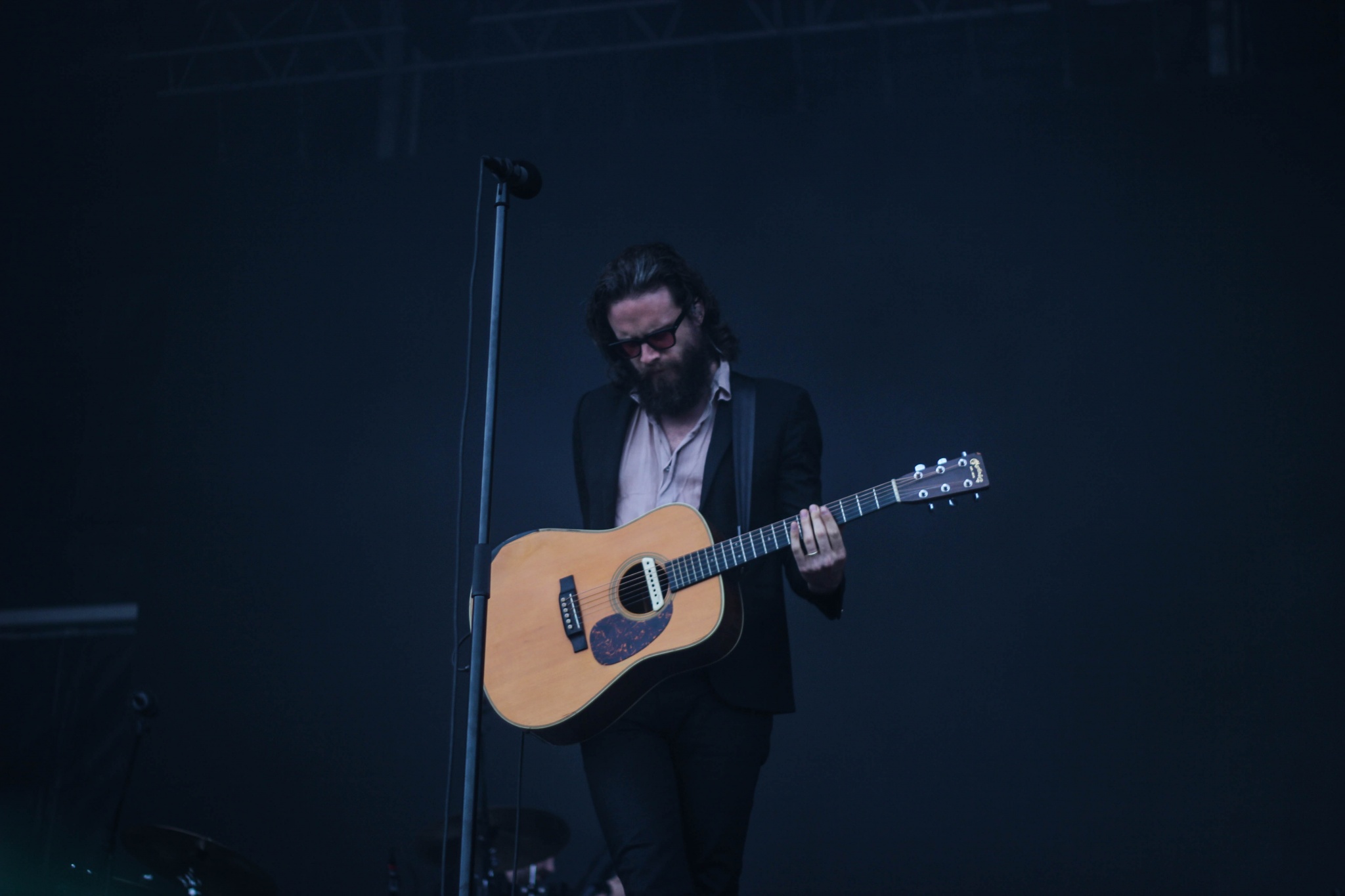 It’s been well established that Lorde is a special case in mainstream pop music, and there’s little or nothing to argue about it. Her songwriting skills are for the most part top notch and her voice is equally impressive. Unfortunately, the Australian star seemed a bit exhausted – even though she was clearly doing her best to deliver to the people. That fact naturally affected the show. It was competent but nothing more than that…Ok, and it’s nice to hear such good songs. 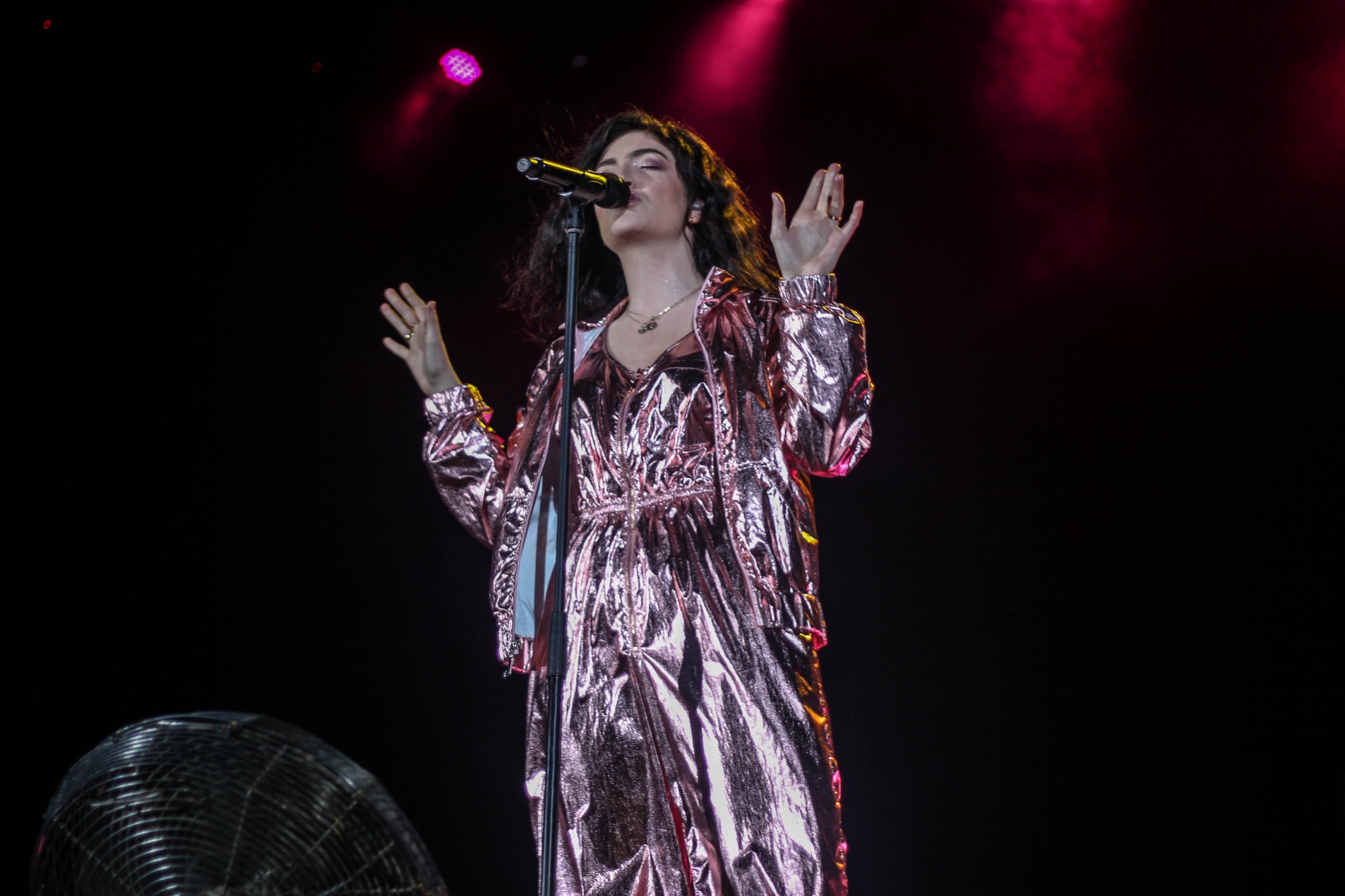 Tyler, the Creator is a different cat, and nothing proves it better than watching him performing live. The stage was set in a way that it looked humongous and Tyler alone on it, just… owning it, like few people could. A set centered on his latest and revered album, Scum Fuck Flower Boy, Tyler showcased a range and attitude so damn powerful that the audience had no choice but to be taken hostage. It felt good to be taken hostage, especially when you’re in front of such singularity. Also, the connection between the public and Tyler was nothing but awe-inspiring. 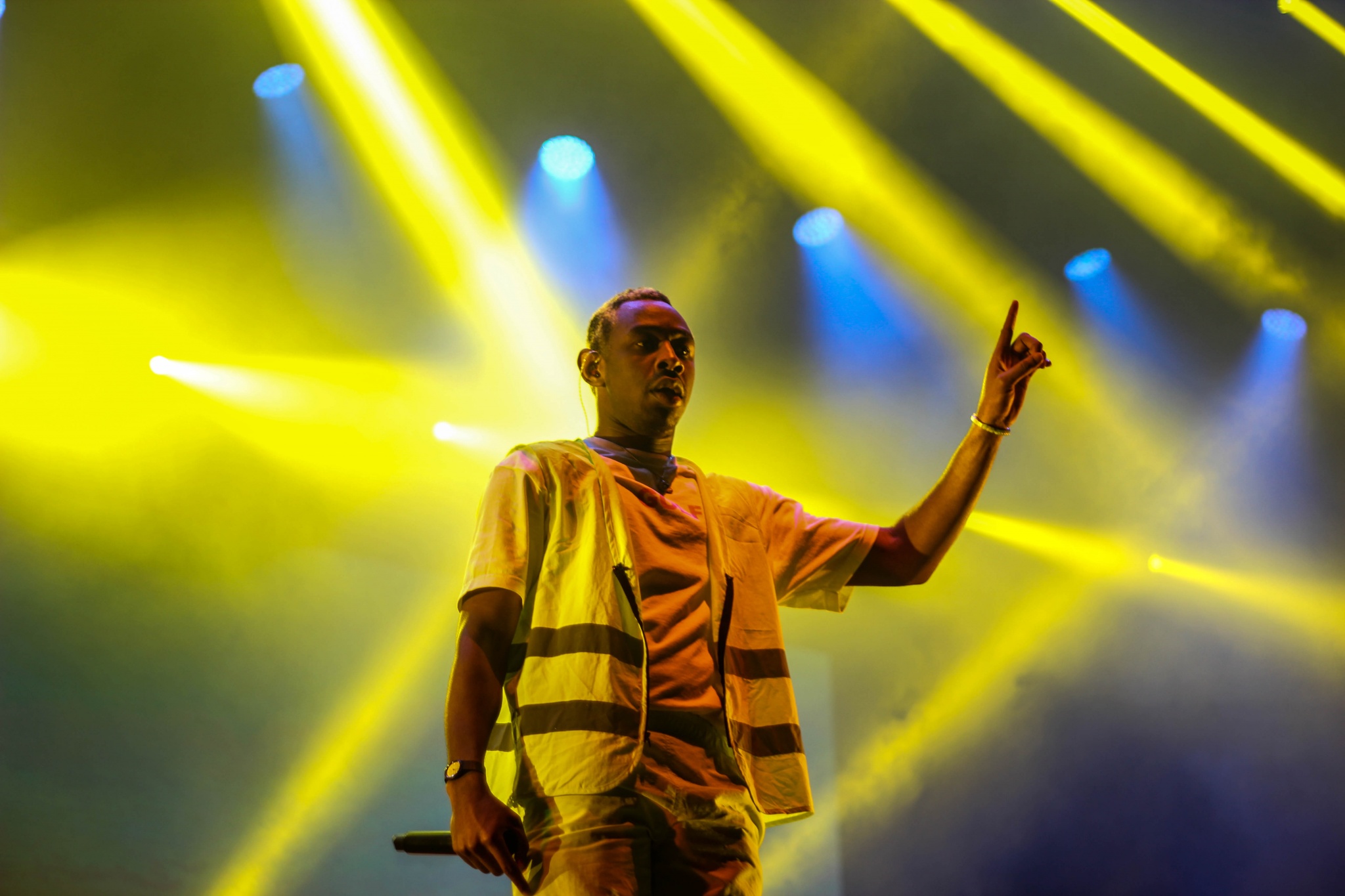 Bristol-based rock outfit IDLES are renowned for their aggression and energy, but nothing could prepare the audience for such a beautiful and destructive storm. It’s something else being able to witness such mayhem. An unmatched energy carried a set filled with bold and highly relevant statements, both politically and socially. Seeing a band like IDLES parading and abusing the runway was also a huge highlight of a performance that was already mind blowing. 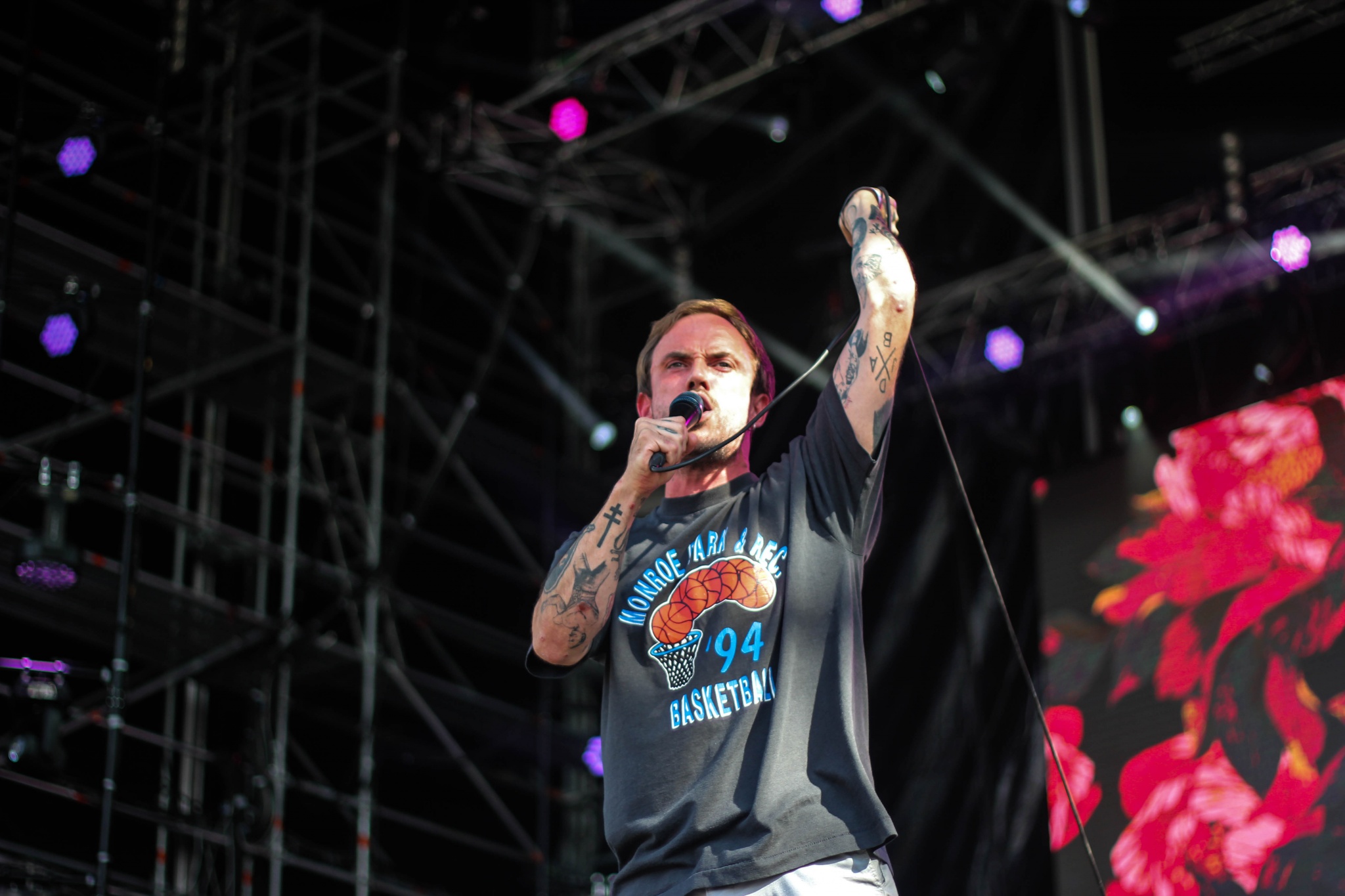 Zeal & Ardor, one of most peculiar and special bands not only on this year’s Primavera Sound but on the entire music world, were one of the most anticipated acts. We know it works in the studio, but what about live? Well, it’s even better. The mix between black metal and blues, gospel, soul, and chants is incredibly well-crafted and live – on the day they were releasing their new album, Stranger Fruit – the minutiae of their sound was truly delightful. A wonderful experience. 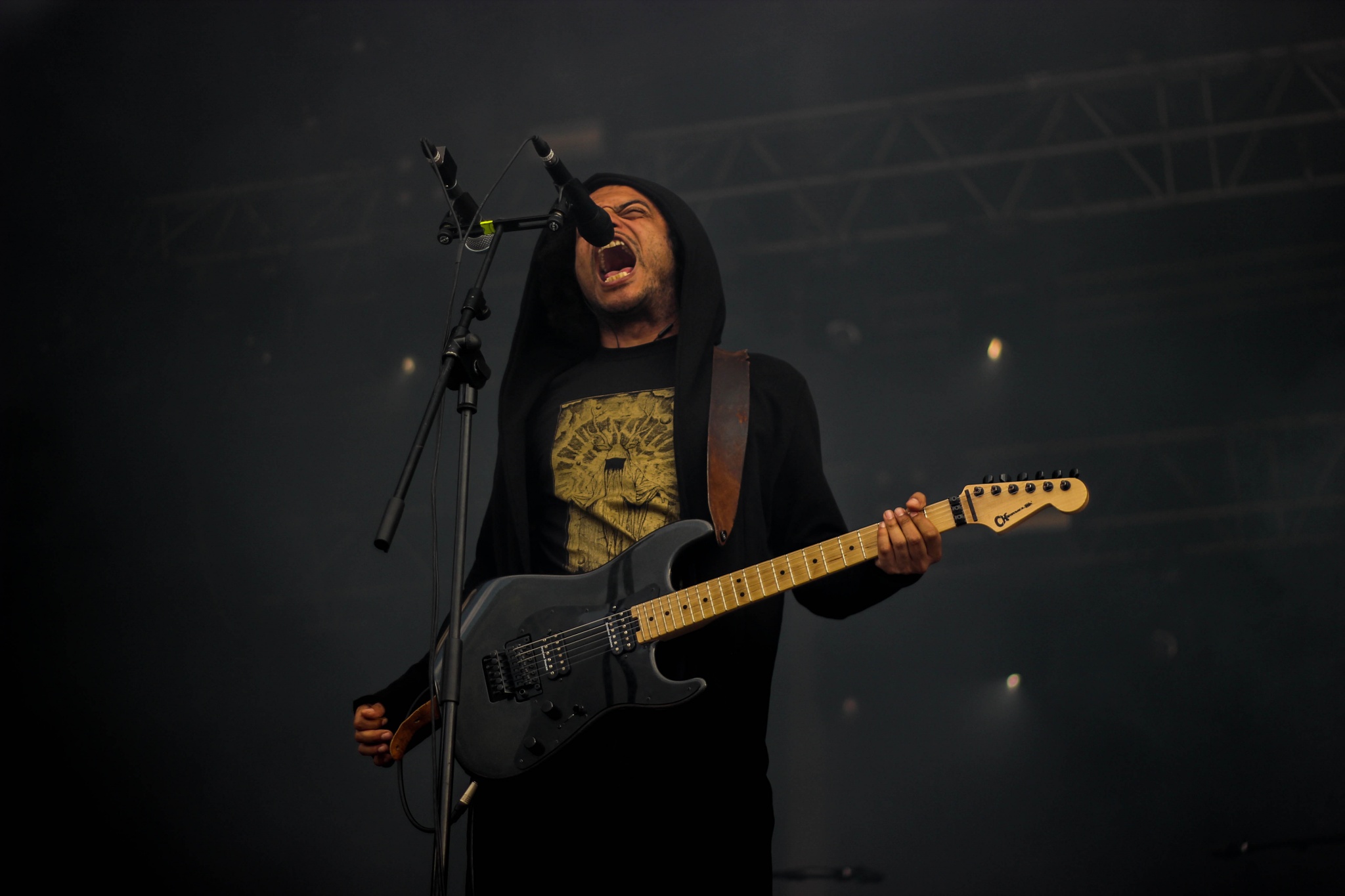 The Breeders, the project of Kim Deal of Pixies, are back. In fact they’ve released this year a solid album, ten years after their fourth album Mountain Battles (2008). All good and well but The Breeders are definitely a band for smaller clubs, and not for the open air festivals like Primavera. As straight as we can be: it was dull and even at times boring.

Ibeyi was all about good vibes. Yeah, it might sound a bit tacky and at times even over-rehearsed, but the truth is that the French (with Cuban and Venezuelan origins) duo find a way, time and time again, to create that environment. Much like their albums, the performance was a bit minimalist, and much like in their albums it was enough to enchant an audience. The twin sisters definitely know what they’re doing and how it should be done. 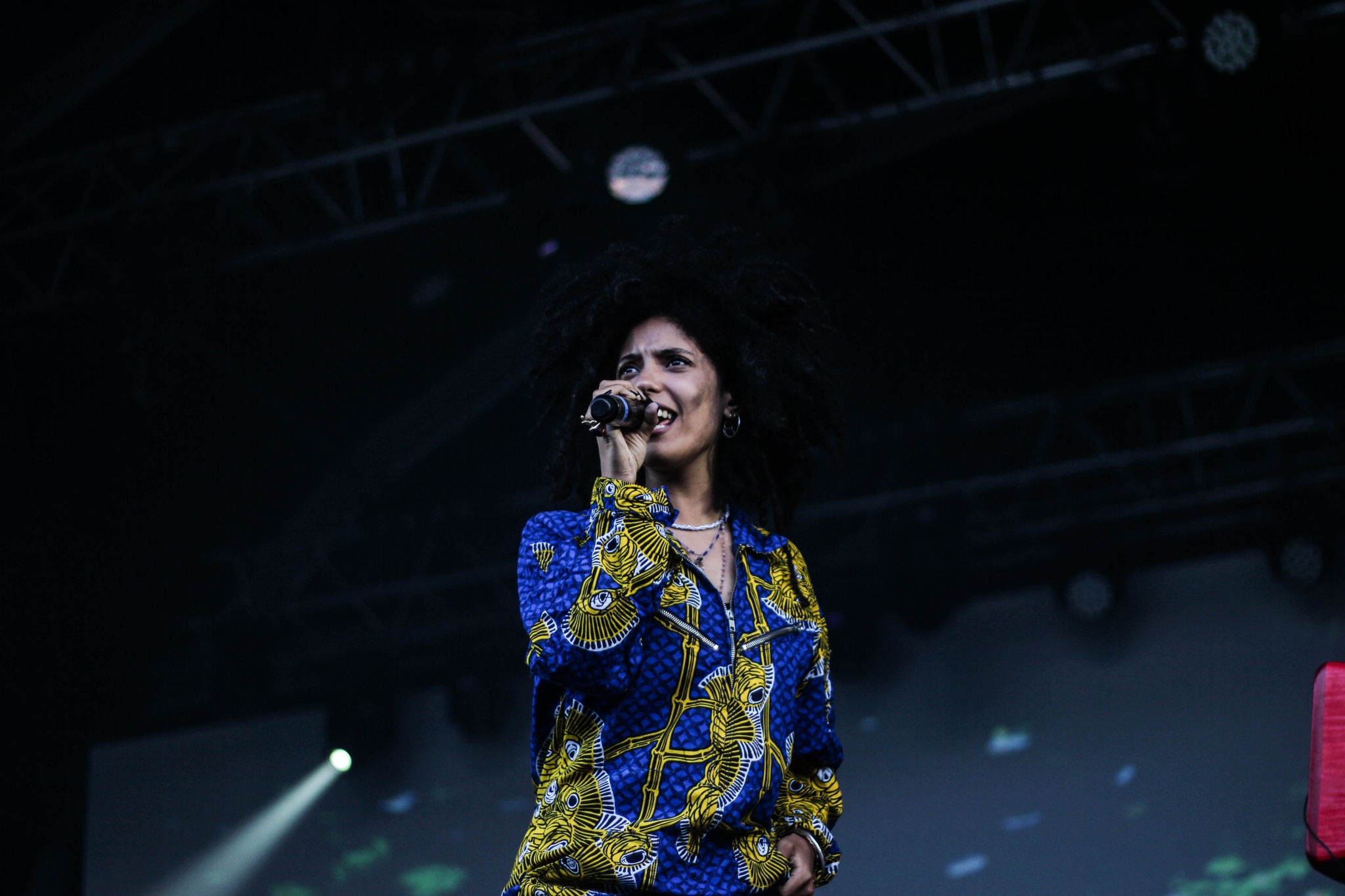 Footage of Kurt Cobain, Farrakhan, violence, and twerking were the backdrop to one of most surgical performances of the entire festival. Vince Staples, who is undoubtedly one of the most enthralling minds and voices in the current hip hop scene delivered. With a set that featured many songs of his latest album Big Fish Theory, the North Long Beach rapper was impeccable in his debut.

An edition of NOS Primavera Sound without Shellac is something that we can’t even think about, actually we can’t live without having Steve Albini in our lives. Shellac are in impeccable form and their live show is an astounding spectacle. 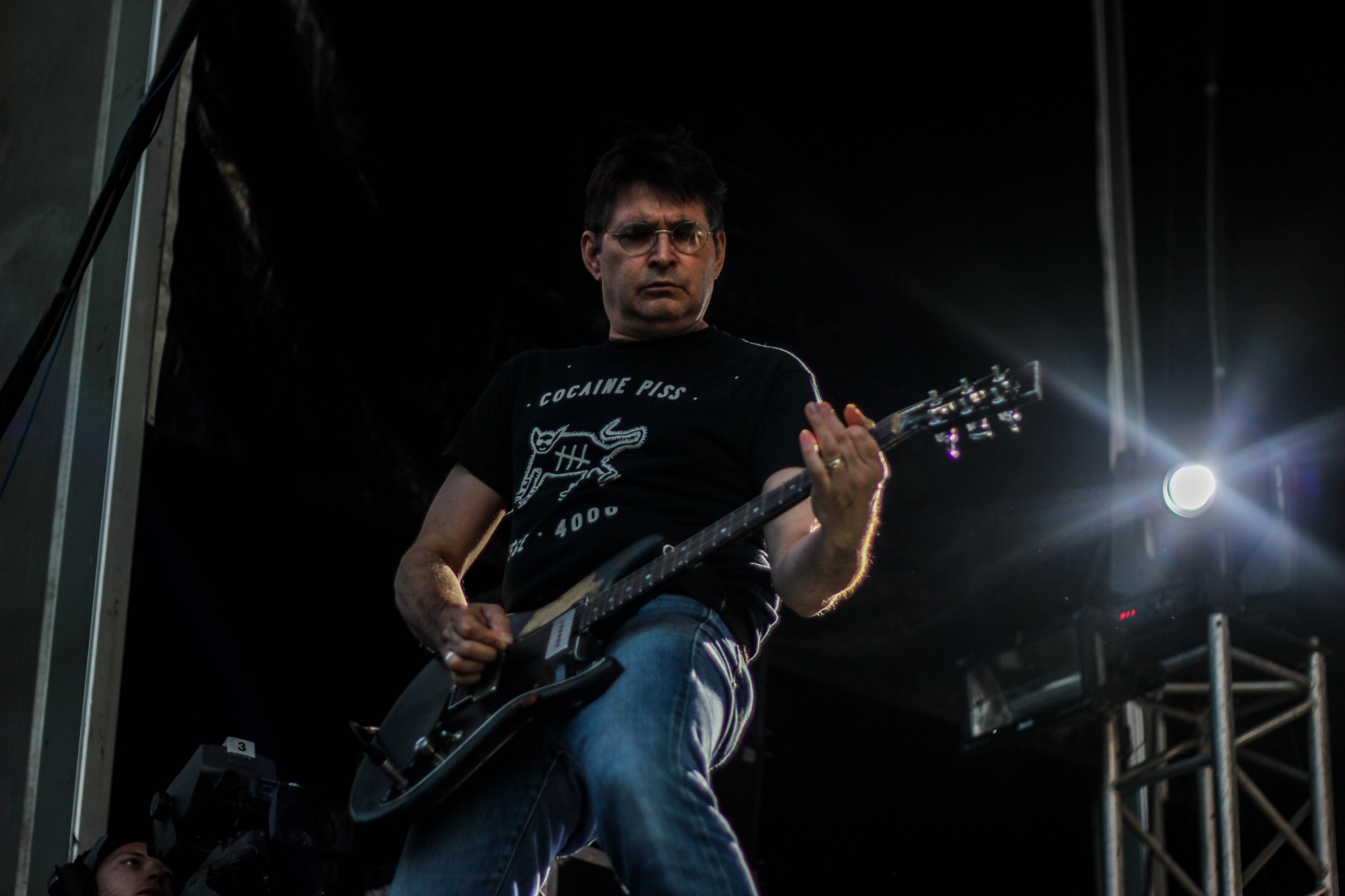 If there is an award for the most disappointing performance, then A$AP Rocky is the clear winner – no doubts. Presenting his new full-length, Testing (an album that lacks even more than previous releases), the New Yorker didn’t seem too interested in putting out a great performance. Instead we were presented with a mere hype man that was screaming, jumping, and running around… sometimes completely senseless. What a waste of a runaway.

Thundercat must be really famous in Portugal. Hundreds and hundreds of people surrounding the Pitchfork stage to check the Kendrick Lamar and Flying Lotus collaborator. A session of freaky jazz and songs about cats and videogames didn’t seem to appeal as many people started to give up after a couple of songs. Those who stayed were blessed with an incredible level of proficiency with some humor in the mix. AWESOME! 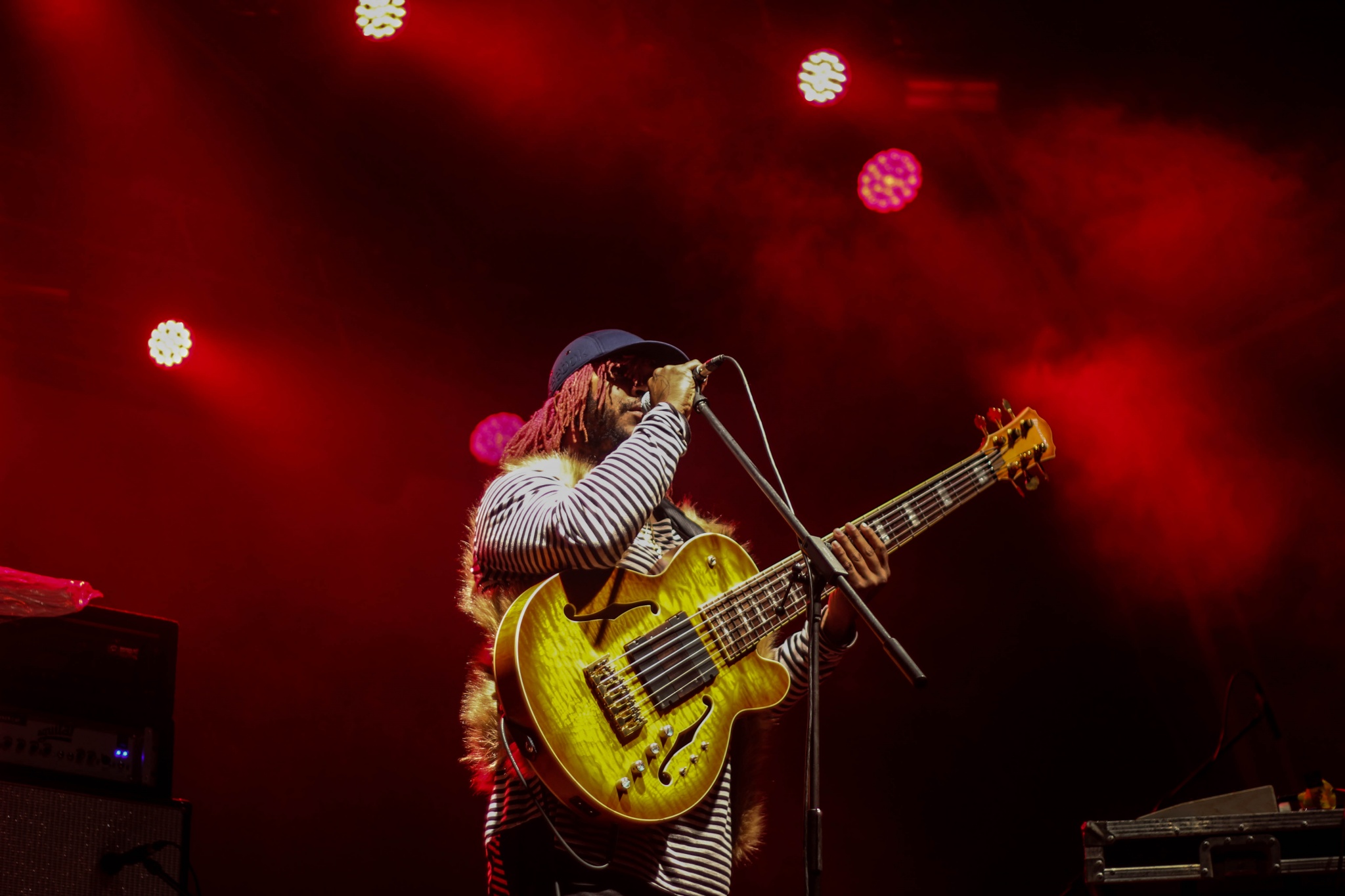 Kelela was very touched seeing hundredths of people in the audience in the rain just to watch her. That didn’t stop her of using playback at various moments. The highly emotive songs and Kelela’s voice are the special and pivotal element in her music, and unfortunately her performance wasn’t very telling of her biggest strengths for the most part. Far from awful, but also far from impressive.

After standing in the rain the whole day one would be quite happy to punch the moron who said a little precipitation would make the Bad Seed’s gig even more special. As 22 o’clock arrived, our lord and savior Nicholas Edward Cave finally emerged on stage, along with his right arm, the world’s nicest maestro, Warren Ellis, and all his friends. Before them, a wet and weary but loyal and, finally, happy crowd, after three days of way too many so-so gigs (except for the newest greatest band in the world, IDLES, and very few others). If one had been thinking about how an independent gig in a smaller venue full of people who actually give a shit about his work would have been much better, that idea was immediately crushed by the immense, rough but somehow welcome drone that initiates “Jesus Alone” — the track that starts his first album since the tragic events that took place in 2015. Many probably were not expecting that degree of sonic abuse (and expression), that certainly pleased fans of bands such as Swans or Einstürzende Neubauten, which just assured this was going to be a memorable night, with or without the rain, a lover or money for more beer. They played a few classics along with the newer tunes and all that boring journalist mumbo jumbo… Nick showed (he doesn’t have to prove shit) why he is one of a kind among the one of a kinds, up there with the Waits, the Cashes, the Iggys, the Dylans and the Bowies of the world, and not the rain nor the morons could ever fuck this up for those of us who paid good money and drove half of the country to see fuckin Nick Cave and the Bad Seeds.