For Today released last year their sixth studio full-length album, Wake, and also joined the Nuclear Blast family. Starting next month, on April 1st, the band will be touring Europe with special guests Silent Planet and Novelists, who also have their latest album Souvenirs (released in 2015) to present to European audiences.

We’ve teamed up with For Today and Nuclear Blast for a give away contest (for one of the four UK shows that the band will play – dates below) to win 1 x UK show ticket and a t-shirt*. It’s a package deal (1 ticket + 1 t-shirt per winner) so we’re looking for two winners. To participate in this contest you will have to:

The contest ends on April 8th.

*  The winners will receive an email that they can take to the merch booth at a show – and they will be able to choose from one of the four shirt designs. Check the four designs below:

If you happen to to live in the UK area there are other cities and countries where you can catch these three bands live. Full list of dates below: 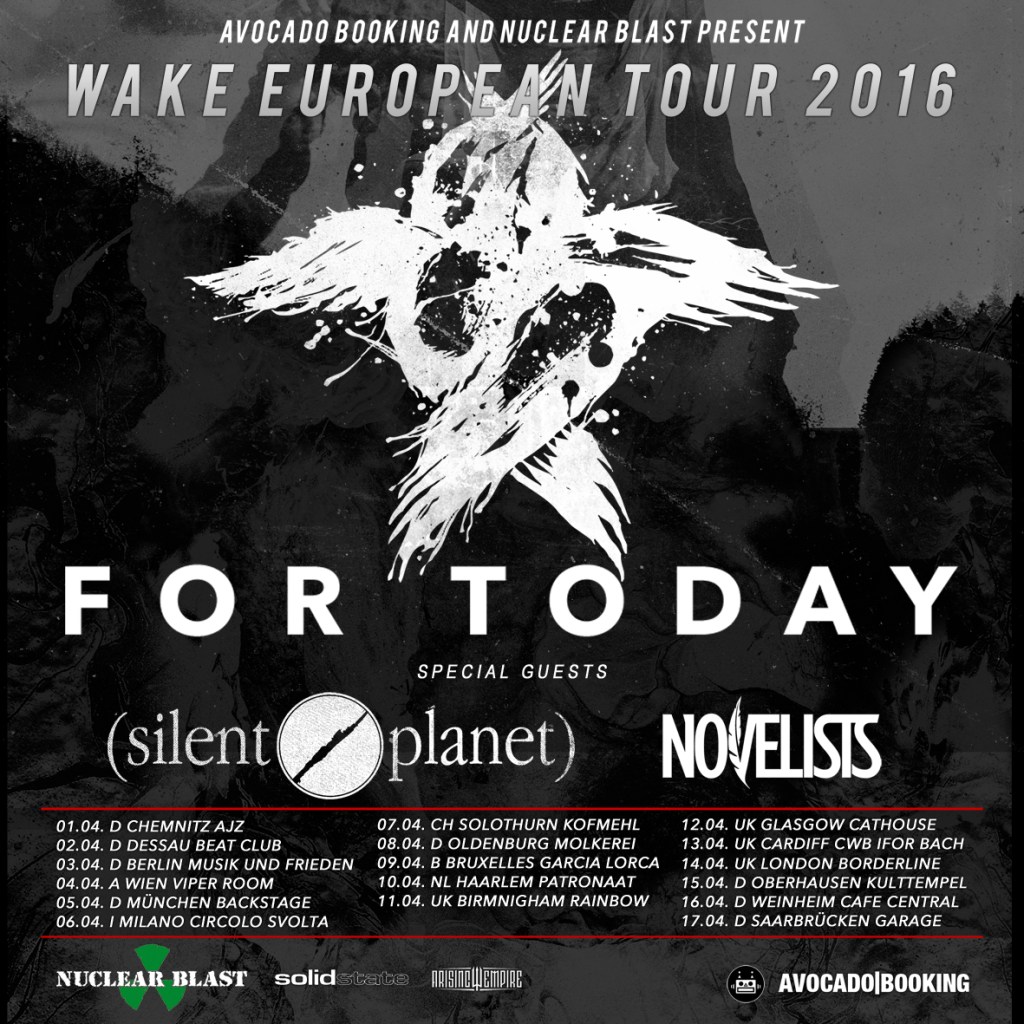