In anticipation to the release of his new film Everybody Wants Some!!, we decided to put up a guide about self-taught writer-director Richard Stuart Linklater for those who don’t know this singular director’s background – or for those who haven’t watched some of his essential films. When talking about Linkater, the first films that probably come right away to mind is the amazing and timeless trilogy Before Sunrise, Before Sunset and Before Midnight; or even the most recent and one of the best films of this decade, Boyhood. But there’s more impressive stuff in the between and so we picked up the films that best defined the importance of this distinguishable filmmaker. 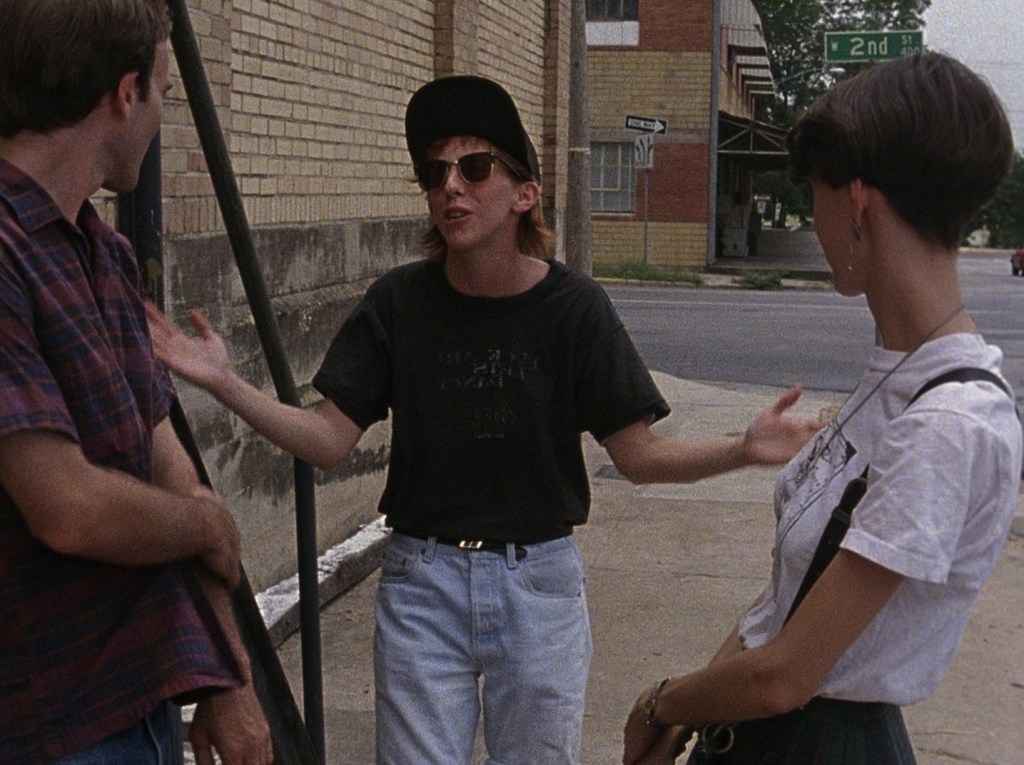 Slacker follows various characters and scenes, never staying with one character or conversation for more than a few minutes before picking up someone else in the scene and following them. The characters include Linklater as a talkative taxi passenger, a UFO buff who insists the U.S. has been on the moon since the 1950s, a JFK conspiracy theorist, an elderly anarchist who befriends a man trying to rob his house, a serial television set collector, and a hipster woman trying to sell a Madonna pap smear. The woman selling the pap smear appears on the film poster, and was played by Butthole Surfers drummer Teresa Taylor. Most of the characters grapple with feelings of social exclusion or political marginalization, which are recurring themes in their conversations. They discuss social class, terrorism, joblessness, and government control of the media. Feels so much like nowadays, right? 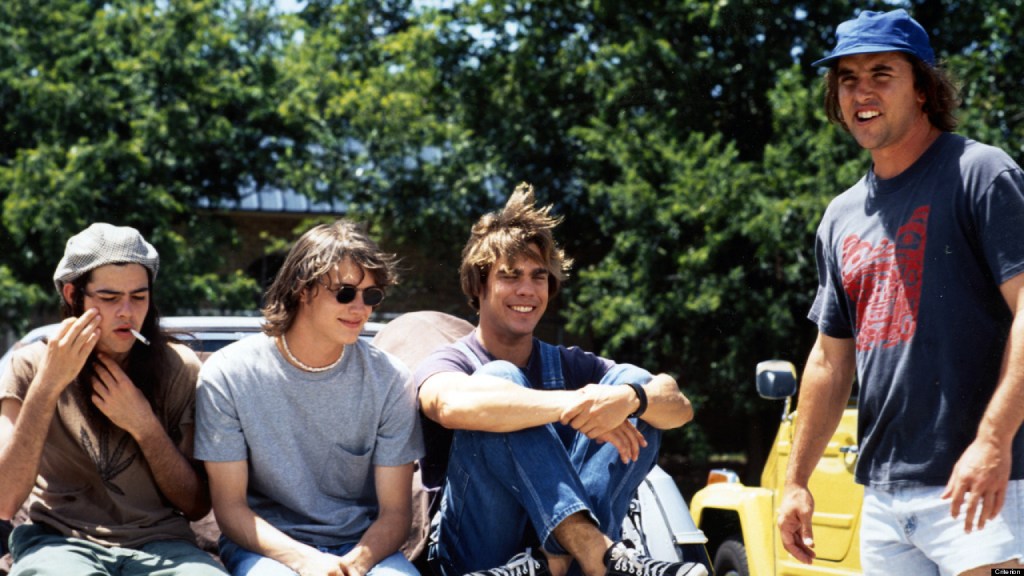 The end of the 1976 school year in a Texan small town is cause for celebration of the summer break. But first the Seniors are excited to chase the newbies, whom they may submit to merciless hazing, which for boys takes the stern-scorching form of no-nonsense spankings. However futile, attempts to escape are made, yet pointless for the members of the baseball team, which has to play that evening, before the partying, when alcohol is to anesthetize their seat-sting. Mitch Kramer becomes the prime prey after his stupid sister actually asks the boys to go easy on him, which only senior quarterback Randall “Pink” Floyd does, while senior year-repeater Fred O’Bannion adds frustration to his reputed zeal for spanking sorely sorry. 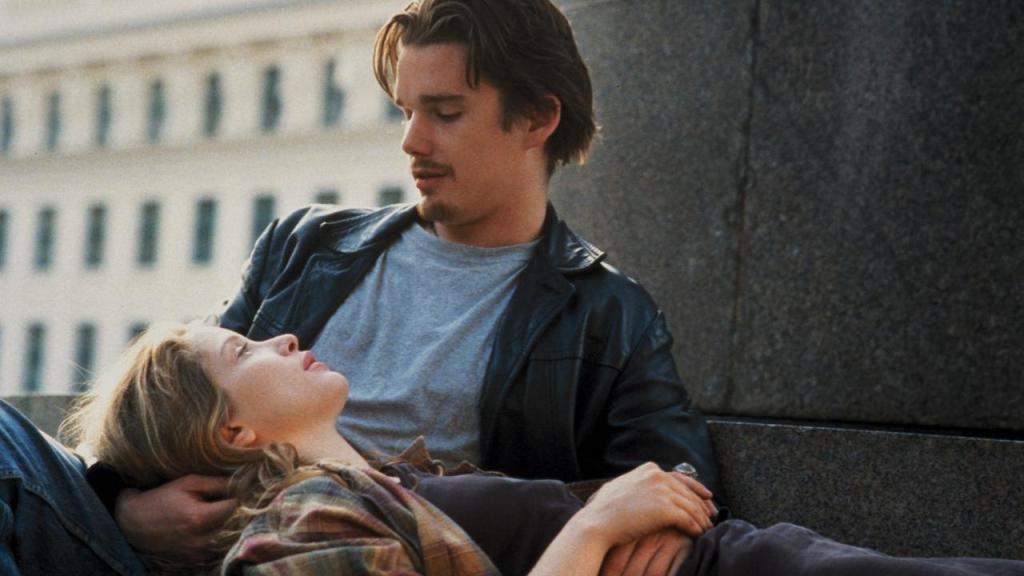 The film follows Jesse (Ethan Hawke), a young American man, and Céline (Julie Delpy), a young French woman, who meet on a train and disembark in Vienna, where they spend the night walking around the city and getting to know each other. The two characters’ ideas and perspectives on life and love are detailed. Jesse is a romantic disguised as a cynic, and Céline is seemingly a romantic, albeit with some doubts. Taking place over the course of one night, their limited time together is always on their minds, and leads to their revealing more about themselves than they normally would, since both believe they will never see one another again. 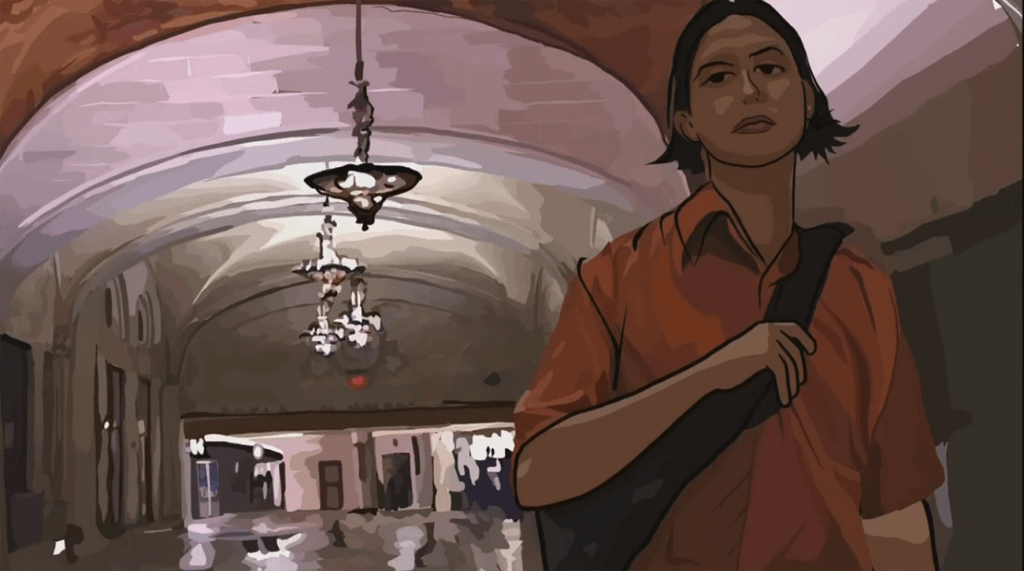 This is the first (and currently only) animated film released by Fox Searchlight Pictures. The film explores a wide range of philosophical issues including the nature of reality, dreams, consciousness, the meaning of life, free will, and existentialism. Waking Life is centered on a young man who wanders through a variety of dream-like realities wherein he encounters numerous individuals who willingly engage in insightful philosophical discussions. Many questions are posed by the film: How can a person distinguish their dream life from their waking life? Do dreams have any sort of hidden significance or purpose? The film was entirely rotoscoped, although it was shot using digital video of live actors with a team of artists drawing stylized lines and colors over each frame with computers, rather than being filmed and traced onto cells on a light box. The film contains several parallels to Linklater’s 1991 film Slacker. Ethan Hawke and Julie Delpy reprise their characters from Before Sunrise in one scene. 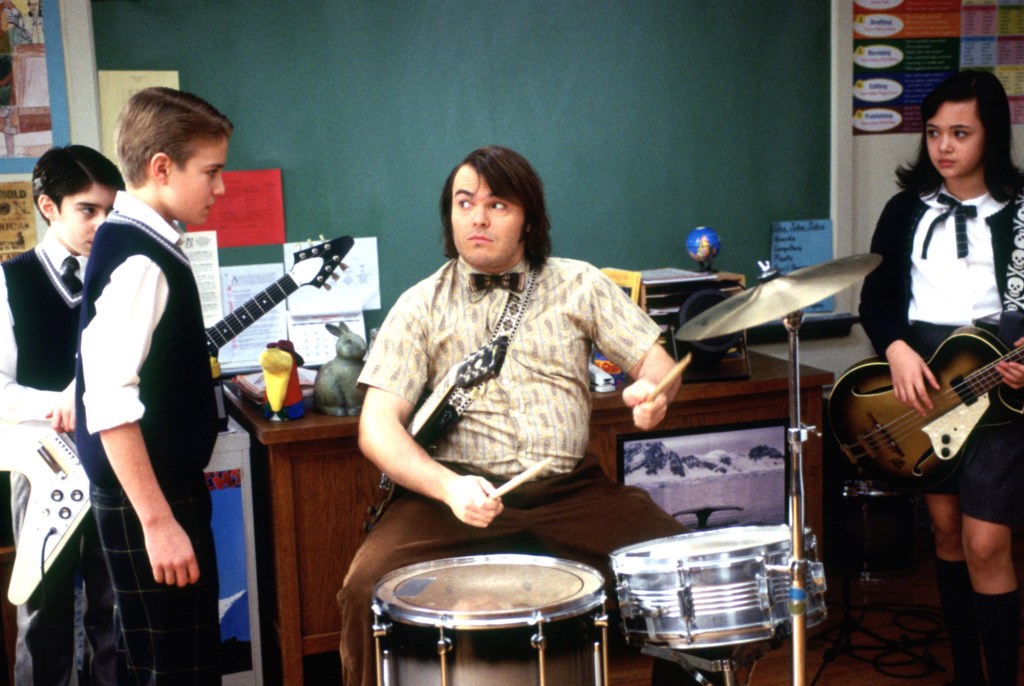 Dewey Finn (Jack Black) is a depressed rock musician that was kicked out of his own band. Dewey is sharing an apartment with an old band member, Ned Schneebly (Mike White), who is now a substitute teacher. Dewey is 4 months behind in his share of the rent, and Ned is about to kick him out. Needing money and a job, Dewey answers a phone call for Ned, and then he pretends to be Ned Schneebly. Dewey accepts a job as a 5th grade substitute teacher at a snobbish private school. Dewey forms a rock band with the kids in his class in an effort to win the $10,000 prize money offered by a local band contest. He must do this in secret so that the school principal (Joan Cusack) and the kid’s parents know nothing of his plan. If Dewey can win the battle of the bands competition, it will solve his financial problems, and put him back in rock. 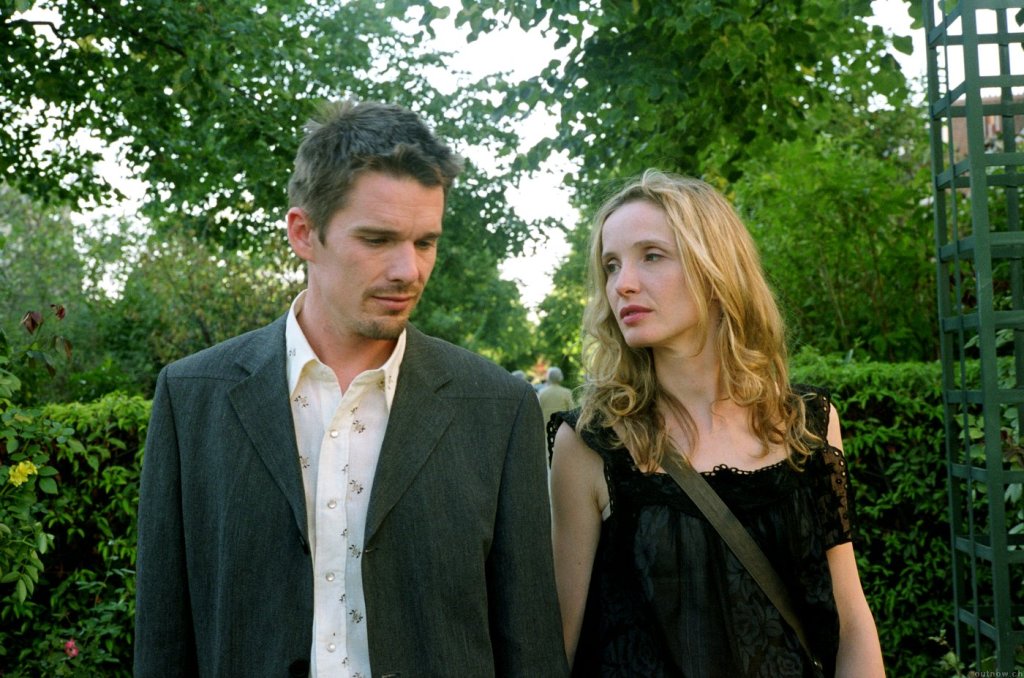 This film picks up the story in Before Sunrise of the young American man (Hawke) and French woman (Delpy) who spent a passionate night together in Vienna. Their paths intersect nine years later in Paris, and the film appears to take place in real time as they spend an afternoon together. 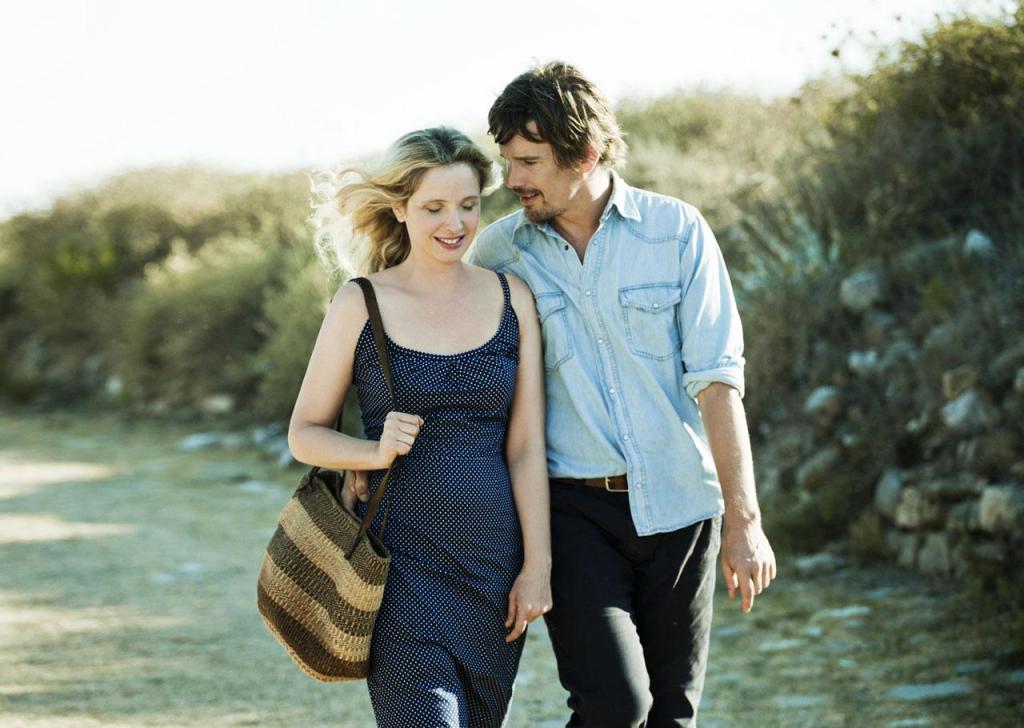 Nine years have passed since Before Sunset. Jesse and Céline have become a couple and parents to twin girls. Jesse struggles to maintain his relationship with his teenage son, Hank, who lives in Chicago with Jesse’s ex-wife. After Hank spends the summer with Jesse and Céline on the Greek Peloponnese peninsula, Jesse drops him off at the airport to fly home. Jesse is a successful novelist, while Céline is at a career crossroads, considering a job with the French government. 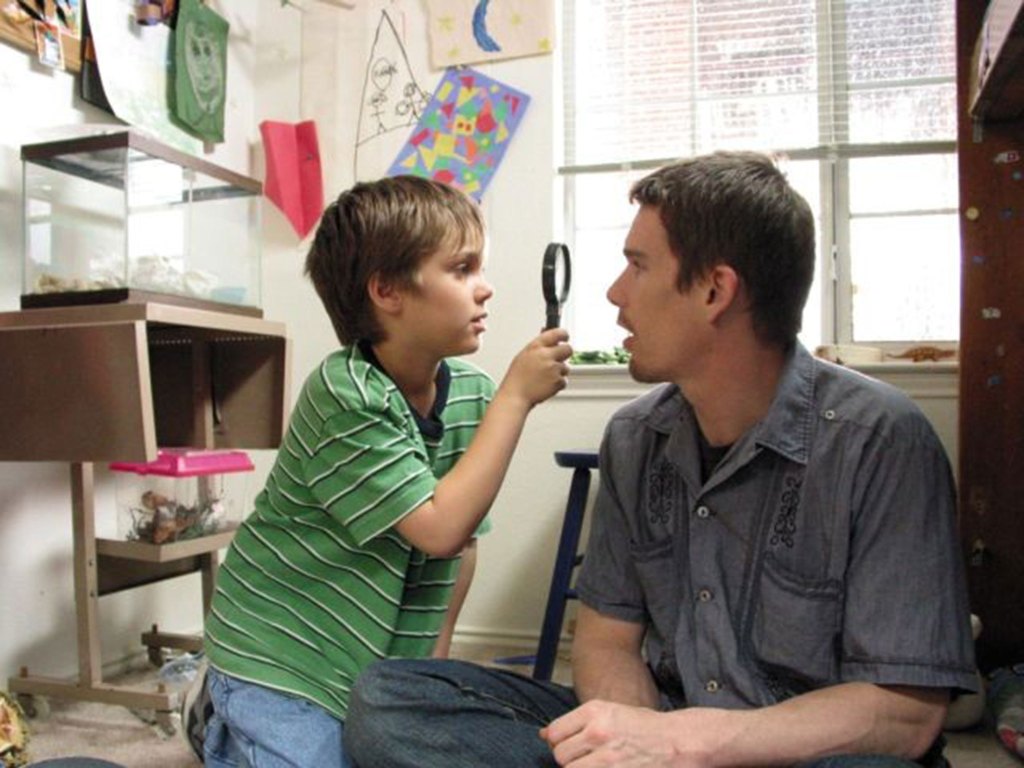 Filmed over 12 years with the same cast, Richard Linklater’s Boyhood is a groundbreaking story of growing up as seen through the eyes of a child named Mason (Ellar Coltrane), who literally grows up on screen before our eyes. Starring Ethan Hawke and Patricia Arquette as Mason’s parents and newcomer Lorelei Linklater as his sister Samantha, Boyhood charts the rocky terrain of childhood like no other film has before. Snapshots of adolescence from road trips and family dinners to birthdays and graduations and all the moments in between become transcendent. Boyhood is both a nostalgic time capsule of the recent past and an ode to growing up and parenting. 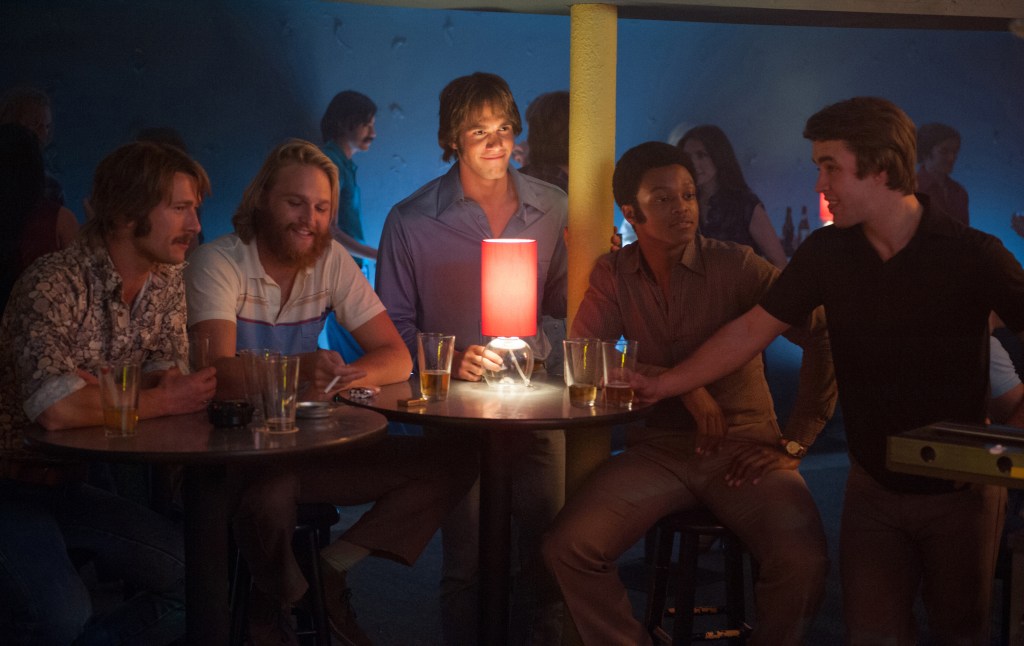 This film is considered a spiritual sequel to the film Dazed and Confused, which is set in a high school in 1976. Linklater also considers the film a sequel to Boyhood because “it begins right where Boyhood ends with a guy showing up at college and meeting his new roommates and a girl.” Set in the 1980s, the film follows the lives of college freshmen who are also baseball players. The film’s soundtrack will definitely be a summer favorite! It features songs by The Knack (“My Sharona”), Van Halen (“Everybody Wants Some!!”), Stiff Little Fingers (“Alternative Ulster”), Patti Smith (“Because The Night”), among others.