Bristol’s finest post-punk polemics IDLES have recently released their politically charged, furious, abrasive, and confrontational debut album, Brutalism. We managed to talk with frontman and lyricist Joseph Talbot about how they’ve evolved since their EPs, how they feel about our existence and our world, and what they’re looking for.

It might be a little bit hard to convince people that Welcome and Meat are works from the same band. So, I would like to start by asking what happened in between those two EPs that made you change so much IDLES’ sound and approach?
The gap between records and the change in sound was an amalgamation of logistical problems and existential dread. We came to a point where balancing practice time, gig time, work time, girlfriend time, Bowen moving to London time, fun time and all that stuff became taxing which is not a problem if you love the shit that doesn’t pay but we started to find a creative strain. It boiled down to the fact that we weren’t happy with how the writing process was going so we changed it. We didn’t try and change our genre or anything, we just started thinking less and laughing more; that made our writing more instinctive. I’m not sure the two records sound like they come from different bands, but Meat certainly is from a band that started writing from a more joyful and honest place. Welcome is by no means a lie, it was just us learning our own language.

When talking about why you chose Meat as the title for your second EP you declared, “Existential philosophy is always about trying to figure out who you are in the world… and for me, you’re just meat. We are just lumps of meat and beyond that it’s all just a thought processes.” Do you still feel the same way?
Yes I do. That isn’t to say I think it’s as simple as that but I do think it’s good to start a perspective from a point of reference. We are meat and exploring that perspective, for me, was exciting; it dislocated me from sentimentalism and fed violence into my language, spite into indulgence and sarcasm into death.

Brutalism is a movement in architecture that originates from the French word for “raw” and typically massive in character, fortress-like, with a predominance of exposed concrete construction. So, did you the term to describe what the album looks like or to point out what you’re aiming at with it?
Brutalism worked as a description of what was happening and a brief for moving forward. In short, the album to us was a monolithic, raw sounding, head stone shaped car-park, carrying all our issues and decompartmentalising them into ugly, angry/happy songs. NCP meets catharsis, if you will.

Why have you decided to title “Mother” the track that contains the following verses, “Sexual violence doesn’t start and end with rape / It starts in our books and behind our school gates / Men are scared women will laugh in their face / Whereas women are scared it’s their lives men will take”?
“Mother” was a song that explored the roles of my mother and, in turn, of women in my life. The lyric you plucked was inspired by a Margaret Atwood quote which opened my mind to sexual violence and led me to think of my mother’s past relationships and her vulnerability as a women beyond her as a mum. “Men are afraid that women will laugh at them. Women are afraid that men will kill them.” I didn’t want the song to lead the listener down a certain path, but intend to open up conversations of womanhood.

What’s the connection between 1049 Gotho, a carbonaceous asteroid from the outer region of the asteroid belt, with your friend’s depressions?
It came from a conversation about what to call it and I mentioned an analogy of depression a friend used referring to it as a huge black shadow surrounding you all the time that is cripplingly heavy, but not seen by others. Weirdly, Bowen heard this and said “Gotho”, someone later googled the word and so 1049 Gotho appeared. I love that strange coincidence. What better way to imagine depression than a huge asteroid hurtling toward you with no escape but the collision itself. 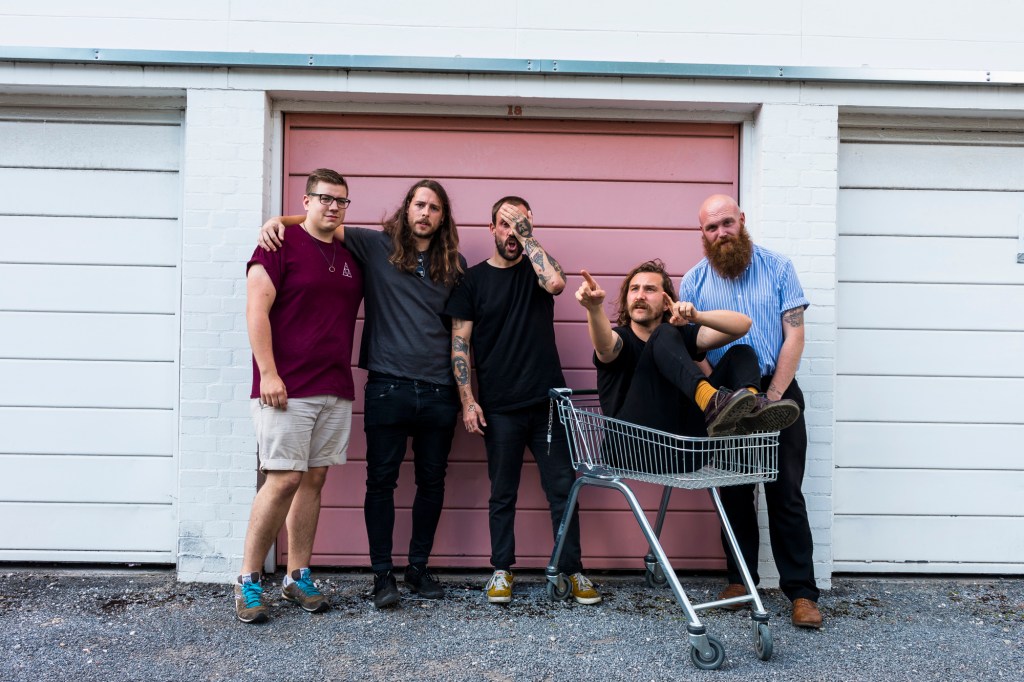 “The current art landscape is probably mirroring that of the current landscape as a whole in this country. The only way through comfortably is with money which is why so many resent it, but I still can’t deny just how important it is for the soul.”

Stendhal syndrome is a point of discussion where many disagree. What’s your thoughts regarding this specific disorder and its place in today’s art landscape?
I think it bizarre that anyone could deny the overwhelming effect art has on people. The point of the song is to highlight the ridiculousness of denying what some people are propounding hit by. Why deny someone of a passion just because you don’t get it? Fucking stupid. The current art landscape is probably mirroring that of the current landscape as a whole in this country. The only way through comfortably is with money which is why so many resent it, but I still can’t deny just how important it is for the soul.

Like many people who are not living in or are not from Britain, I was unaware of the existence of British cook, writer and broadcaster Rachel Khoo. Can you please let us know what you wanted to convey with the song “Rachel Khoo”?
It was supposed to be a love song dedicated to nihilistic drug addled mornings of wishing for a better future after sadly wasting any opportunity of one. Instead, it’s just a stupid fucking song, but I like it.

I remember seeing Michael Moore’s documentary Sicko where it was painted a beautiful picture of Britain’s National Health Service. “Divide and Conquer” talks about you watching your “mother deteriorate in a hospital that was itself dying.” 10 years have passed since Sicko was released and you don’t seem to share all the thrill that some folks displayed in the documentary. How do you see the current NHS’s state and how it has changed throughout the years?
It’s slowly being torn apart from the inside by privatisation and putting a strangle hold on funding and staffing. I love the NHS for what it stands for, but I think it’s already dead. I haven’t seen Sicko.

Your mother was very ill around the time you were making the Meat EP and she passed away while you were making Brutalism. In which way these events helped shape your creative output? I imagine it was a great fuel to some raging.
Well, I’d say it was the entirety of my existence at that point as I was in a strange city looking after her and watching her die and nothing was the same, with that in mind I’d say that the album became a crutch as well as a platform on which to heal. Without Brutalism, I’d have to have found a way of channeling my loss and my feeling of being lost. The need for catharsis, at that point, was vital so it forced me to become a writer of urgency and most certainly honesty.

Is being visceral and providing an unshakable experience to whoever is listening the ultimate goal with IDLES?
Yes.

Words: Tiago Moreira – Brutalism is out now via Balley Records.