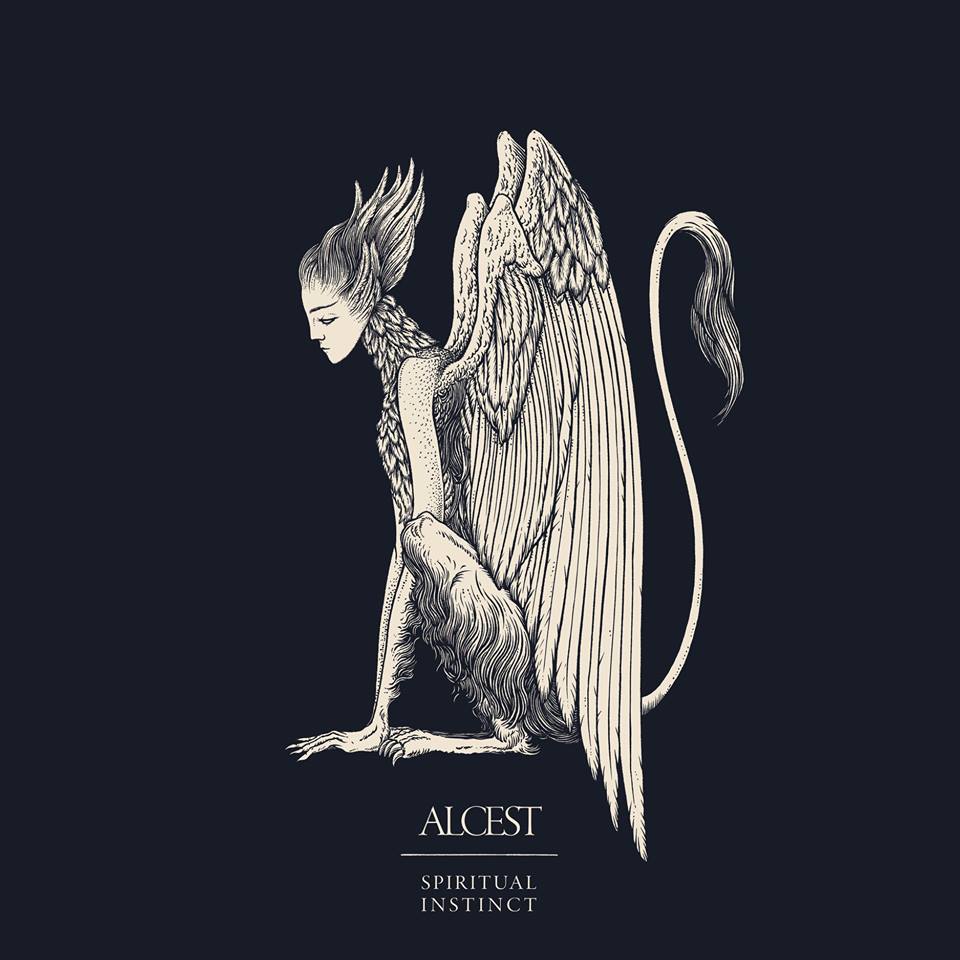 The development of Alcest from post-BM progenitors to indie darlings has been one of the more uplifting metal journeys off the past decade or so and with Spiritual Instinct it looks like they’ve turned back to their roots, albeit bringing a few neat tricks that they’d picked up on their journey along for the ride.

A return to darker, more aggressive sounds on opener “Les Jardins de Minuit” will come as a source of joy for those who had perhaps lost interest in the band a few albums in and the sounding of Neige uttering infernal screeches alongside Winterhalter’s impeccable blastbeating is a welcome nostalgia trip, but the greater nuance of recent works has strengthened that initial blueprint immeasurably. The melodies are considerably more insistent, often creeping into the brain and laying dormant for weeks, and though the folky interludes do still weave their way through most of these six cuts, they’ve now gotten to the point where they’ve absorbed so many textures and tones over the years that they’ve become truly transformative, able to transport their surroundings to other worlds rather than merely embellish or offer contrast.

Alcest have never had what could be called a ‘poor’ album in the entirety of their career but in terms of maturity, songwriting and sheer audacity, Spiritual Instinct feels like a pinnacle. Whether it will continue to be considered so in the future is up to fate but by returning to the energy of their early recordings, they’ve redefined everything they’ve done in just 40 minutes.