Algiers will return in 2020 with their third album There Is No Year, set for release January 17 on Matador Records. This latest chapter from the Atlanta via London/NYC four-piece can be previewed now with the video for first single “Dispossession.”

The album was recorded over the past year by childhood friends and Atlanta natives Franklin James Fisher, Ryan Mahan and Lee Tesche, as well as drummer Matt Tong, in New York and produced by Randall Dunn [Sunn O))), Earth] and Ben Greenberg [Zs, Uniform].

Watch the video for “Dispossession” below.

Filmed in the Noisy le Grand commune in the eastern Suburbs of Paris amidst modern architectural landmarks such as Le Palacio d’Abraxas and Les Arènes de Picasso – and including images from the band’s visit to Algiers during the uprising in March 2019—“Dispossession” captures one thread of Algiers’ expansive, future-oriented new body of work. The song features additional vocals from Cleveland’s Mourning [A] BLKstar.

“The specter of dispossession is haunting us all,” says multi-instrumentalist Ryan Mahan. “Everywhere the imperial world represses the ghoulish histories that sustain our pasts, presents and futures. Franklin’s lyrics throughout ‘Dispossession’ and on our new record, There is No Year, like a neo-Southern Gothic novel with an anti-oppression undercurrent, testify to this modern horror, and chronicle the various ways we all—through living and longing—endure and resist its persistent attacks.”

“Amidst the urgency of now, ‘Dispossession’ sounds the warning about the permanent war against oblivion,” says director Sohail Daulatzai. “The video opens with the sites of colonial massacres of Algerians, moves to the repressive spaces of the banlieues, and includes shots of the Jardin d’Agronomie Tropicale—a park that celebrates the glories of empire. But this is not just about the past or Paris, it is everywhere that the banner of the West is waved, where monuments to our ruin are raised – reminders of the ongoing violence, of the tensions between dream and its discontents, past and present, them and us. I wanted to give visual resonance to these tensions, to our dignified stances amidst the madness, and to our memories of a future foretold.”

There Is No Year artwork and tracklist: 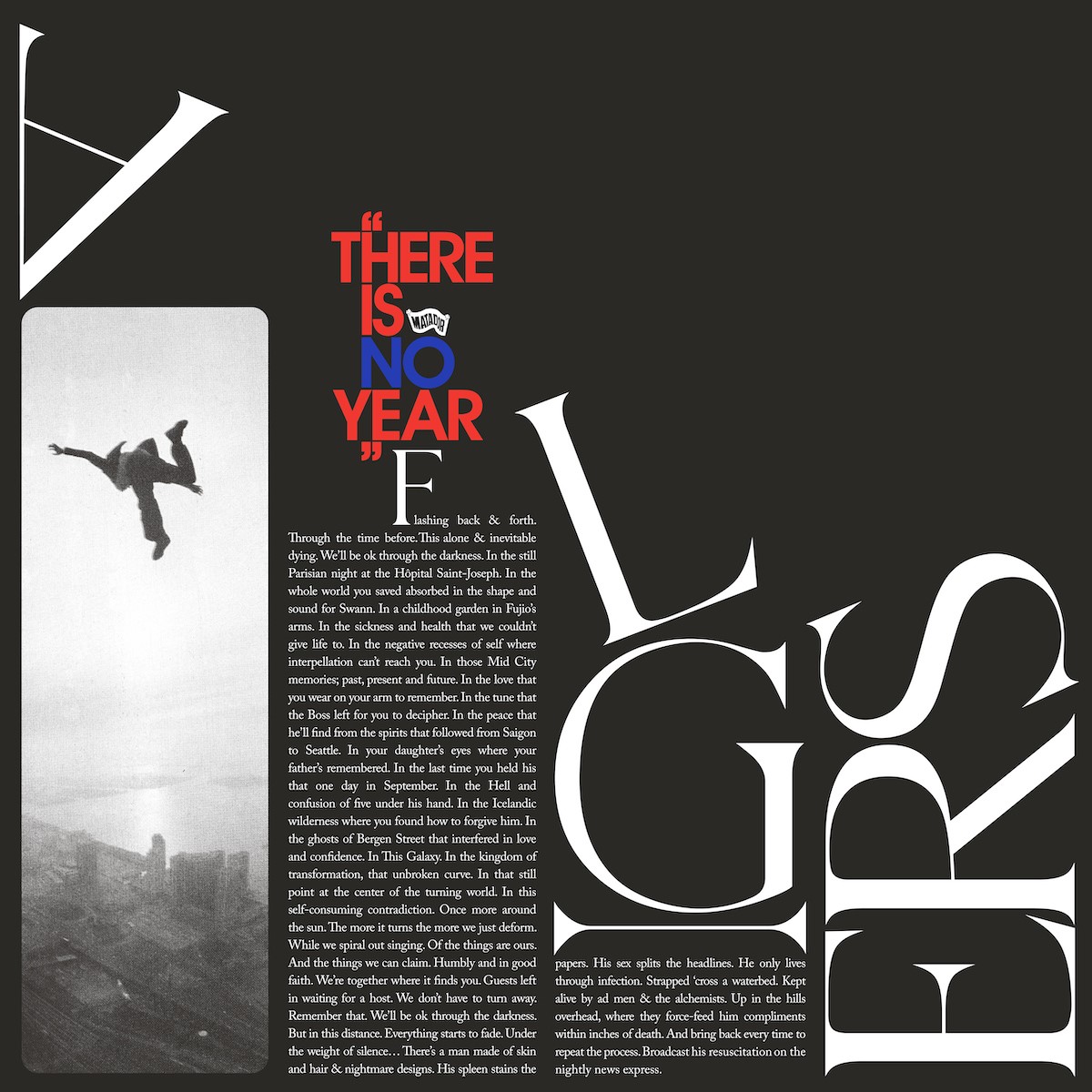