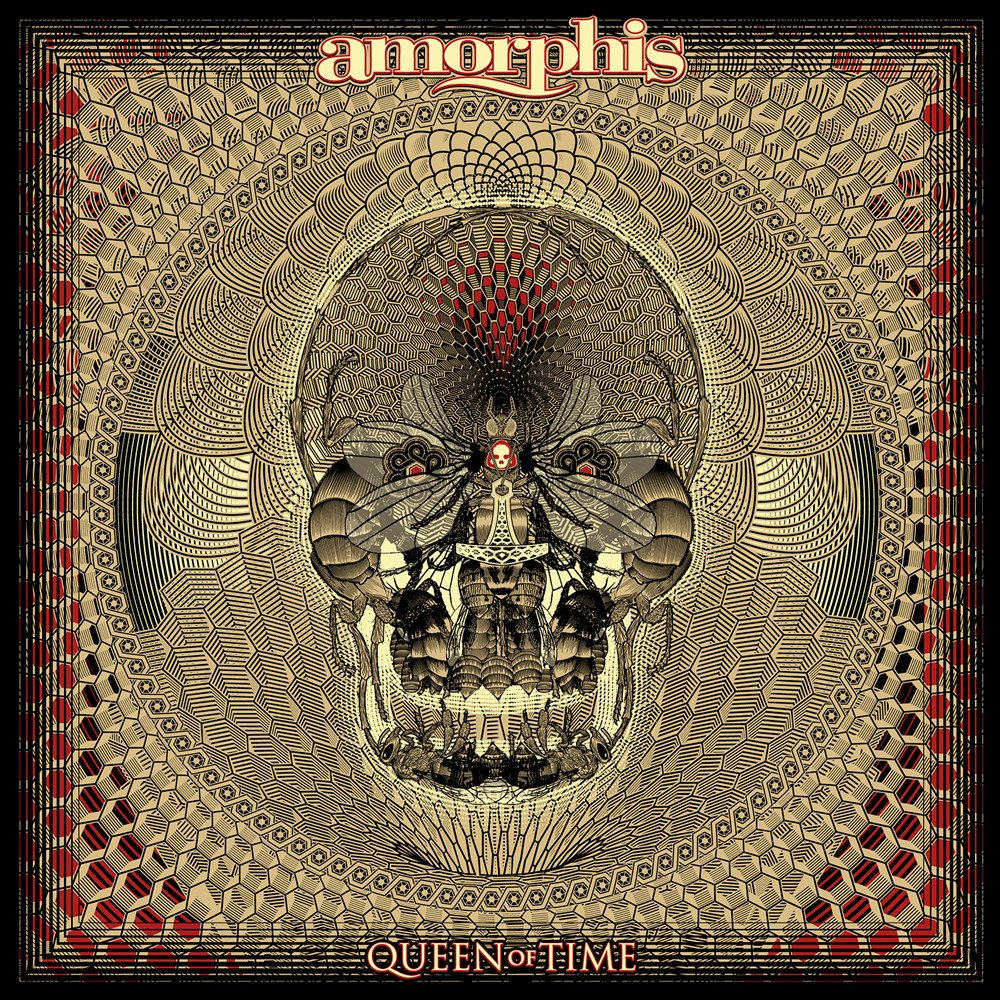 I want to love this album. Fuck me with a flanged mace and call me Susan — I really want to love this album. 2015’s Under the Red Cloud saw Amorphis embellishing their ferocious-weight-meets-nimble-melody balancing act with a glossy production and stadium-sized rock choruses, and it stands as a pinnacle of their career. For anyone who’s been following their trajectory for the past 10 years, the evolution that Queen of Time takes will be of no surprise.

And here’s the frustrating thing: Queen of Time is far from a bad album. In fact, I’d go as far to say that it’s a downright brilliant album. I just can’t help but feel that the songwriting is drowned beneath the weight of endless fathoms of production. On this, their thirteenth outing, the sextet enlist the assistance of a choir, orchestra and guest vocalist in addition to their longstanding saxophone/flute collaborator. And, while it certainly feeds their sound, the songs do sound bloated at times, the intricacy of the melodies obscured by a layer of unnecessary blubber (see “Heart of the Giant”).

So let’s talk about melody for a moment, because this is where Amorphis — messianic maestros of melodiousness — always excel. One of my favourite things about this album is that it sees them drawing inspiration from ever-more-distant horizons. On no other album have they featured their middle eastern influences so prominently; see the primary melody of “The Golden Elk” (which grows organically out of an almost chromatic black metal riff) and later the acoustic interlude drenched in sunset tones. The fact that these eastern leanings sit so inconspicuously among the playful folk melodies and exuberant rock refrains is a mark of true musicianship and their harmonious marriage reveals a refined maturity.

It’s hard to believe that, with the exception of long-time keyboardist Santeri Kallio and comparative newcomer vocalist Tomi Joutsen, this is the same line-up that recorded 1992’s The Karelian Isthmus. Kallio in particular is given space to shine, his keys sitting high in the mix and often wrestling command of the melodies from the guitars (see “We Accursed”). Joutsen meanwhile is the siren incarnate he’s always been, still capable of coaxing me to a watery grave with eyes full of doting, a claim to which my girlfriend will begrudgingly attest. His voice is especially bright on “Daughter of Hate” before it gallops into unbridled fury and seething malice in its characteristic Jekyll and Hyde dichotomy. Especially interesting here is the spoken word interlude accompanied by a sax and the subtle tinkering of keys, which is oddly reminiscent of Behemoth’s “In the Absence ov Light”.

The production on Queen of Time may not appeal to my modest sensibilities but it’s hard to deny that beneath the endless strata lies a truly great album. It will certainly appeal to fans of more mainstream rock and metal, and it’s hard to imagine it not being their most commercially successful release to date, which can only be a good thing. Role on the world tour!