Long gone are the days when Jess Abbott was a guitarist on Now, Now. She has built her own project and her own thing as Tancred. Since then she has been releasing songs that are quite personal and impressive. Nightstand is her latest effort and we caught up with her to know more about it.

Nightstand is your fourth album as Tancred. How do you feel that your songwriting has evolved since the first album?
I feel like it’s changed a lot. My first Tancred album was very low fi and I was really young. I was like 19 when it came out. I feel like with each album I’ve put out, I’ve just learned more about what I’m doing and figured out the songs I want to write. I think writing pop music is becoming more and more important to me. With these songs I feel like I’ve arranged them very specifically, which makes them feel a little bit different from the first album.

With that said, I feel like Nightstand is a more calm record comparing to the frenetic energy from your last album, 2016’s Out Of The Garden. So what led you to a more soft approach this time around?
Out Of The Garden had a lot of energy. That was really fun for me. I felt like a lot of the energy I really needed to like get out of me like set it free and then I did that. Now I’m just trying to like reconnect with a more vulnerable songwriting.

On Nightstand, you explore your quests for the meaning of life and to be alive, and I think that’s something that everyone goes through on their lives. Did you find some answers after writing this new album?
I think every time I write an album, I learn more about myself and the message that I always come back to when I’m writing something is how important it is to be yourself with yourself and others. A lot of the songs on Nightstand are about trying to connect with other people romantically or intimately. My takeaway from all of these experiences from that album is that finding myself is the most important thing at the end of the day.

By the way, why naming the album as Nightstand?
I had all of these songs written that were about really specific moments and things that were happening to me that we were all kind of like unrelated and each song felt a little different from the next. It felt like a collection of just like personal things and I was thinking like, “What’s something I could use to describe that? What’s something out there that holds a bunch of little personal items?” and I came up with Nightstand, where like each person’s nightstand is totally individual to themselves. You’ll never find a nightstand that’s exactly the same as someone else’s, you know? Everyone’s got their own personal little knickknacks and things that are important to them. And also because one of the songs is about connecting romantically with people and being intimately with people. I feel like the image of the nightstand really brings you into that kind of like quiet private space.

During the time you were working on this new album, you were reading a lot of books, learning a lot of new hobbies, meeting new people. In what way did that influence the creative process for Nightstand?
It was really just a period of time that I took to really connect with myself and figure out more about myself. All those hobbies or aspects of life I was exploring on my own and being able to take that time alone helps me. I guess see what I was experiencing around me through the writing lens and then created these songs felt like I hadn’t spent all this time alone, like working on things that I was doing for myself. I stumbled into writing these songs. 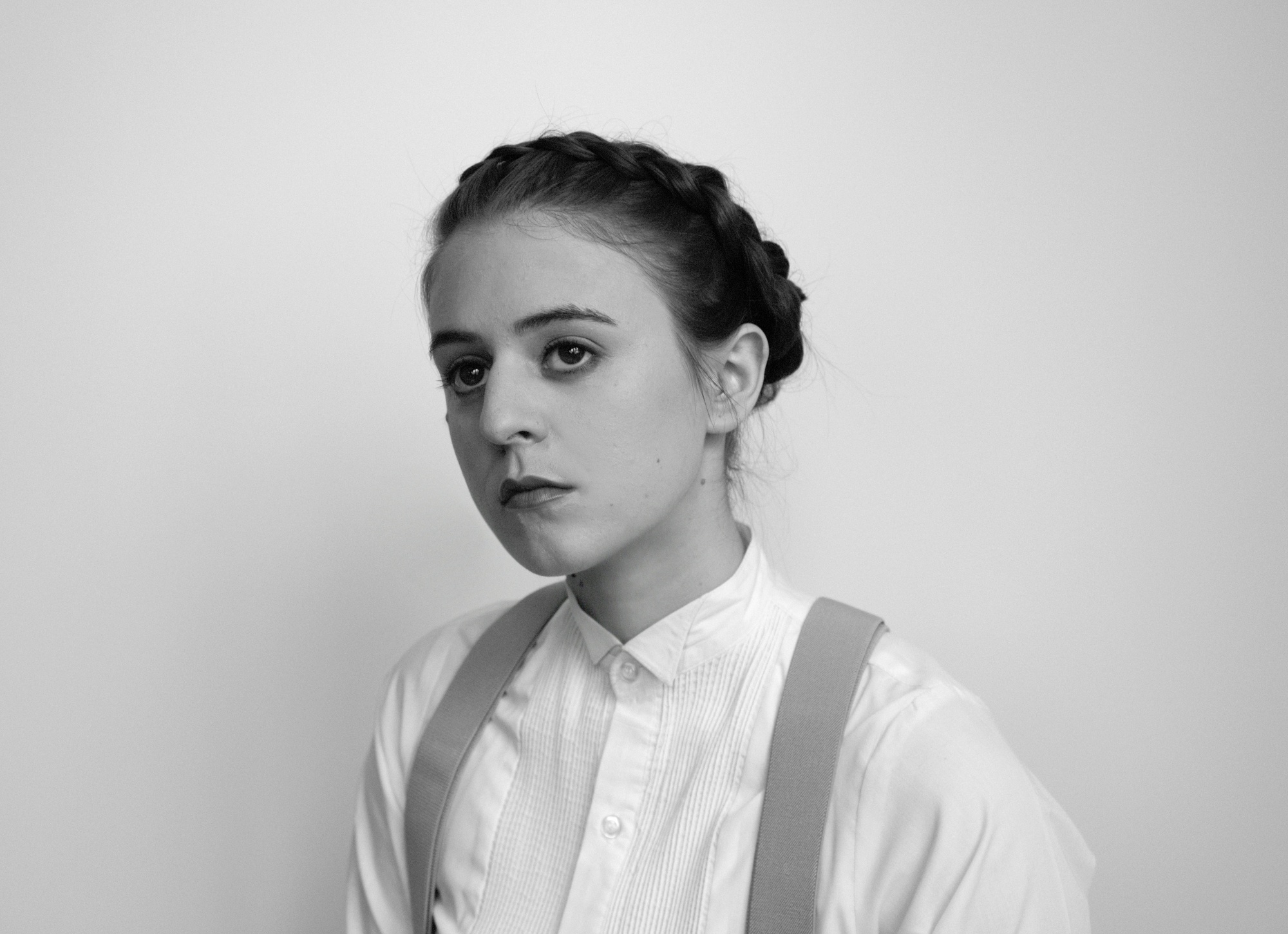 “I think every time I write an album, I learn more about myself and the message that I always come back to when I’m writting something is how important it is to be yourself with yourself and others.”

Was there a particular book that had a great impact on you for this album?
I was reading during that time. I was reading a lot of Margaret Atwood. Her books and her poetry are all pretty dystopian and it’s like feminine dystopian. I tend to get from this book like less feeling of dread and more feeling of how important human connection can be. That drew me into writing these kinds of songs, like these moments that you won’t forget and that were like important to you. I was also reading a lot of like period books like World War II era books and that kind of set a tone for me thinking of that kind of clothing and architecture.

You released a video for “Queen of New York” and it was shot by Shervin Lainez. The song is basically about one night stand and the internal reflection the next day. What can you tell us more about this song and the video?
This is probably the most upfront song about everything I was just talking about in terms of connecting with other people in a way that… I think humans are just naturally very lonely, with or without people, humans are just on their own. Being alive is kind of lonely and so I took like the most blatant example of trying to just connect with someone, which is just like a one nightstand. I wrote the song about that experience from the perspective of looking back on it the next morning and thinking about what it meant to you, even if you both knew it was nothing. There was still a vulnerability regardless what you can think about the next day and carry it with you into your next day, but I wanted it to be kind of fun too.

Can you elaborate about the story behind the song “Strawberry Selfish”?
To me “Strawberry Selfish” is about kind of thinking of a love from when you were younger and even though you can grow into different people, as you get older they’re still this kind of dislike imprint of a time that will like sit in your mind forever of what this person meant to you. There’s this kind of innocence then when you think about your first love or something, there’s an innocence there. It kind of always stays in your mind that way. When you get older like myself as an older adult, you think about all the things that you’ve done and whether or not you’re a good person, but you think back on this vulnerable, innocent first love and how pure that was and carry that with you. That song was mainly about that.

You worked with Lewis Pesacov on this record. How was it like the recording sessions with him?
It was incredible. Lewis is such an easy going guy. He just has so much knowledge. His ability to shape tones is just phenomenal. He always knew exactly what I was trying to do and had so many different tools for us to get there and so many different interesting instruments. He had a really cool guitar collection and we have such a good environment working together. He has a little puppy French bulldog named Donna that was so cute. She was with us in the studio every day. He just brought such a great energy. It’s just so  interesting how calm, relaxed and easygoing he was. It was really great working with him. I feel like he really understood what I was trying to do.

Just you were recently on tour with the Julien Baker, what are your touring plans for this summer and fall?
We’re thinking of doing some more like intimate shows coming up in the summer and then we have more tour coming up in the fall, but we haven’t quite announced yet and that’s still being worked on. Right now I guess I don’t have any specific details at this moment, but we should be putting some stuff up soon. There will be definitely plenty of stuff coming up in the future.

What do you love to when you’re on tour besides performing?
When we have a day off in between shows and we’re someplace we’re not familiar with, we really like to find a place that has some experience that we can go do something in nature, whether it’s stopping in a national park. On the tour with Julien we had a day off in Ithaca, New York and so we went onto Airbnb and we rented like a little vacation house on the Finger Lakes for a couple of nights and it was awesome. We got to go have lunch by a lake and there was all kinds of local wine in the Airbnb and it was so much fun. It felt like for a day we weren’t just playing music. We were like having an experience and it was nice. Also the boys in my band, one or two of them like to skateboard, so sometimes before the show we would go find a skate park to park at and they would go skateboarding. I would just sit in the van and watch them and read a book. It was kind of nice.
[laughs]