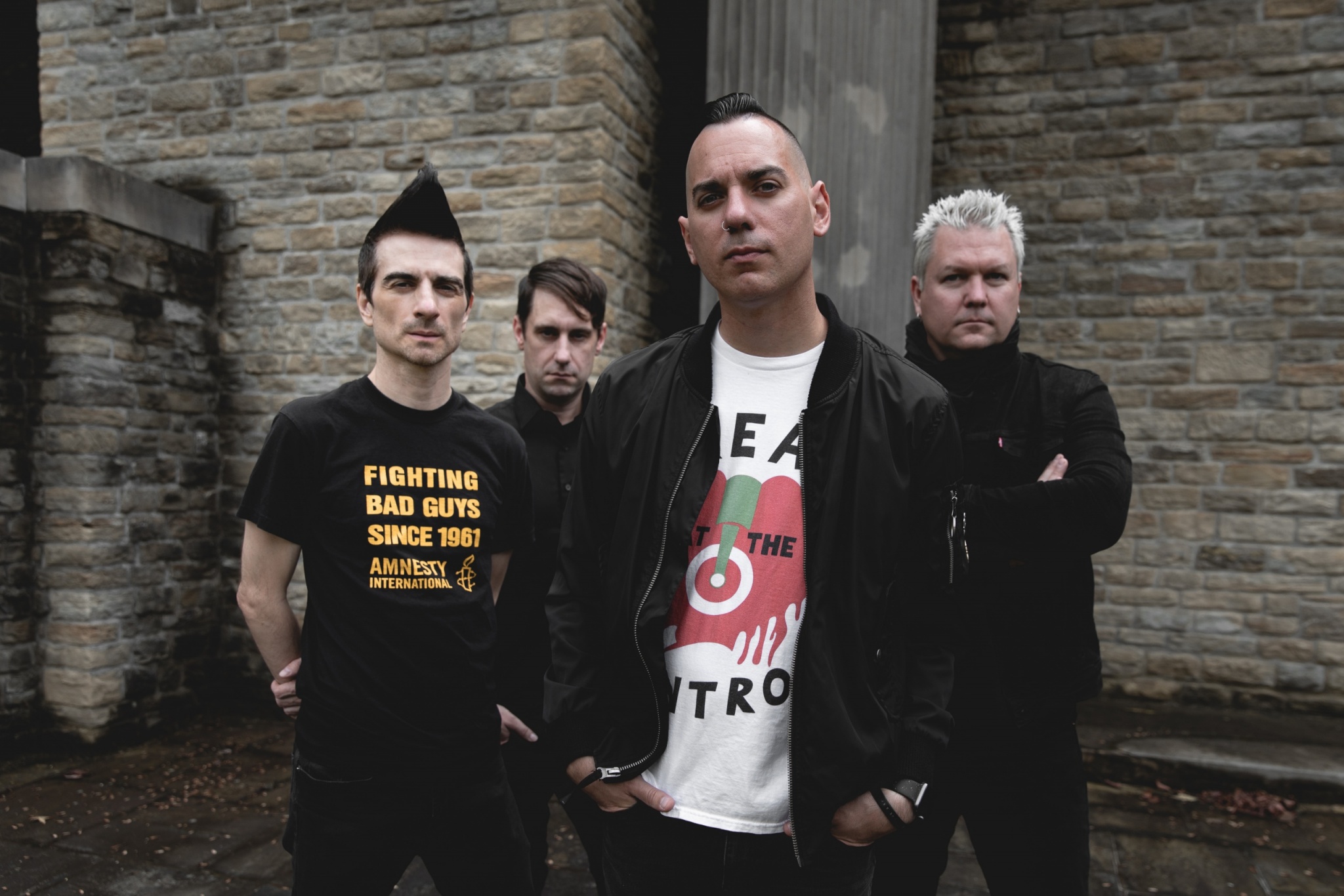 You’d think political tinged music would be a dissipating trend? Well for some it can be too much. For others, it’s relevant, raw and punchy. American punk stalwarts Anti-Flag maximise their sound here. Never a band to fit into a box, never an act of dull responses. Their music is blistering, constructed well and vicious in parts. And politics do offer the outfit a topic to sing about, a theme which is on the minds of many. Toxic in its issues, America is supposed to be the fundamental land, a hub of glory and repose. In fact, it is a country in disarray, underweight in terms of dreaming and hope. The future looks dizzy.

Anti-Flag are a monumental band. There’s no doubting their influence on a scene that has changed faces over the years. They’ve been coping under the strain of political injustice for 25 years, writing resonating music of a standard many bands can’t emulate. It may be an audacious claim, but Anti-Flag have an armoury of songs which make us contemplate the state of the union, the quality of the oxygen we breathe, those newspapers we read. They’re an act dissecting political agendas so we don’t have to, and you know what, it’s commendable. And America is tired. Groggy and falling in and out of mania. Dreams ache to escape minds tattered. With power rushing through the veins of a hierarchy, people who are up in the skies of the establishment, many Americans feel like outcasts. Despondent and stuck to the undercurrent, they’re feeling marginalised. This should never happen. Not in the modern world.

20/20 Vision is a record dutifully responding to smashed dreams and unsavoury actions. The band, don’t cut from other sounds here. The brash, volatile, chords are still present, the riffs, splendid. Over the course of the album, crashes of empathy hit, rationalised statements appear justified. It is overall, an opus that never flounders or struggles to be relevant. Intelligent wordplay infuses proceedings. “Hate Conquers All” starts the ride. Abrasive guitar lines don’t retract from the subject matter, but add stability and musicality. Hate is a strong word, but one that is used plentifully in American vocabulary. 20/20 Vision begins slowly then bursts from the seams. Atmospheric and gallant, it points at weak spots of a country’s decline. The guitar solo adds a state of joy. “Christian Nationalist” feels like a war cry, a battle cry, a report on fleshed out wars. Musically, it demands attention. Guitars are played out and the chorus is a bashful segment. “Unbreakable” conveys a sense of astuteness and power over greed. This band sings for change here, and their tightly, well-tuned instrumental blast, offers a chance for a punk rally.

Anti-Flag’s immense album 20/20 Vision may spark tension and controversy. But, with the world in confusion, it is a needed supplement of music and poetry. Over the globe, many are frightened by the current regime. Not only are Americans under strain, other countries feel the sharpness of the sword too. Hearts feel like they’re going to be dismantled and deprived of blood. People are isolated, stuck in a storm of political ideals, their questions are never answered.

Anti-Flag’s words will never go unnoticed. Their influence will never be blasted from memory. 20/20 Vision is a record of truth.