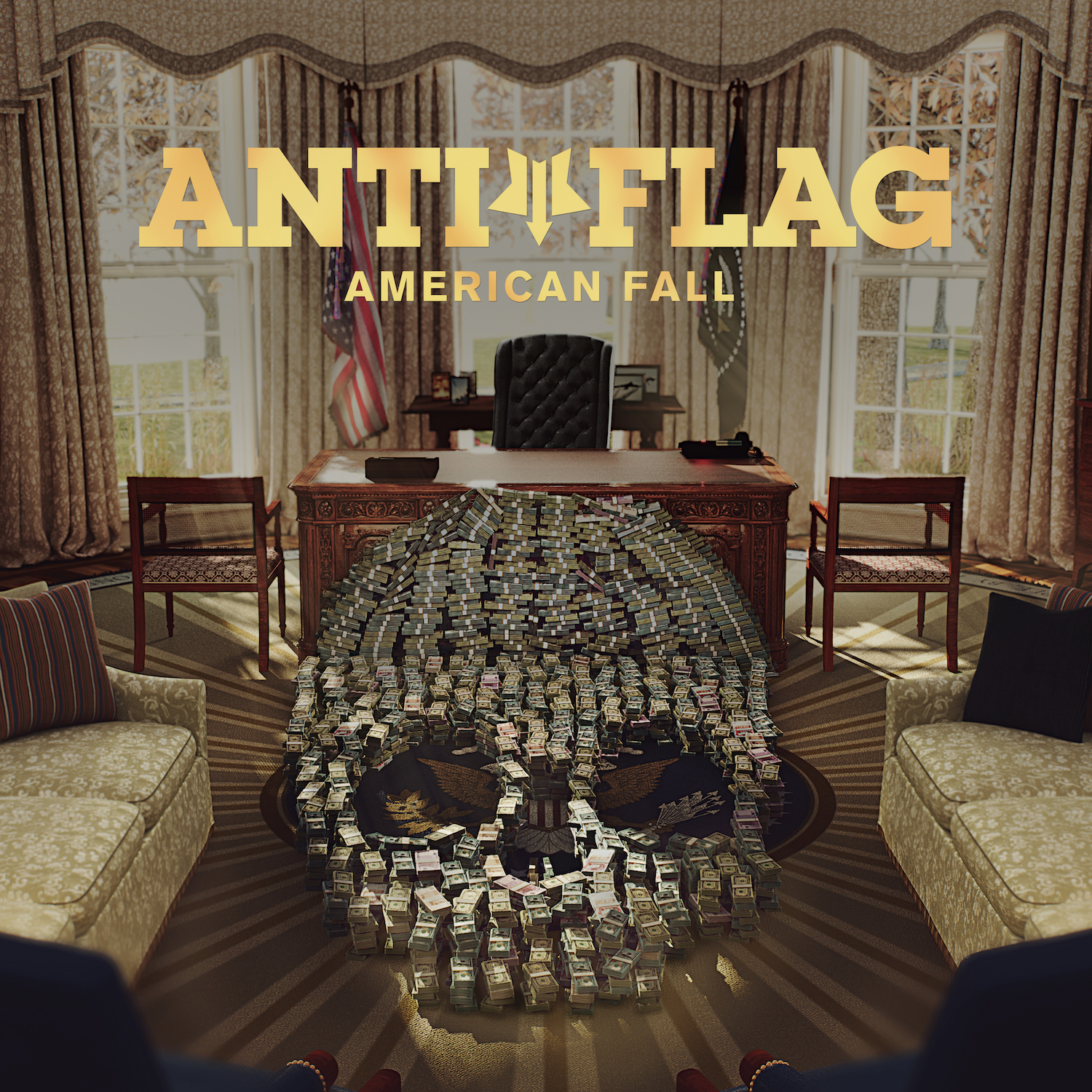 There’s a lot to take in with American Fall, Anti-Flag’s tenth full-length proves that the Pittsburgh punks haven’t lost not even a bit of their bite or bark. In a time where there is rise of stupidity and ignorance in world politics, from Brexit to the migrant’s crisis, from climatic changes to a bum like Trump, it’s not hard to see that history keeps repeating itself over and over again.

“Sooner or later, the people of this country are going to find out the government doesn’t give a fuck about them. Government doesn’t care about you. All they are interested in, is keeping and expanding their own power.” – George Carlin.

If we look closely, this a complete world disorder, just look at the rise of the far right, terrorism, worldwide racial tensions and the way minorities keep being marginalized. These are very divisive and dark times, where politics act like irresponsible criminals and it seems that no one gives a fuck. We’re on a verge of generational backlash and unfortunately it seems that so called baby boomers should somehow be responsible for that. Their ignorance towards politics, global economy, free movement, free trade, free love and technology is shameful, it’s the overwhelming truth and we should raise our voices to show our discontent.

American Fall inspires change, encourages us to fight for our rights and to make a stand. Co-produced by the band and Good Charlotte’s Benji Madden, American Fall is a blistering punk-rock affair, still changing and constantly evolving the classic punk’s conventions to fit their underpinning political motivations. They keep taking risks and pushing the envelope, their songwriting is over the top, melodically driven and their message is an empowering stand against oppression, inequality and civil rights.