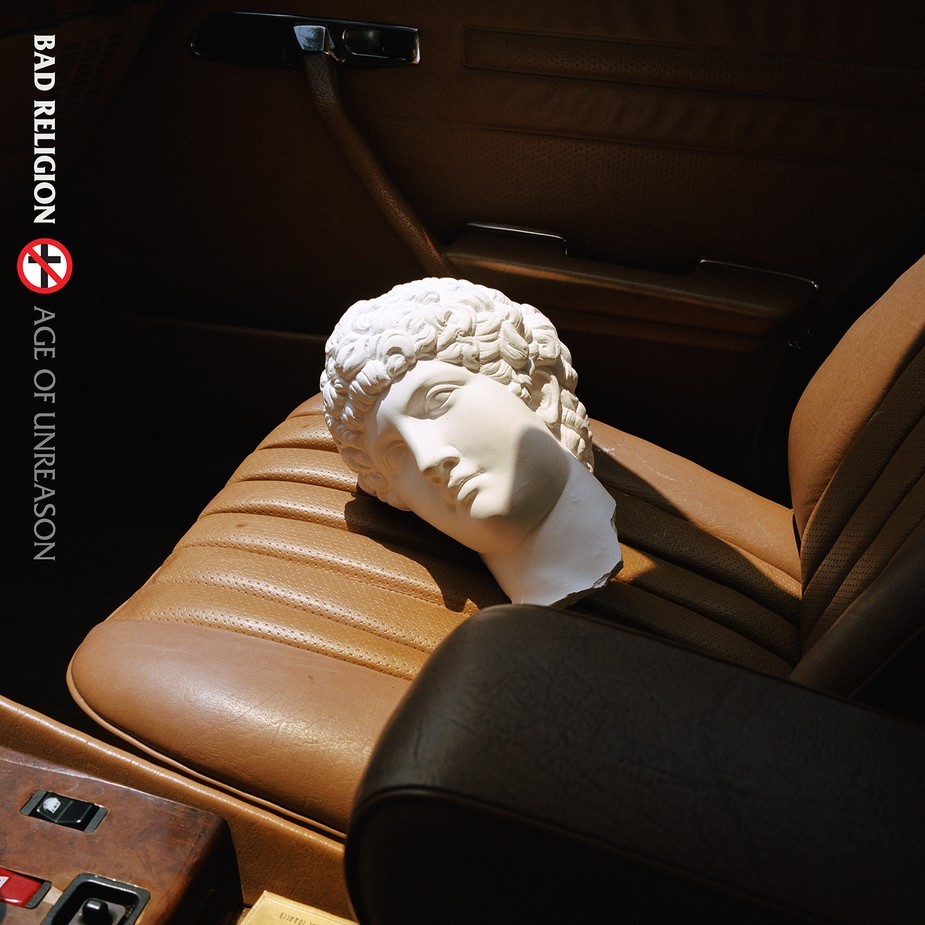 We’ve all heard the line about old punks standing in the back, but from the sounds of their latest album, Bad Religion are still standing front and center after nearly 40 years. They’re living proof that punk rock can be furious and smart, lyrically adept, dark, melodic and frenetically tight. There’s an urgency to Age of Unreason, from the opening frenzy of drumming through the cutting observations on US politics — this is an album clearly driven, at least in part, by the band’s disdain for the current political climate. It’s a record that appeals to listeners on several levels, speaking not to trendy disillusionment and contrived melancholy, but to authentic rage and the reality of struggles with mental health, shot through with a heavy dose of wry humor and the kind of hope that comes from having weathered all of the above. Age of Unreason feels like a long conversation with old friends, connecting through shared experiences and laughing at the absurdity of life while trying to figure out how the hell to fight the chaos all around.

Bad Religion released their first album way back in 1981 and were instrumental in popularizing the LA hardcore punk sound. Despite a revolving cast of members over the years (vocalist Greg Graffin is the only member who has been there since the beginning, although founding guitarist Brett Gurewitz and bassist Jay Bentley eventually came back to the band after parting ways) and dabbling in different styles, Bad Religion has consistently produced solid and original material, something that’s hard to say about many bands with similar longevity. They stay true to form on Age of Unreason, blending superb musicianship and the smooth rasp of Graffin’s vocals with classic three-part harmonies and expertly-crafted highs and lows as the record flows seamlessly from the straight punk fury of the opening track, “Chaos from Within,” to more melodic tunes like “Lose Your Head” and back again. In a relative musical age of unreason, where pop country and computer-generated beats seem to be taking over the world, it’s a breath of fresh air to hear that punk is still in fact very much alive.

Age of Unreason is practically flawless (and now that I’ve written that, I’m stuck trying to find a single flaw), but the standout track without a doubt is “Do the Paranoid Style.” This shit blew my mind like I was a Kennedy, tearing into my head with the kind of force rarely seen in music these days, fast and hard and coming to an abrupt stop that made me immediately hit the repeat button so I could hear it again and again. On the flip side, “My Sanity” hits just as hard but in an entirely different way: There’s a sweetness to it that speaks to a kind of vulnerability that a lot of folks are afraid to show, acknowledging the value of keeping your mind together, and the fragility therein. “Lose Your Head” feels almost like a continuation of “My Sanity,” but focused more outward than inward. “Big Black Dog” is a fierce foot-stomper, and listening to it, you can picture the crowd hearing it live, pressed against the rails at the front of the stage, pulsing like a heartbeat as the bass drives through their veins.

Age of Unreason is an album that reminds us of punk rock’s long history as a voice for social change, of our universal connectedness, that you don’t have to be throwing flowers and shitting glitter to want to make a positive change in the world, and that life should be lived, at least some of the time, full speed ahead and wide open, even when your head is up against you. Absolutely fucking beautiful.