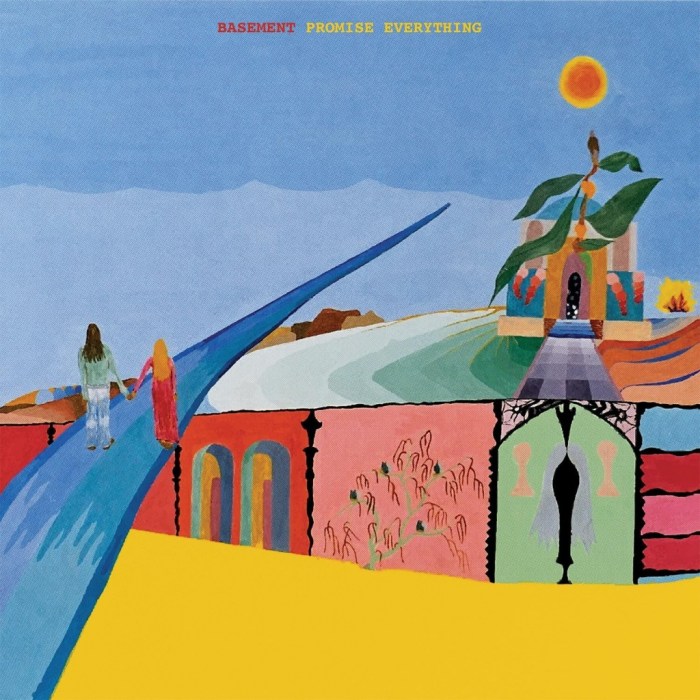 Basement became a band to consider when they released Colourmeinkindness back in 2012. The act propelled beyond their humble pop punk beginnings and fought off the competition. Now, 2016 brings forth Promise Everything which highlights maturity and a shot at something new. And it has taken the band 4 years to step out of the shadows with a fresh ethos and record. But, the wait is justifiable as the album does grace the ears with enough spontaneity and appeal.

The music is fundamental, clearly. And Basement know this and they expand on the basic pop punk sound. With crashing guitar structures and entertaining riffs galore, the band don’t sugar-coat with unnecessary features, it’s all raw and relevant. Songs like “Hanging Around” stick to that formula well. Its infectiousness comes from the engrossing chorus and melody, vocalist Andrew Fisher sings with harmony in his voice, spurting lyrics that enforce a sense of longing. And “Oversized” is a track that is balanced with enough pop punk energy to make the grade.

With Promise Everything, Basement have clearly worked on their sound and above all their lyrical input. There’s a burning surge of empathy towards the world and there’s a constant bellow for hope in the words, words that fit in well with the musicality. And by dragging out their feelings and grievances too, the band tell a good enough story.