Super-group duo Bat Fangs have announced the release of their new album, Queen Of My World, out on October 29th, 2021 via Don Giovanni Records. Betsy Wright (of Ex Hex) on guitar and vocals, and drummer Laura King (of Mac McCaughn and Speed Stick) bridge the gap between their respective Washington DC and Carrboro NC scenes, in their unified love of good-time shredding hard rock.

The duo have also released the album’s title track “Queen Of My World” and its accompanying music video. Songwriter Betsy Wright reflects on teenage mischief through the hair metal sounds of her youth. Stories of hanging out in the woods, getting high, and generally just doing bad shit are soundtracked with soaring guitar solos and crunchy riffs, opening a gateway into an era of high octane rock and adolescent antics.

Listen to “Queen Of My World” and watch the video for it below:

Queen Of My World picks up where Bat Fangs left off. The album is both a reclamation and a reevaluation of a sound that was once a breeding ground for a particularly egregious brand of cock rock dude-bro. Paying tribute to the glam rock and metal sounds of their youth while offering a modernized alternative to an era of music that deified toxic masculinity as a core value, Wright and King represent a new model of Rock Stardom that’s less about the Stars and more about the Rock.

Queen Of My World artwork & tracklist: 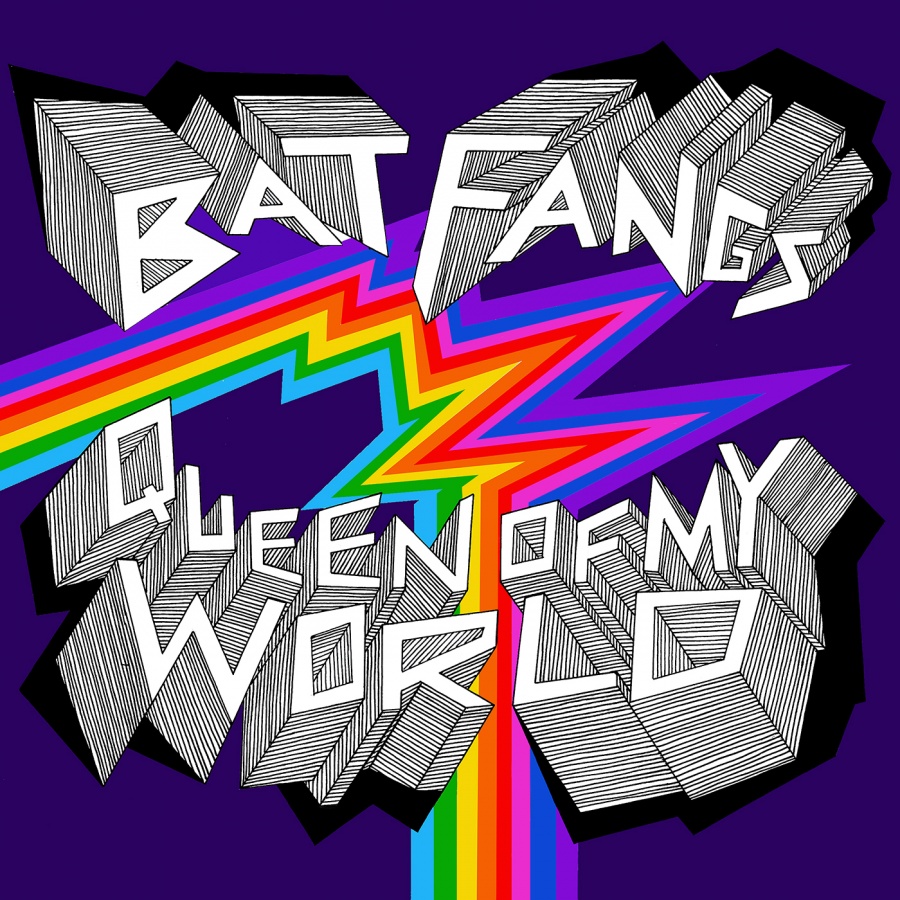