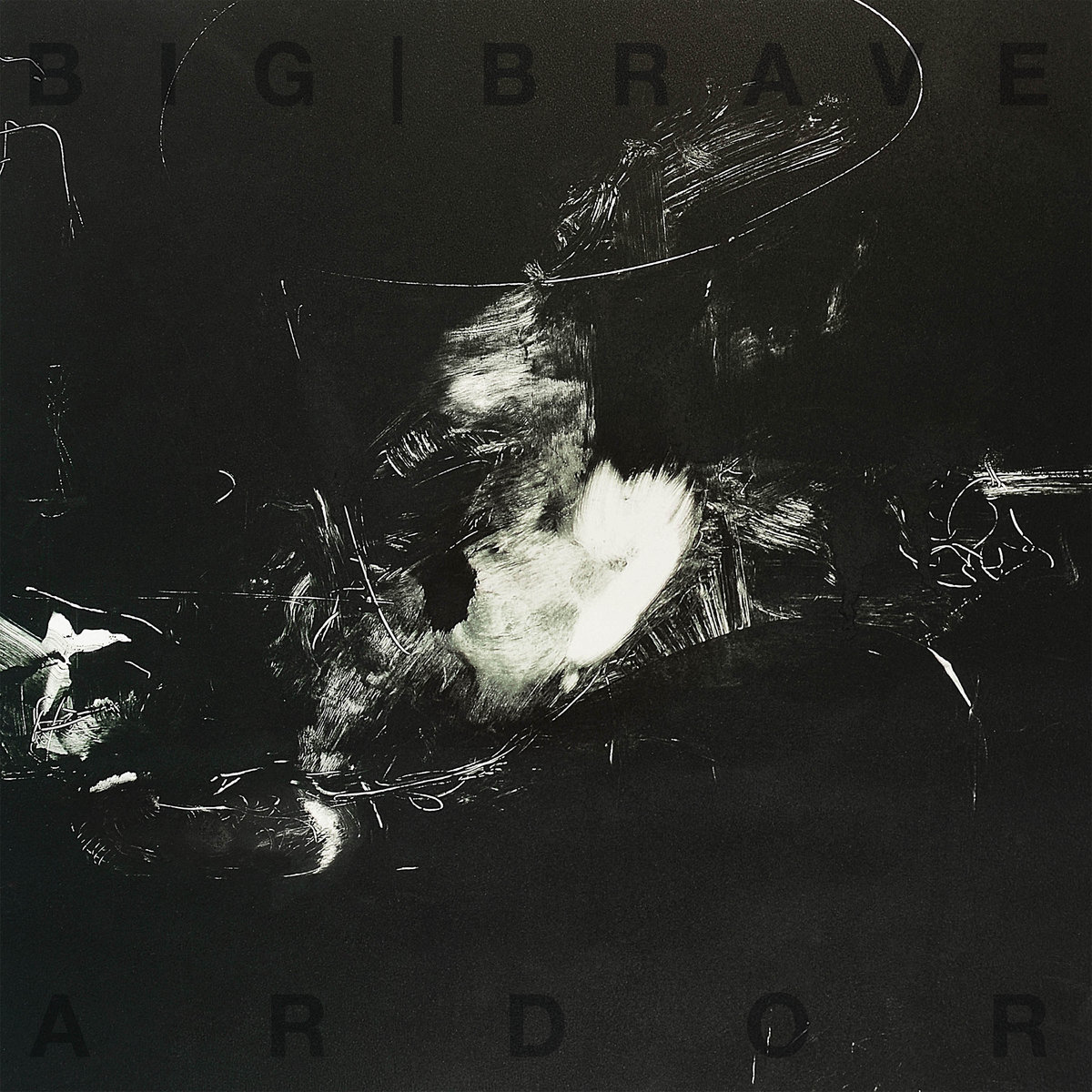 Montreal three-piece BIG|BRAVE are more than they appear. You would be tempted to recognize what they have been doing as mere heavy rock, but additional explorations on their work reveals something rather more complex and deserving of our most capable attention. Ardor – that counts with special guests Jessica Moss (playing the violin) and Thierry Amar (playing the contrabass) – is at the core a fairly impressive exercise of dynamics from a band that not only has mastered the usage of a certain dichotomy (soft vs. loud) but, perhaps most importantly, has masterfully applied the notion of space into their music.

Their sound, that is more often than not morphing and adding interesting layers and turns or even the marvellous vocal performance of vocalist Robin Wattie that gracefully walks in a tight-rope between weird folk and avant-pop, is just the tip of the iceberg because on all three tracks we’re invited to step into a world that is filled with freedom and open to interpretations – the listener is granted a sort role making a magnificent experience.