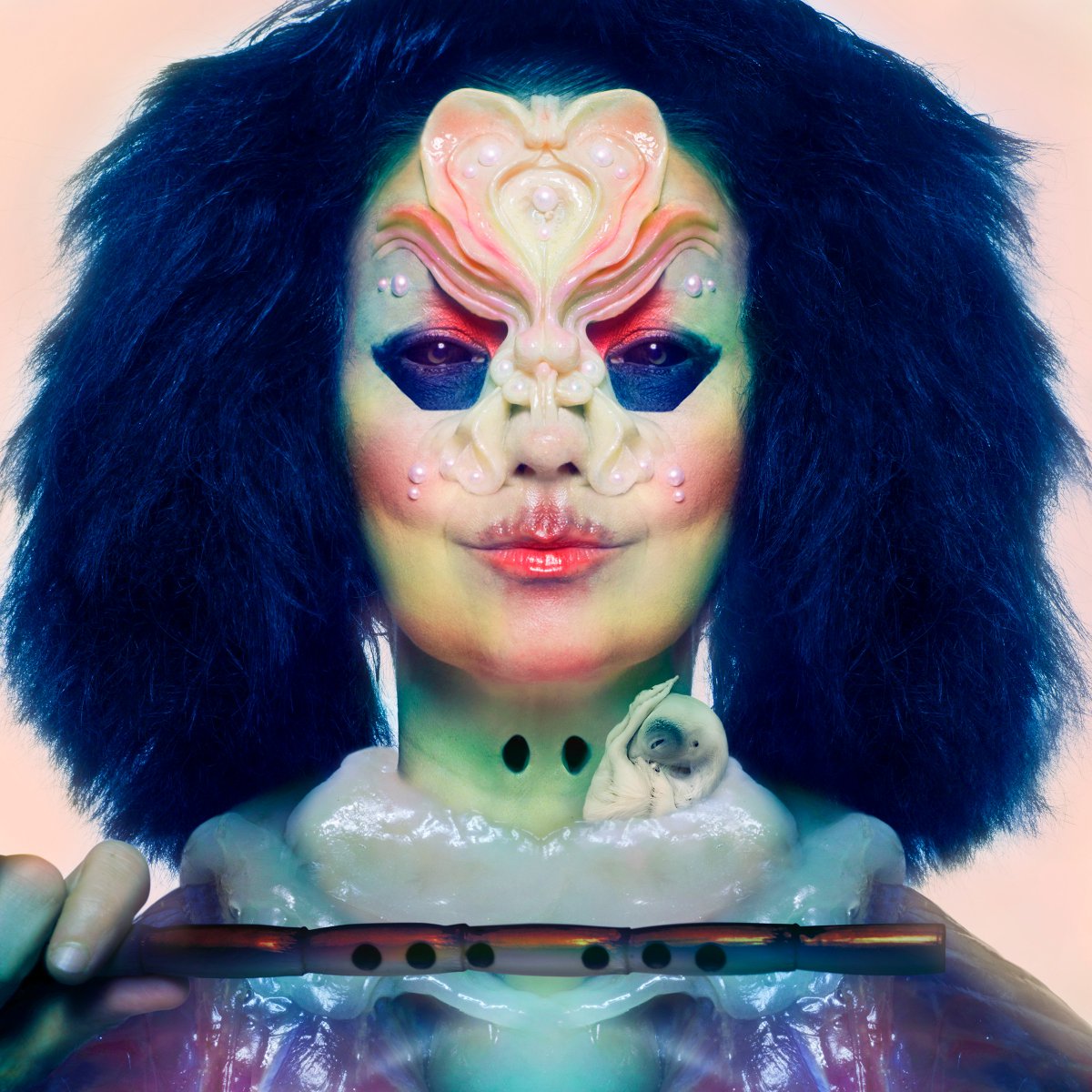 At 52 years old and with nine solo studio albums under her belt, Björk has nothing to prove, yet still acts as if she does, always trying to reinvent herself with each new release. Many artists reach a point in their careers where they feel comfortable in their own bubble, but not Björk; she insists on challenging herself and even her own listeners, creating complex and beautiful pieces of music which need to be carefully analysed to be understood and appreciated.

Utopia is yet another bold chapter in her sonic explorations and, in many ways, an evolution of the concepts explored on the previous Vulnicura. If that album dealt with sadness, confusion and loss- the result of the disintegration of a long relationship with American plastic artist Matthew Barney (with whom she has a daughter) Utopia sees the Icelandic artist free herself from that negative energy in an attempt to move on. While its predecessor was rooted in pain and suffering, the new record is all about rising above those feelings, healing the wounds and starting a new chapter in life. After going through hell emotionally, she feels ready to once again enjoy her journey on Earth, and one can look at this whole process as some sort of rebirth, almost as if all the grief she endured was necessary to achieve true happiness. This is, according to her, an album about the rediscovery of love, but in a non-romantic, deeply spiritual manner.

A key ingredient here is the contribution of Venezuelan experimental electronic artist Alejandro Ghersi, better known as Arca. A talented creator of singular and bizarre electronic music pieces, he adds fuel to the creative fire, helping Björk reach even greater artistic heights. In a way, the two complement each other, as she has also given him the confidence he never truly had and always needed to reach his full potential. The self-titled album Arca put out this year features vocals for the very first time, a decision he made only after Björk encouraged him to sing, which in turn allowed him to grow as a composer. On Utopia, his role is of co-producer and also co-writer on five of these fourteen songs (Sarah Hopkins co-wrote one song too), a way to give back to someone who has always believed in him.

The term “soulmates” could be used to describe their relationship, even though they are not a couple. However, they share something very special together: the ability to communicate almost telepathically, being able to know what the other is thinking and what they both want from each other. Like two close friends swimming in an ocean of endless musical possibilities, they produce magic when reunited, and “Utopia” belongs as much to Arca as it does to Björk.

Musically, the album is ambitious and experimental; it may sound strange at first, but it slowly reveals its brilliance the more you become familiar with it. Eventually, it reaches that point of being addictive; at that moment, nothing else seems worth listening to. With each session, we discover new details that make us love this outstanding work even more. Highly visual, it is a cinematic experience as much as a musical one: if we close our eyes while absorbing these sounds, we quickly conjure up images of the breathtaking scenery of Iceland. The inclusion of a twelve-piece female flute orchestra, as well as the use of field recordings which include relaxing birth sounds, are instrumental in creating this marvellous atmosphere, adding beauty to an already delicate, sweet, sometimes vulnerable and certainly poetic studio effort. Hauntingly beautiful, this record will go down as one of the most interesting Björk has ever recorded, and a perfect example of a musician able to evolve even after four decades of continuous activity. A triumphant return!!