Blackpool’s Boston Manor have announced that their second album. Welcome To The Neighbourhood will be released via Pure Noise Records on September 7th. The band have also announced their biggest headline tour to date which will see them traverse the UK & Europe through September and October, including a date at London’s iconic Electric Ballroom on 22nd September. Support on the UK dates will come from Microwave, Drug Church and Wallflower.

Produced by Mike Sapone (Taking Back Sunday, Mayday Parade, Public Enemy), Welcome To The Neighbourhood is “a soundtrack to disenfranchisement set in a fictionalised version of the band’s hometown.” The first single to be revealed from the album is the “Halo“, a song underpinned by a wash of doomy electronics and visualised in the dark vignettes of its accompanying music video. “’Halo’ almost got scrapped & didn’t make the album,” vocalist Henry Cox admits. “It was a totally different song, much slower and moodier. About a month before we went into the studio we reworked it entirely & it morphed into this current incarnation. It’s a song about feeling trapped; being in a vicious cycle & not knowing if there’ll ever be a way out.”

The world that Welcome To The Neighbourhood inhabits is an unapologetically bleak one, a world rife with poverty and drug addiction, boarded up shops and a population unable to escape a predicament they didn’t even know they were in. “My generation financially and culturally barren,” Cox says. “We can’t afford to buy a house, we’re very much paying the price for our parents’ generation’s mistakes, but at the same time too fucking lazy and distracted and comfortable to do anything about it.” 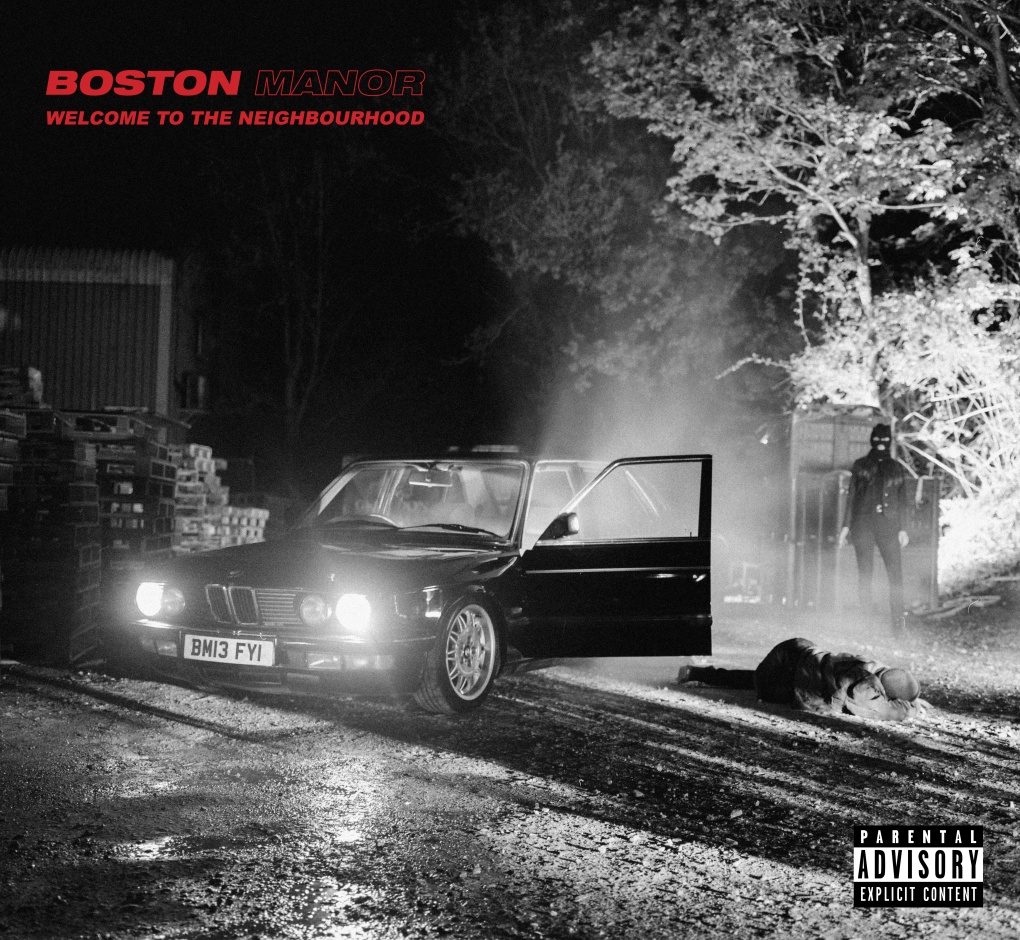