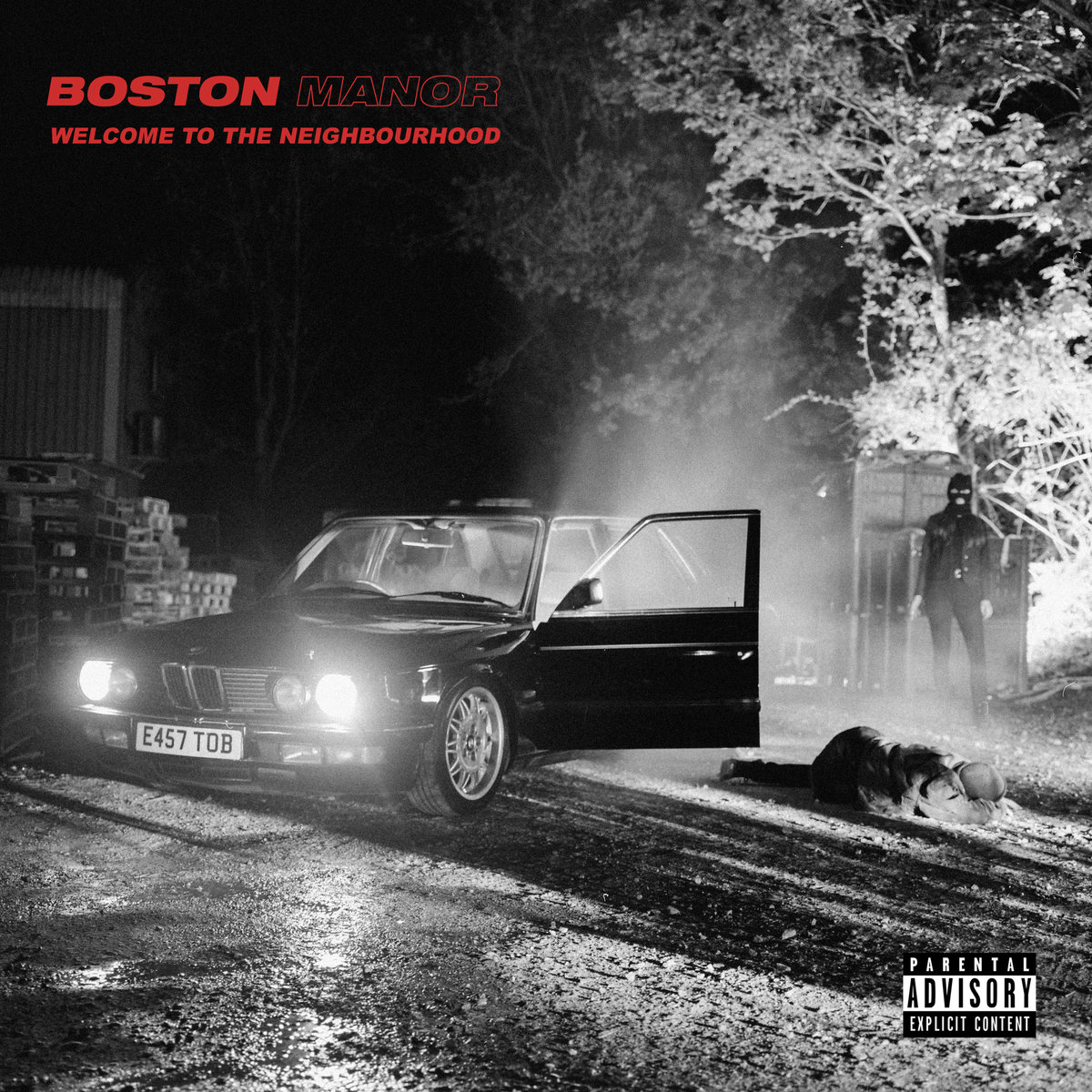 Set in fictionalized version of the seaside resort town of Blackpool, where pop-punk contemporaries Boston Manor grew up, Welcome To The Neighbourhood is a grim insider’s view of the darkness brought upon by poverty and the plague of drug addiction that has condemned the once vibrant community. Being personally affected and having to witness the hopelessness that settled like fog over the town, Henry Cox and band pulled from their environment to create a 12-song conceptual album that manifests itself as some of their best and most cohesive work yet.

Fans will be quick to notice that the band has expanded their sound within seconds of the titular track that introduces sinister synths that set the mood of the album. Whilst ‘Welcome To The Neighbourhood’ starts off slow, Henry Cox then launches into a rap-esque verses that hauntingly introduce the bleak and desolate undertones rifled within the lyrics throughout the album. ‘Flowers in your Dustbin’ kicks off with a heavy bass and synths that are very reminiscent of early Deftones and Glassjaw’s Worship and Tribute. The first single off the album ‘Halo’ is a doom and gloom electronic track that dejectedly captures heroin addiction. Lyrics such as “Cause I had then I lost it all… just a quick fix then I will get clean,” captures the seesaw of heroin highs and the lowest of the lows brought up the destruction of drug addiction. Standouts songs also include ‘England Dreaming’, ‘Funeral Party’, ‘Digital Ghost’, and the ethereally acoustic ‘The Day That I Ruined Your Life’.

The album unequivocally captures the feeling of being disenfranchised by the place you love and the current state of today’s mucked up politics, and that is what makes the album more relatable than ever – even if being political wasn’t the end goal. Yes, Boston Manor has changed, but it’s called growth and metamorphosis of the times – we must embrace. They are still as ferocious as before and come out swinging on Welcome To The Neighbourhood embracing new elements and giving an emotionally charged record that tackles serious issues that have long-lasting effects.