Boy Harsher’s fifth release is not a traditional album ⁠— it’s the musical counterpart to a short film written, produced, and directed by the duo, entitled The Runner, which will be released alongside the album in January 2022. The Runner is a horror film intercut with a meta-style “documentary” about Boy Harsher’s recording process. The soundtrack balances cinematic instrumentals with pop songs that push the boundaries of Boy Harsher’s sound. In conjunction with today’s announcement, the duo have unveiled the album’s lead single, “Tower,” and have shared new tour dates, including a screening of the movie at London’s Rio Cinema, followed by a show at Earth on February 20th – full tour dates below.

Both the film and soundtrack open with the heavy presence of “Tower.” The song is an incantation; with its pulsing synths, it’s a spell about desire and impending destruction. By the song’s climax, Matthews’ pleas transform into desperate screams. “We wrote ‘Tower’ several years ago and although it’s evolved over the years, its initial intent remains the same – that feeling of being enveloped, suffocated, entrapped in a relationship, which in turn manifests into reckless attack,” explains Matthews. “What you love the most can make you into a monster. And that’s what this song is about, being a paralyzed fiend.”

The visualiser for “Tower” comes from within the world of The Runner —presented as an exclusive session from the NUDETV program “Flesh First,” the duo performs the song in a dim warehouse with a masked drummer recorded on analog video.

Listen to Boy Harsher’s “Tower” below: 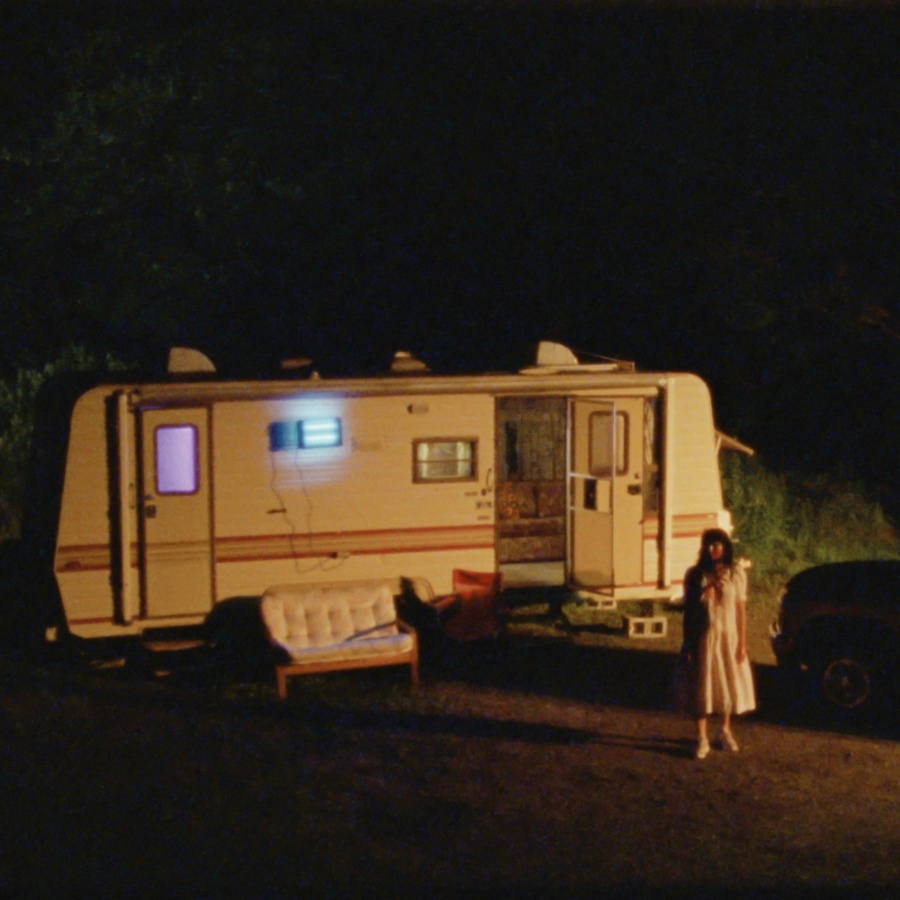