Austin-via-Alabama songwriter Caroline Sallee aka Caroline Says announces that her second album, No Fool Like An Old Fool, will arrive March 16 via Western Vinyl.

Sallee recorded No Fool Like An Old Fool while simultaneously working three jobs – finding the time was no easy task and her living situation didn’t make it any easier. Caroline explains, “I lived in a disgusting mildewed basement apartment that was like living in a gross cave. My landlords were a crazy old couple that lived above me and it was like living inside of a drum. I could hear their footsteps and their dog’s footsteps and a lot of the time it just sounded like they were throwing things on their floor. It was so hard to find a perfectly quiet time to record. I recorded all my loud stuff (amped guitar, drums) during the day and had to do quieter stuff, like vocals, late at night.” The hurdles she navigated to record naturally led to ad hoc recording techniques, and endless sonic experimentation, often leading to her use of the computer as an instrument. She remarks, “I did a lot of recording in a state of exhaustion from working so much. I was so worn down that these songs were able to just come through.”

She has also shared her self-directed and animated video for the first single, “Sweet Home Alabama”. Of the single, Sallee stated: “When you grow up in Alabama, “Sweet Home Alabama” by Lynryd Skynyrd is ubiquitous. It follows you. It’s on the radio. It plays at sports games. I learned to truly hate the song in the 5th grade when it would blare over the school’s morning announcements once a week. It’s a song that represents pride in the worst aspect of the state’s history and it’s an embarrassment to me. I wanted to appropriate the song title “Sweet Home Alabama,” because of how much my song contrasts Lynyrd Skynryd ‘s celebratory Alabama homage.”

Watch and listen to “Sweet Home Alabama” below: 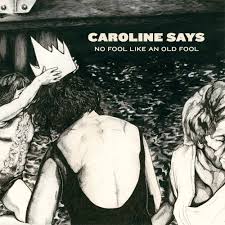