After going through some taxing experiences over the last years, Field Mouse are back with a new album, Episodic, which shows a much daring and ferocious side of the band and we just love it. We caught up with frontwoman Rachel Browne to know more about it.

Last time we talked back in 2014, you were moving to Philadelphia from New York. How have been these couple of years in Philly for you?
I’ve loved living here. It feels like home, which New York never did for me.

Your previous album Hold Still Life was majorly inspired by your life experiences in New York. The new album Episodic feels like a portrayal of what you’ve been through these last few years. What did inspire you this time around?
I wrote it over the course of about a year, and it’s really just snippets of those experiences. It was a particularly rough year, though. One of my (younger) sisters was diagnosed with breast cancer out of the blue, about two weeks after our other sister and I got back from a ton of touring. Alongside that, which became all-consuming, my relationship that had not been working out deteriorated rapidly and painfully. So I just wrote a lot, and the album is what came of it.

Naming this album as Episodic is really accurate, because the songs are about parts or events of your life. How was it like your creative process to develop these new songs?
We named it Episodic for both that reason and because of television. Andrew and I both use TV to help alleviate anxiety, and we both doubled down on it during this time period.

You and Andrew have always done things by yourselves and this is the first album that you wrote as a full band. How was it like the experience and what did each member bring different to the core of your songwriting process?
We wrote the core elements using the same process – Andrew or I would write something and bring it to the other, and the other would expand upon it. Then we’d take it to the band. Usually Andrew writes drum and bass parts/ideas for Tim and Saysha to mess around with. Zoë played synth and came up with some really cool parts, plus she wrote and sang harmonies. It was a great time.

Your sister Zoë is now part of the band as well, which is a great addition to the band’s dynamics. How did she get involved with the band?
I love being in a band with her. She had just graduated college and wasn’t totally sure what her next step was going to be, and we wanted a fifth member who could sing and play keys and guitar. She is classically trained at piano and is just wonderful to play with. She is so easy going on tour that it kind of calms me down whenever I start to feel too stressed out. 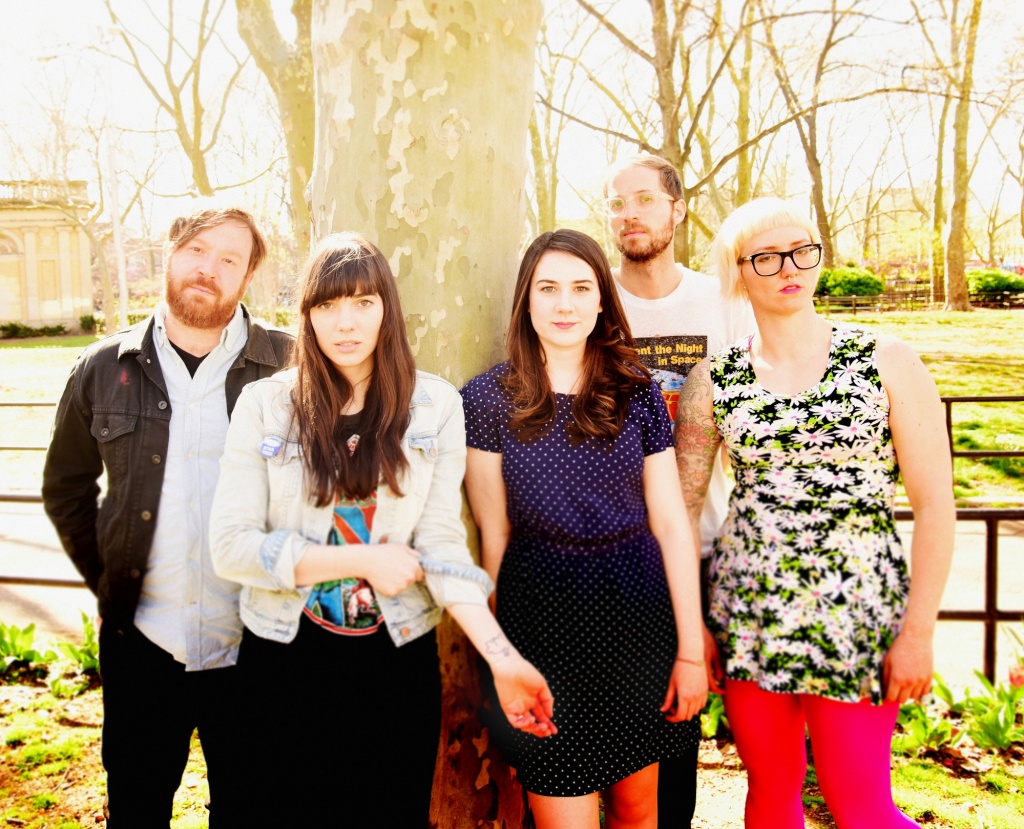 “It [the record] does sound like a few stories from someone’s shitty year, with all the ups and downs included.”

Your music feels angrier, more direct and with a great amount of powerful tunes. Working on this new album must have been a cathartic and liberating process for you. How do you see this new album as a whole now that it’s about to be released?
I do think it ended up sounding angrier, and in retrospect, I definitely was. It was definitely a cathartic writing and recording experience. I think – as objectively as I can – that it does sound like a few stories from someone’s shitty year, with all the ups and downs included.

You had really awesome guest musicians for this album – Sadie Dupuis, Allison Crutchfield and Joseph D’Agostino. How did those collaborations come to be?
Those three people are close friends of mine, and were all around Philadelphia while we were recording. I am thrilled that they wanted to bring anything to the album. I love the songs they worked on so much. They’re all amazing talents and equally great friends.

Episodic was recorded in Philadelphia with Joe Reinhart. How did go the recording process with him?
Joe Reinhart is the best. I cannot say that enough. It was the best time I’ve ever had recording. He brought some really important ideas to the table and he did it in the most effortless, even-tempered way. He has a great sense of humor and that comes through in everything he does.

In September you will hit the road with Cymbals Eat Guitars. Any plans for a European tour anytime soon?
I sure hope so! We’ve still never been.

What have you been listening to lately?
Forth Wanderers’ Tough Love, Courtney Barnett, Pinegrove, Tancred, Downtown Boys, Pinkwash, Swanning, all the old favorites too – Stereolab all summer every summer.