Los Angeles group Death Valley Girls are back with a new two-song seven-inch EP titled Breakthrough, set for release June 12th via Suicide Squeeze Records. This is their first new offering since their 2018 album Darkness Rains.

The band are today sharing the title-track from the EP. Speaking about the track, vocalist and multi-instrumentalist Bonnie Bloomgarden said “‘Breakthrough’ is a song we were super into then became obsessed with once we found the lyrics! They are about breaking free from an invisible prison. At the time, we were studying Damien Echols, of the West Memphis 3, and his ability to overcome being wrongfully convicted and imprisoned on death row for 18 years. He became a magician, master meditator, and learned how to astral project. We asked him for a few tips on how energy, intention, and music can keep you strong in these strange times.”

Listen to “Breakthrough” below:

The title track is a cover by Atomic Rooster, though the band discovered the track through a rendition by Nigerian outfit The Funkees. “It spoke to me because of the lyrics about breaking free from an invisible prison… we all have invisible or visible prisons we are trapped in,” says Bonnie. The song discovery coincided with the band’s interest in Damien Echols of West Memphis 3 and his ability to endure his imprisonment by learning to astral project through meditation. The b-side is another cover—a ramped up version Daniel Johnston’s loud-quiet-loud anthem “Rock ‘N’ Roll / EGA.” 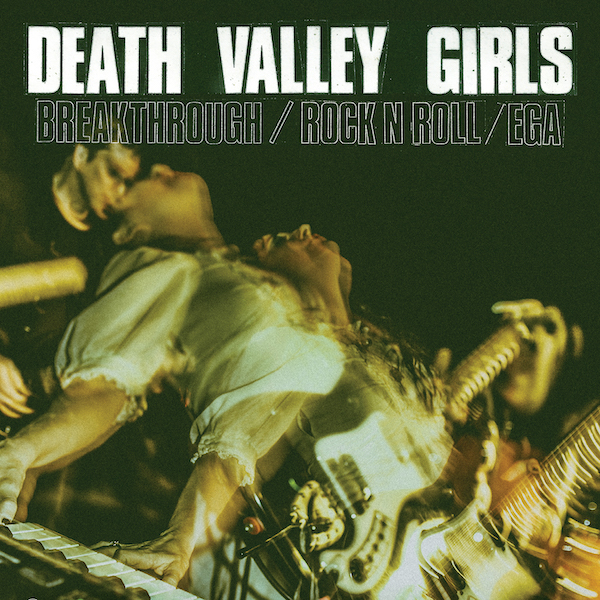