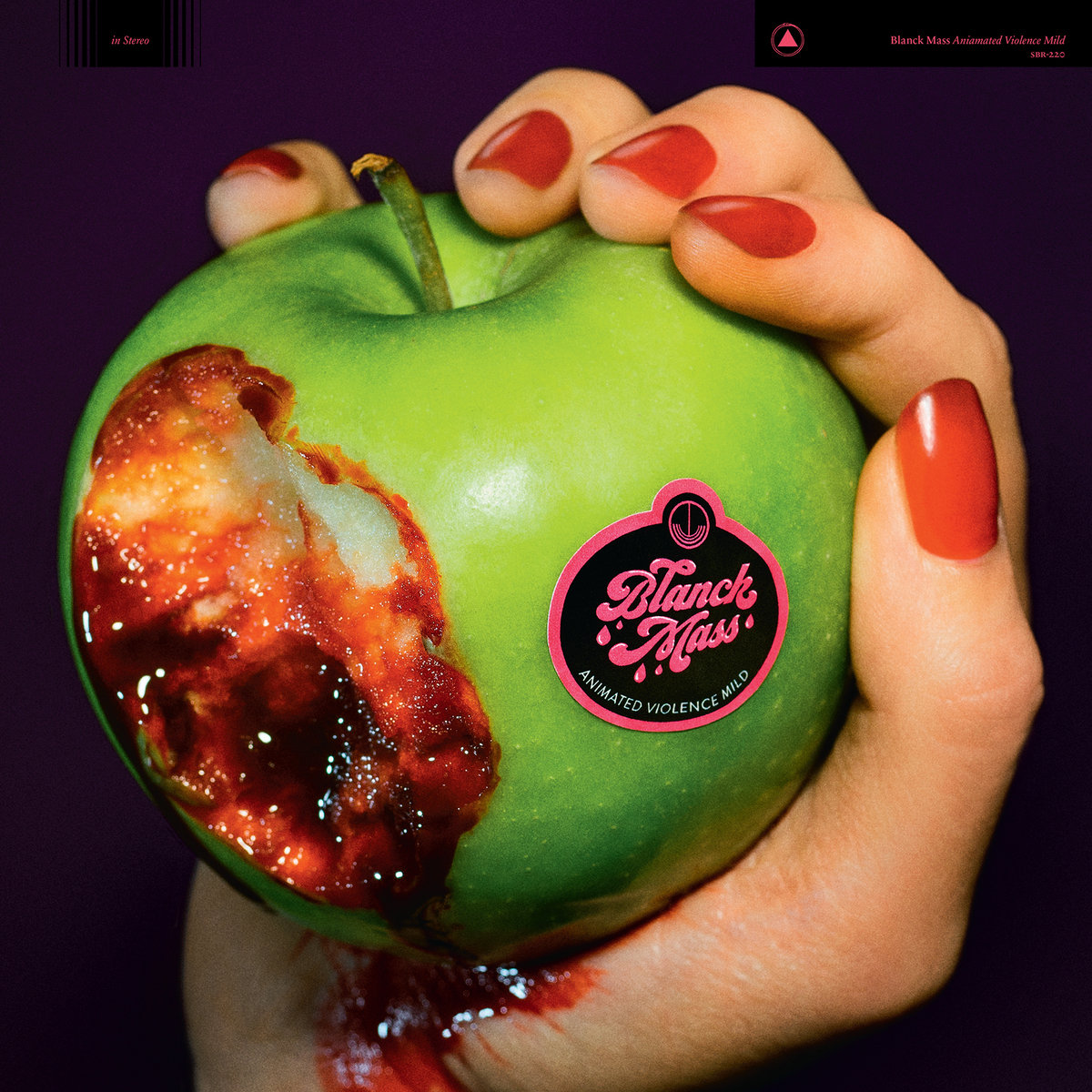 Benjamin John Power may have one of the most appropriate surnames to dawn upon the world of electronic music. The Blanck Mass entity/project is indeed a beast of such colossal and visceral power that you would be hard-pressed not to stand back in awe once the sound waves of Power’s music blast through the speakers.

But beneath the surface of the sound, Blanck Mass has always brought forth something more. It has always carried a deeper message within. If World Eater successfully conveyed the human duality of being torn apart between our rational ability for good and the primal, animalistic urges and feelings we carry within almost as if it was the musical response to Hermann Hesse’s classic “Steppenwolf”, Animated Violence Mild directs us to the fast-paced and unsubtle world of consumerism, almost reminding us of that famous Tyler Durden quote: “The things you own end up owning you”.

Right from the start, the record is as blunt and straight-forward as the album’s suggestive cover art. After a brief introduction, “Death Drop” and “House vs. House” open already in 5th gear, with blasting beats, powerful lead synthesizers, screaming vocals (yup) and suffocating layers of noise which, despite their brute force, never obliterate the melodies (the excellent Odd Scene / Shit Luck EP teased this musical direction fantastically). “Hush Money”, though not being a ballad by any stretch of the imagination, slows things down and introduces more structured dynamics, providing us some room to breathe. “Love is a Parasite” very subtly makes drum sounds and beats almost sound like coins dropping in the background of the track, and then it carries us through a melodious build-up of near-operatic caliber. The record’s softest and most harmonious moment comes in the shape of “Creature/West Fuqua”, an elongated interlude that soothes the listener with the delicate sounds of harps, eventually fading out and giving way to the pulsating bliss and defiance of “No Dice”, one of the album’s highlights. Finally, coming back full circle, “Wings of Hate” delivers on the title and closes out the sense-assaulting ride with electronic aggressiveness and uplifting melody walking hand in hand as if they were made for one another despite their conflicting nature. The co-existence of these two contradictory entities remains, in fact, one of the artist’s greatest strengths.

Though it deserved to stick the landing better than with the last track fading away into oblivion, Animated Violence Mild is, yet again, another puissant work from Benjamin John Power. Blanck Mass has crafted a singular and immediately recognizable sound throughout the years that merges beauty and belligerence like few acts in the music world do. A truly unique and dangerous world into which to dive headfirst.