There’s a uniqueness to Planes Mistaken For Stars that is extremely tough to put into words. Formed in Peoria, Illinois in 1997 and then relocated to Denver, Colorado, the band was always able to deliver craft a sort of uncommon sound… the Midwest for sure played a role in it. The arrival of their long awaited fourth studio album, Prey, made possible an interesting conversation with founder Gared O’Donnell about the US, life, his lyrics, and how everything is linked.

Correct me if I’m wrong but the only states on the Midwest where Trump didn’t win were Illinois and Minnesota. How do you feel right now about everything that is happening in America?
I think so, yeah. Illinois is pretty blue. I mean, you have Chicago which is one of the biggest cities in the world and it’s pretty progressive in some aspects. A lot of young artists… it’s a hip city. He had as much chance of winning in Chicago as he would in New York. No fucking way. He basically won the election preying on uneducated and the ignorant. That’s how he won, by telling people who can barely fucking read that he’s going to make them rich, make them better. And it’s a fuckin’ lie. It doesn’t matter who won. What’s going to happen geopolitically and politically in this country is going to happen anyway. The fucking bummer about it is socially the bar that he sets for people, the acceptable way to treat other people. You have children looking at their president and receiving the information, through what he does and says, that is ok to be a bully, mean, and racist. That scares the fuck out of me. He’s making it acceptable which might be good for change because it has always been this way but now it’s on the front, it’s on the surface. We can no longer hide what monsters we are.

Talking about the presidential election and the current state of affairs… there’s a song called “Riot Season” on this new album.
I thought that just the fact that he was in the news, that was even talk that he might run for president… I thought to myself, “Holy shit!” And I also knew that Barack Obama leaving office there was going to be a shift, a giant shift in power, and a giant shift in this country. We could see. You could just feel the pressure, if you’re in tune at all with the world. And some of us are a little bit more in tune with our surroundings… That’s why I drink as much as I do, because I try to get out of tune because it scares the hell out of me when I’m in tune. Because when I’m in tune I can see how out of tune we all are. [laughs]

Before we start talking about Prey I would like to discuss what came before. You broke up in July of 2007 and then you returned in 2010 playing a few shows here and there. I guess my first question is fairly obvious: what made you go on separate ways and then reunite three years after?
It was just time. I think we have just been in the grind too long. We all needed to go on our separate ways to focus on other things. Mike [Ricketts] wanted to focus on science, the other dudes [Chuck French and Neil Keener] had a band called Git Some, and I was going through a fucking terrible divorce and just trying to get my life back on track and trying to be a good father, the best I could be. So, it was just no place for us keep on going. We went a while, we missed each other, and then we started playing shows. We did that on and off for years and then we just finally with the prompting of Deathwish decided like, “Hey, this is stupid that we are not writing new stuff, because we still have our chops.” We gave it a shot and I think we came out swinging.

Planes coming back starts with live performances. How is it for you to play some of the older songs now? I imagine you’re now in a different place.
We’ve been playing stuff from Up In Them Guts, Mercy, and this new stuff. The first couple of EPs or even parts of Fuck with Fire aren’t as relatable. Everything above Up In Them Guts and Mercy makes sense to me more now than they did when we wrote them. It’s almost like looking into a crystal ball. Like I predicted my own future or maybe I predestined. I used to think I was being like clever in writing these stories but really I was basically keeping a diary sonically. [laughs]

Is there a case of you having a better understanding now of what you were writing back then? A sort of clarity that comes with time and perspective.
Oh yeah, I understand it a lot better now. The thing about the new record is that lyrically every song is self-aware this time. I know exactly where I’m coming from and I know exactly what these songs mean to me. Of course the interpretation belongs to whoever is listening to these songs but I know exactly what they mean to me whereas with Up In Them Guts and Mercy I didn’t know what some were about.

Did you have the intention of release a brand new album when you decided to release a reissue of Mercy?
Initially I contacted Jacob [Bannon] from Deathwish and ask if he wanted to do it and he was like, “How would you feel about writing a new record? That would make it even sweeter because we could just treat Mercy like a really expensive advertisement for the new record.” I was like, “That’s not a bad idea, man.” [laughs] We got the wheels turning… it was down to the wire, really, getting this new record done. I think we went in to the studio with the record half-written and we just banged it out. These guys are fuckin’ world class. They just basically take my OK songs and make them great. I couldn’t do it without them… And they couldn’t do it without me. [laughs]

During the hiatus, you were involved with Hawks & Doves and Neil [Keener] and Charles [Edward French] played with the great David Eugene Edwards on Wovenhand. First, did you feel that writing all the songs on Hawks & Doves helped you to evolve as songwriter?
Anything you do is growth, but I also think it gave me a little bit more confidence and self-worth. If you listen to Hawks & Doves, it’s not entirely a world apart from Planes. It is just a different flavor. It’s still ice cream but just a different flavor. [laughs] I think it kind of showed me my value in Planes. It helped remind me that I am an asset, at least in regard to Planes. Because when I did that record I was really at a low point in my life, a terrible low point. The only think that I had going for me was meeting my current wife and my little boys loved me. That’s what kept me alive, those three people. And that’s still what keeps me pushing and keeps me going. I’m proud of that record and I wish more people would have heard it. It didn’t really get much… it got zero publicity. I think I had one review of it. [laughs] 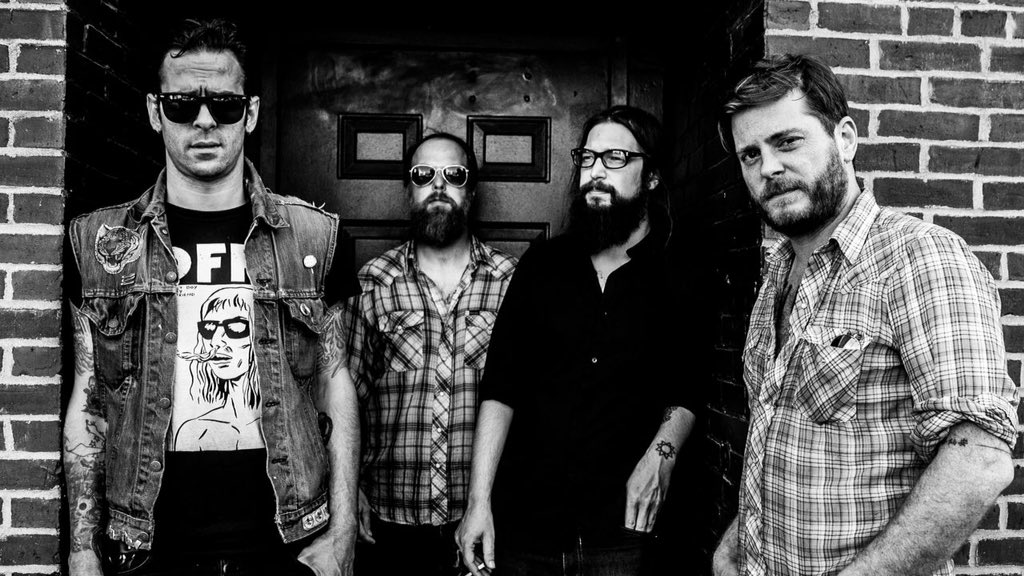 Did you notice any impact, writing the new material for Planes, from Neil and Charles experience with Eugene?
I just think they became stronger players. They have been working with him for a while, touring constantly. When you keep your machine greased, that’s never a bad thing. I think that is cool, especially in Chuck’s case that what Wovenhand does is so much more sparse musically. It’s cool that he was able to get more comfortable with the spacey stuff and fitting into the role of a lead guitarist. Before, with Chuck, he would do some out there stuff and I had to push him to keep doing it. I would say it was awesome and I would starting asking, “Is it too much?” Now he doesn’t ask if it is too much and just does whatever the fuck he wants and sounds good. I think we are all just more confident musicians.

Before recording the album you took a little trip that you described as being “some sort of pre-midlife crisis bullshit.” According to the A.V. Club piece, you said “I wound up in a fucking Motel 6 trying to start fistfights with truck drivers (…)” Is that true?
No, that’s not what happened. They misquoted me. I said, “I ended up at a Motel 6 trying to stay out of fights with truck drivers.” Because people kept taking fights with me. I would never try to start a fight with anybody, that’s not what I do. I had to defuse a situation once or twice and that wasn’t what I was planning on doing.

What was that about and did it have any impact on the album itself?
I took the trip to just get out of my normal surroundings to focus. I work from home anyway. I was just like, “I will hit the road and bang out all these lyrics.” I went with a big envelope full of scrap paper that I had written lyrics on over a ten-year period. I had literally hundreds of little pieces of paper that I had to transcribe and figure out what I wanted to use and what I was going to throw away. I thought it would be much easier to do it if I wasn’t distracted with my normal duties and maybe I could have a couple of cool experiences along the way. So, I just got in the car and drove. I didn’t get very far. I did drink way too much, had a mini nervous breakdown and came home. [laughs] Definitely affected the record.

Your music was always shaped and influenced by your surroundings. Has your perception of the Midwest changed a lot throughout all these years?
Not really. I think I’m just more tolerant of it now since I’ve seen a large chunk of the world – different cultures, different places, etc. The one thing I come back with is that not much is different. [laughs] There’s little subtleties but pretty much anywhere where people are they want to somewhere else. I’m content with where I’m at and if I get sick of it I just leave for a couple of days.

Correct me if I’m wrong, but Prey is the first time you guys worked with Sanford Parker, right? How it was to work with Sanford was and what did he bring to the table?
Yeah, I recorded one song with Sanford for Hawks & Doves but we’ve known him for many, many years and he’s been a friend of ours for over a decade. We just finally got to work with him and it was great. He brought a lot of enthusiasm, he’s really brave and experimental, and there’s not much that we would rule out. He was also very active with me doing my vocals. We did a lot of vocal work and he really pushed me. He just brought really good performances out of everybody.