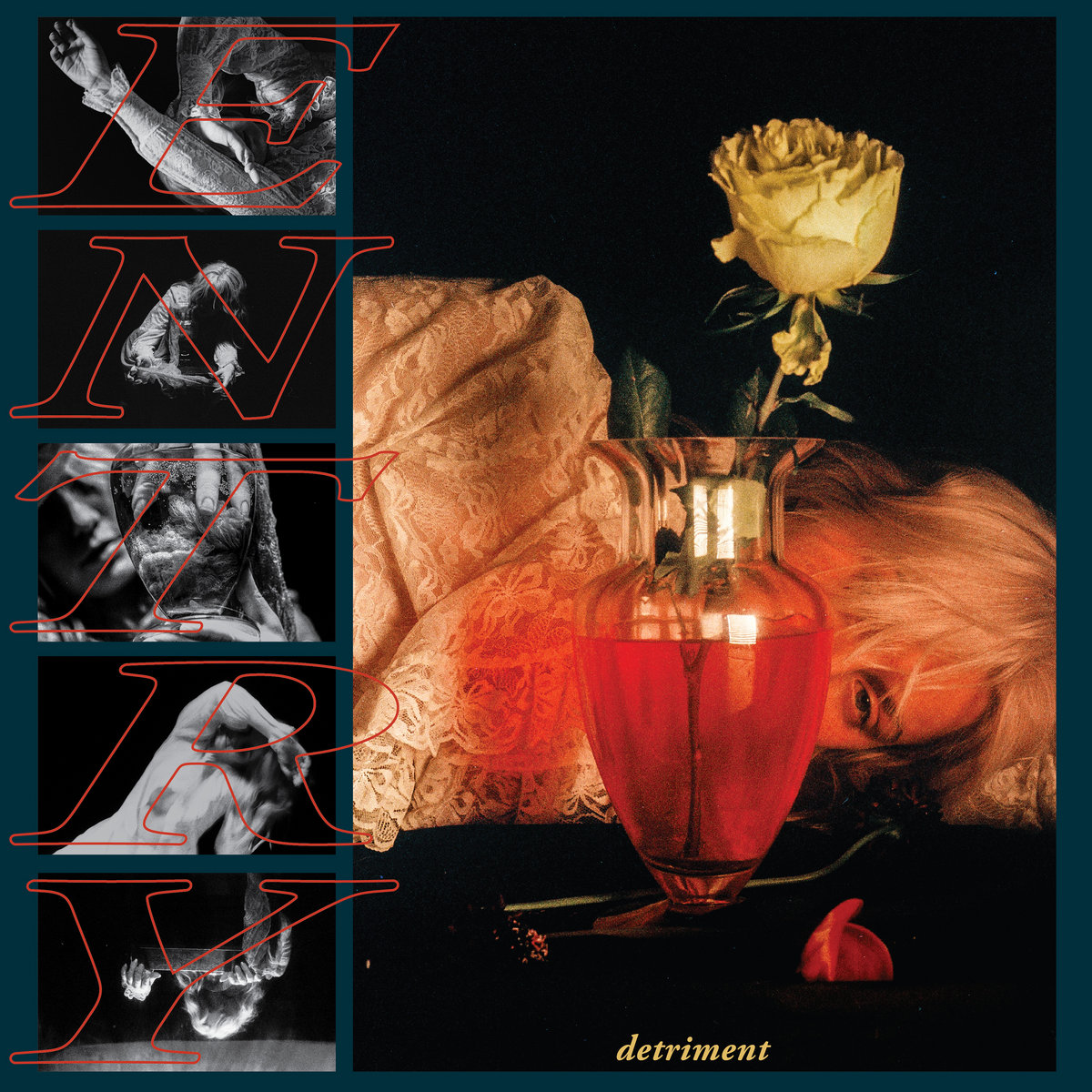 Southern Lord signees Entry, from the warm climes of Los Angeles, make their long form debut with Detriment – an angry, lo-fi hardcore release, that pummels and punches way above its weight and takes matters further by drilling direct into your brain with their sonic mischief.

With front-woman Sarah G capably commanding your attention with her throat thwapping vocal assaults, and a band who sound like they are playing as fast and as frantically as possible – for fear of exploding if they hit anything near a conventional tempo, like some booby trapped bus. This is hardcore as it should be, stripped back, lacking any airs or graces and full of piss, vinegar and not a little bit of manners.

From opening track proper “Your Best Interest” to the (frankly stunning) “Selective Empathy” – a full tilt hardcore classic, full of drums that are trying to break the warp speed barrier, and guitars that stab and probe for the soft fleshy bits that can only take so much damage, to Sara G’s unrelenting vocal battering – it is very clear that this is a band not interested in taking it easy, and who are bored of fucking around.

They come at you armed and angry, and you have two choices, piss or get out of the way. This is a highly recommended album for the fans of Code Orange, Converge and early Cave In. No frills, no spills, and no respite. Just pure punk brutality and all delivered with a good-natured kick in the ribs. Lovely stuff.

Words: Andi Chamberlain // Detriment is out now on Southern Lord.