Our new issue is OUT NOW, and let’s say that we’re proud and pleased to feature Bring Me The Horizon in our cover story.

Sheffield-based quintet Bring Me The Horizon are in a very intense twelve-year run and what they’ve conquer is probably more important than the music they’ve produced since the band’s inception, back in 2003. In their upward success spiral they’ve increased significantly the quality of their music, they were daring to the point of changing almost entirely their game, they’ve proudly maintained a working class ethos, and they refused to exchange their independence for whatever countermeasure you can think of. That’s The Spirit is probably the most accomplished work of the band so far, the answer to years and years of search by a band that refused to give up until their vision was turned into an unshakable reality. Bassist Matt Kean shed some light about what’s arguably one of the most important moments in the career of one of the best bands in the contemporary music scene. 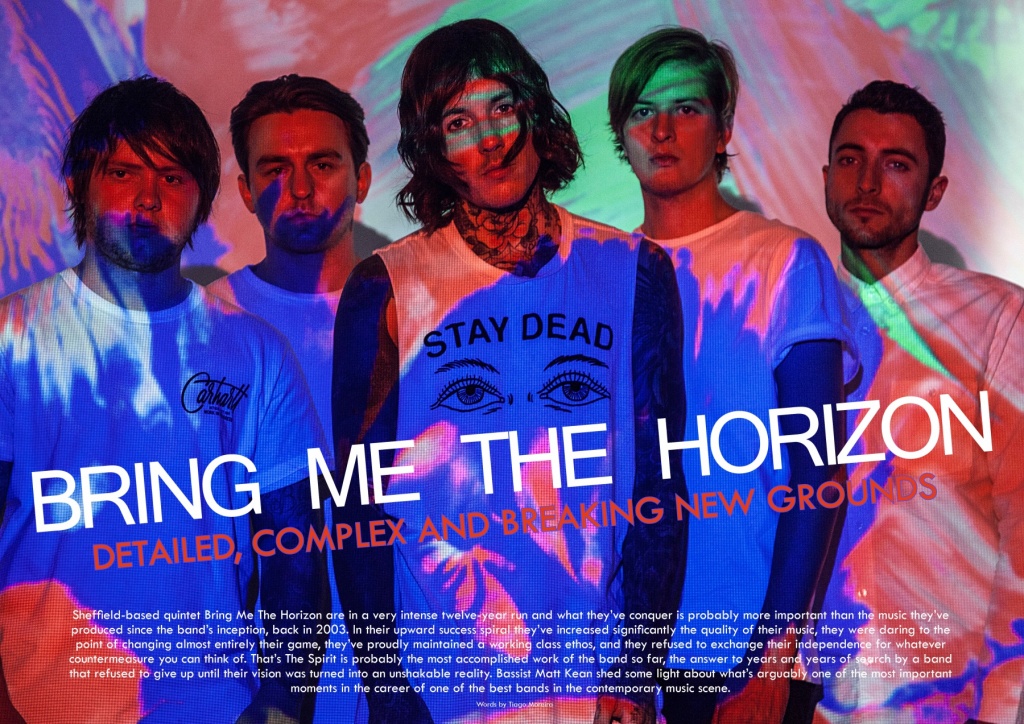 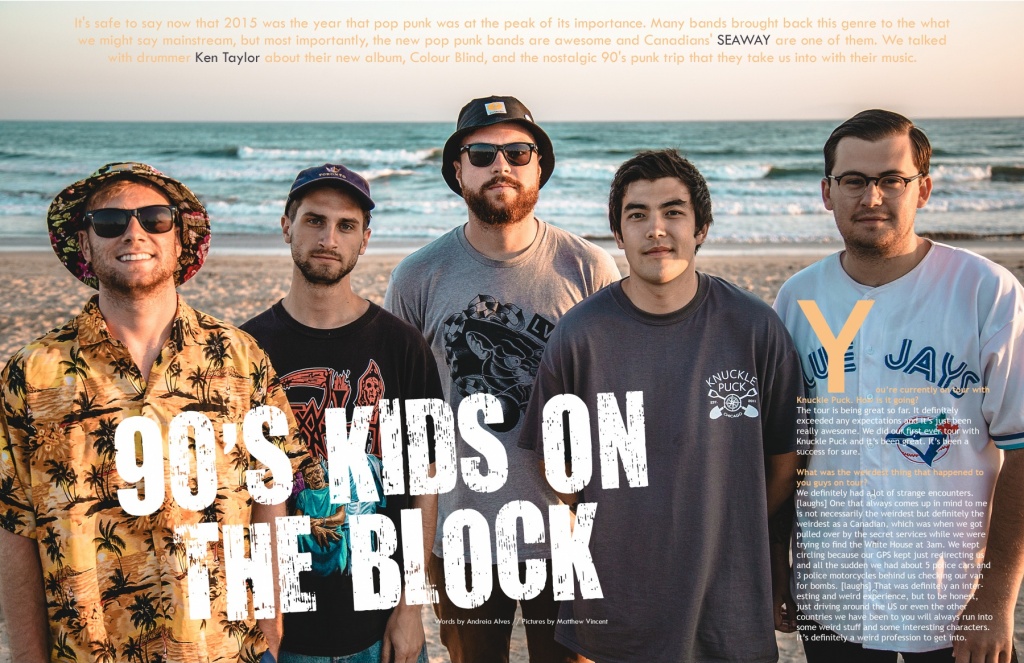 It’s safe to say now that 2015 was the year that pop punk was at the peak of its importance. Many bands brought back this genre to the what we might say mainstream, but most importantly, the new pop punk bands are awesome and Canadians’ SEAWAY are one of them. We talked with drummer Ken Taylor about their new album, Colour Blind, and the nostalgic 90’s punk trip that they take us into with their music. 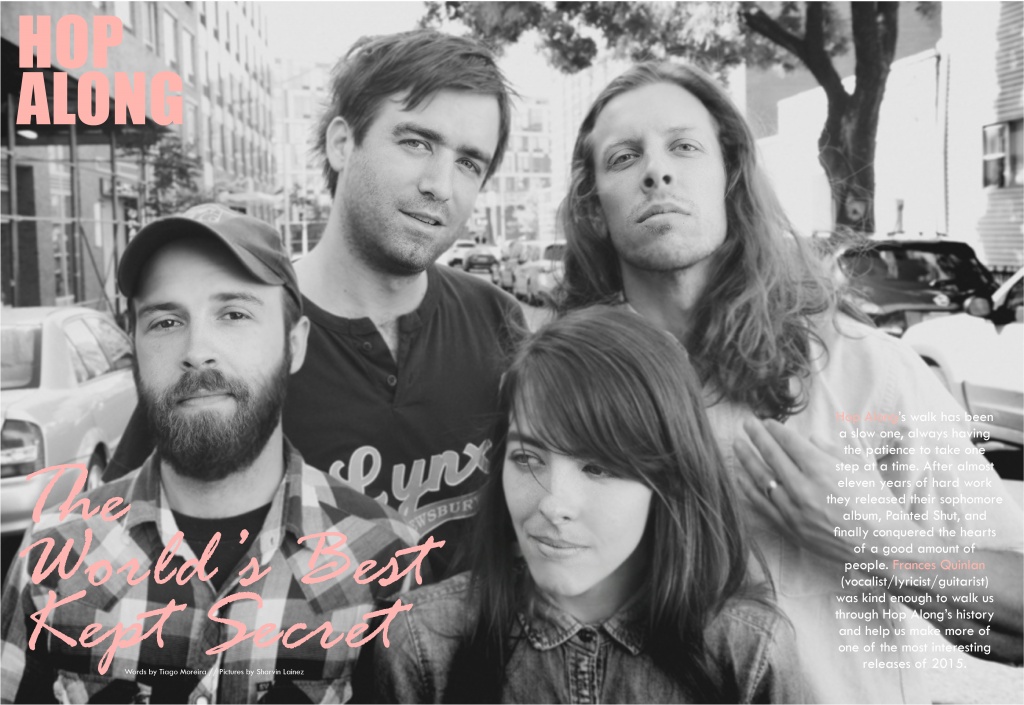 Hop Along’s walk has been a slow one, always having the patience to take one step at a time. After almost eleven years of hard work they released their sophomore album, Painted Shut, and finally conquered the hearts of a good amount of people. Frances Quinlan (vocalist/lyricist/guitarist) was kind enough to walk us through Hop Along’s history and help us make more of one of the most interesting releases of 2015. 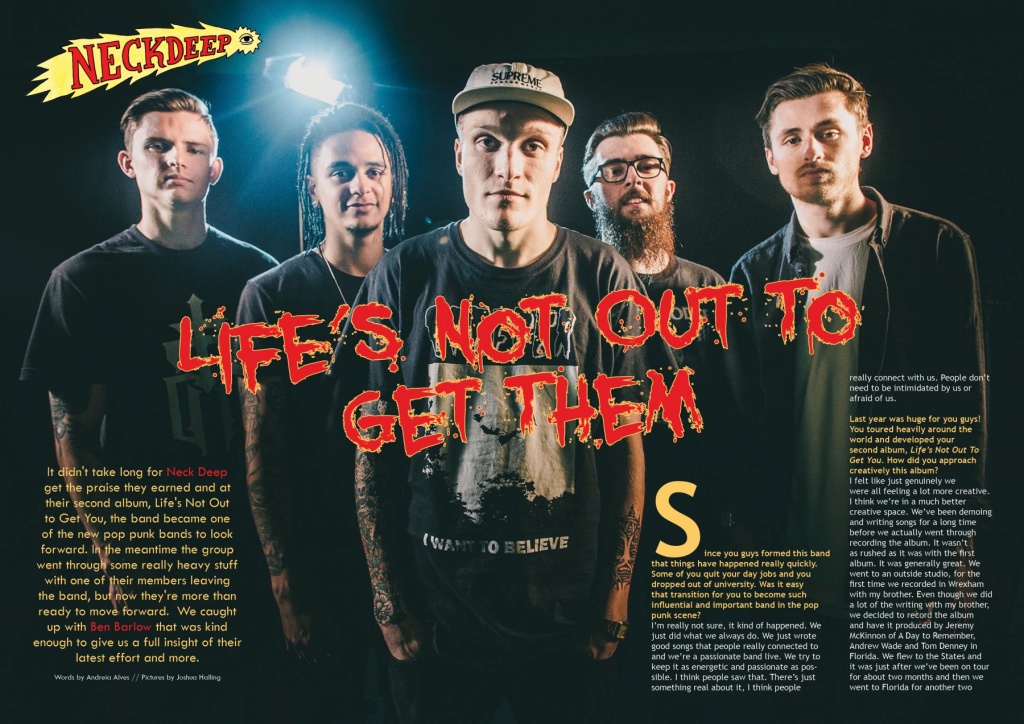 It didn’t take long for Neck Deep get the praise they earned and at their second album, Life’s Not Out to Get You, the band became one of the new pop punk bands to look forward. In the meantime the group went through some really heavy stuff with one of their members leaving the band, but now they’re more than ready to move forward. We caught up with Ben Barlow that was kind enough to give us a full insight of their latest effort and more. 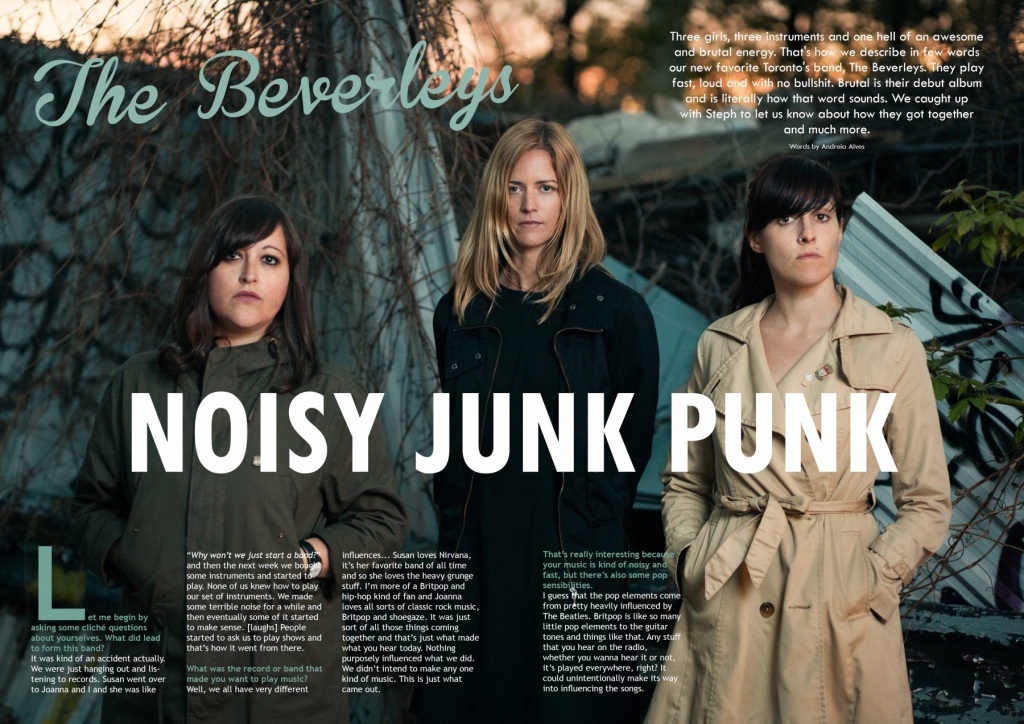 Three girls, three instruments and one hell of an awesome and brutal energy. That’s how we describe in few words our new favorite Toronto’s band, The Beverleys. They play fast, loud and with no bullshit. Brutal is their debut album and is literally how that word sounds. We caught up with Steph to let us know about how they got together and much more.

++ Interviews with Blessthefall, Wildhoney, Wrekmeister Harmonies, Between The Buried And Me and Corrections House.

LIVE REPORTS // And So I Watch You From Afar, Lonely the Brave, Mac McCaughan, Unknown Mortal Orchestra, Fidlar, Bully, Being As An Ocean, Beach House… 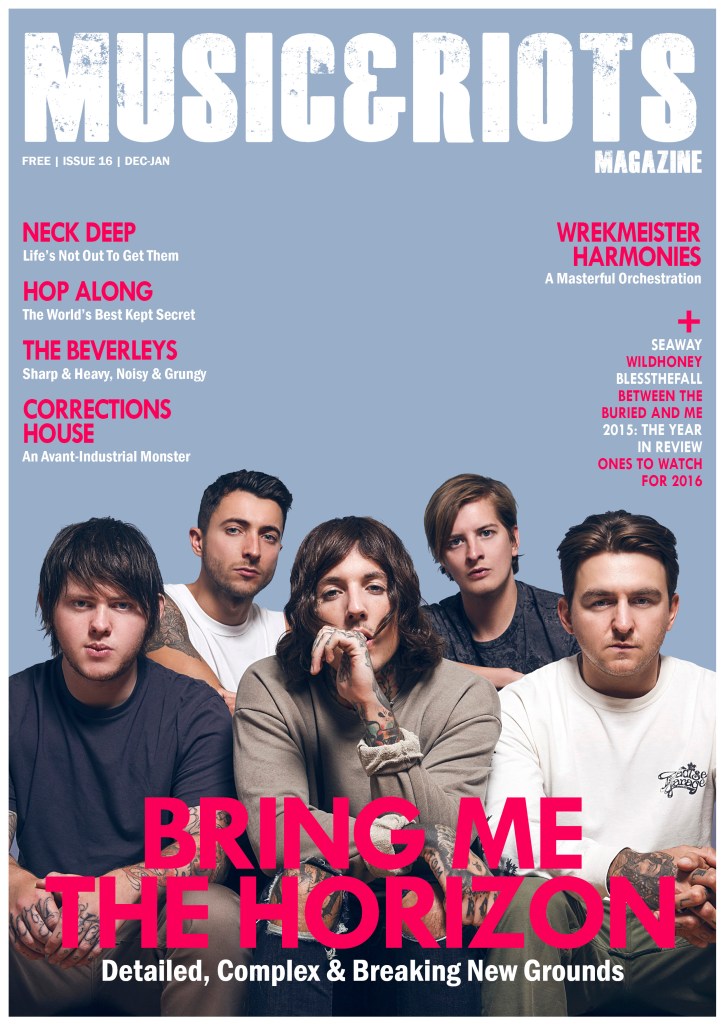