Last Flag Flying, by critically acclaimed director Richard Linklater, is a war movie with no war scenes, focusing instead on the effects of such a horrific event.

Starring Steve Carell, Bryan Cranston and Laurence Fishburne, it follows three Vietnam veterans who reconnect after three decades and travel together to give one of their sons, murdered in Iraq, a proper burial. It is a bittersweet road trip movie, something Linklater has never really done before; however, this scenario is used to once again explore a crucial element in his work: his humanist themes. Even if many of us have never been to war, we certainly know what is like to lose someone we love deeply and how hard it is to overcome such a loss. One of Linklater’s biggest talents is to be able to analyze life and capture the good and bad moments of our existence with his camera, almost like his art is an ongoing sociological research. 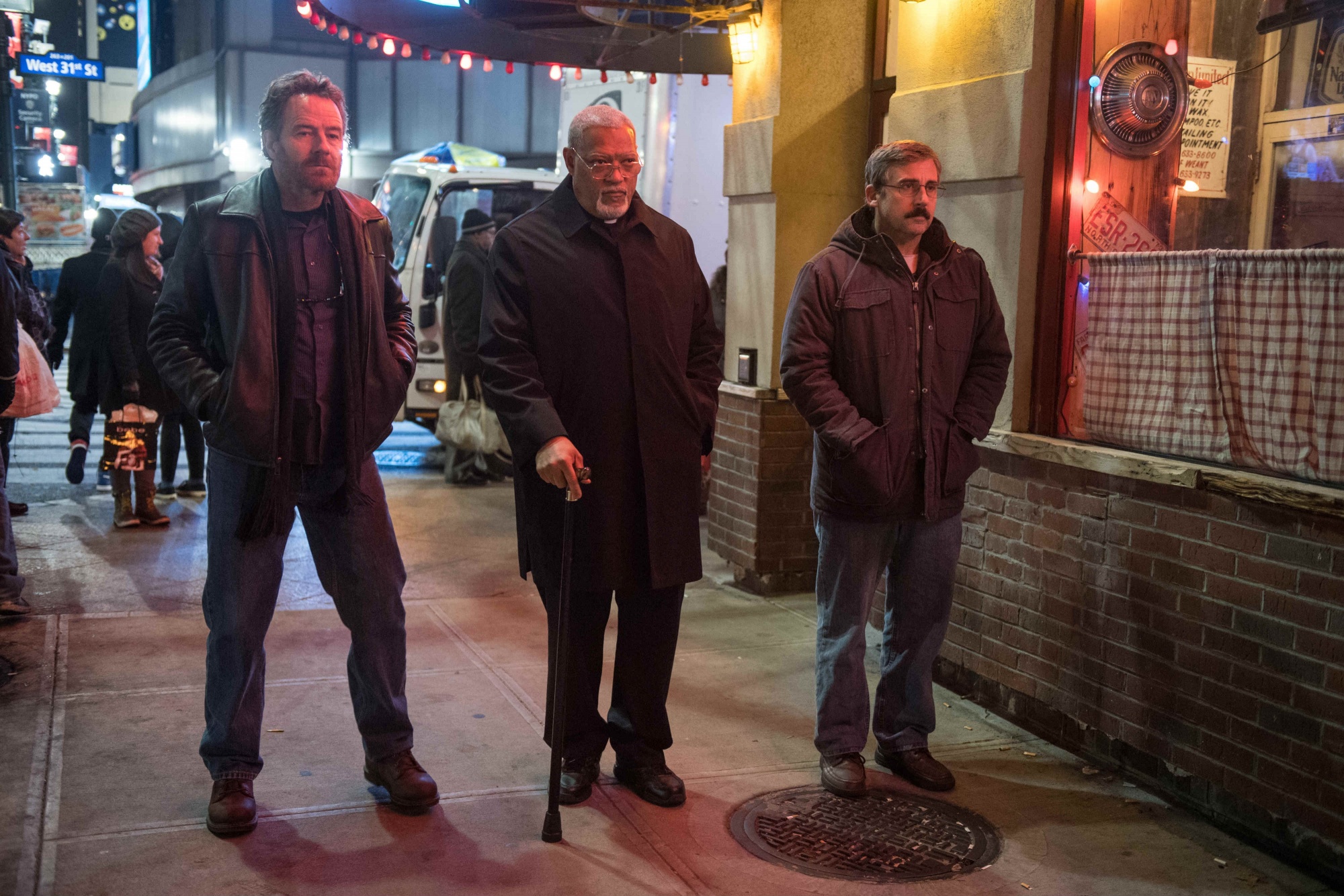 Patriotism is another theme discussed, although the director doesn’t blindly defend America. The movie does, however, support those who sacrifice their lives to fight in a foreign country, away from their family and friends. It also criticizes, on the other hand, the tendency to often hide the truth in these situations: Larry’s (“Doc” as they call him) son did die in Iraq, but not while fighting. Still, it is all about projecting a successful image: dying defending your country makes you a hero; dying any other way sounds less heroic.

Being a film adaptation of the novel of the same name written by Darryl Ponicsan, Last Flag Flying ends up also working as a tribute to the highly acclaimed, Oscar-nominated 1973 movie The Last Detail, starring Jack Nicholson, Otis Young and Randy Quaid, based on a previous book of the aforementioned author. In the end, this is an unofficial spiritual sequel, just like Everybody Wants Some!! was directly inspired by Dazed and Confused. This time, though, Linklater moves away from his own work as a source of inspiration for spiritual sequels and looks into someone else`s legacy to create something thematically similar. It is not his best effort, but it proves the man responsible for masterpieces such as the “Before” trilogy hasn’t lost his touch. His work may have never been the most visually stunning (he is a self-taught filmmaker, after all), but it constantly offers compelling stories with relatable characters; Last Flag Flying is no exception. Dramatic but also funny at various points, it manages to entertain us throughout its duration.