Panos Cosmatos is like that band you like which only releases a new record from time to time, but when they do, you know it’s going to be something interesting. It’s been 8 years since the psychedelic weirdness of Beyond The Black Rainbow, and now that Mandy has arrived, we are treated to, yet again, psychedelic weirdness.

The notion of the film as an audiovisual experience remains Cosmatos’ biggest strength. Every frame and every bit of sound were tinkered with to make it feel like what Alexandro Jodorowsky wanted to create with his adaptation of Dune: a film that gave people LSD hallucinations without them taking LSD. There are many frames in this film that, if paused, would be equal to a great painting for your eyes to gaze at. Couple that with yet another brilliant score by the late Jóhann Jóhannsson (one of the best film composers and overall musicians in this present decade) and you’ve got a full-fledged trip ahead of you. And I haven’t even got to Mr. Nicolas Cage yet. Oh my, what a batshit insane performance the man gives. You know his crazy, twisted smile from Vampire’s Kiss? Or him screaming like a raving lunatic about bees in the remake of The Wicker Man (I can’t believe I actually mean this as a compliment)? Yeah, it gets better than that starting in the film’s second act, when the action kicks it, and Cage goes completely berserk. 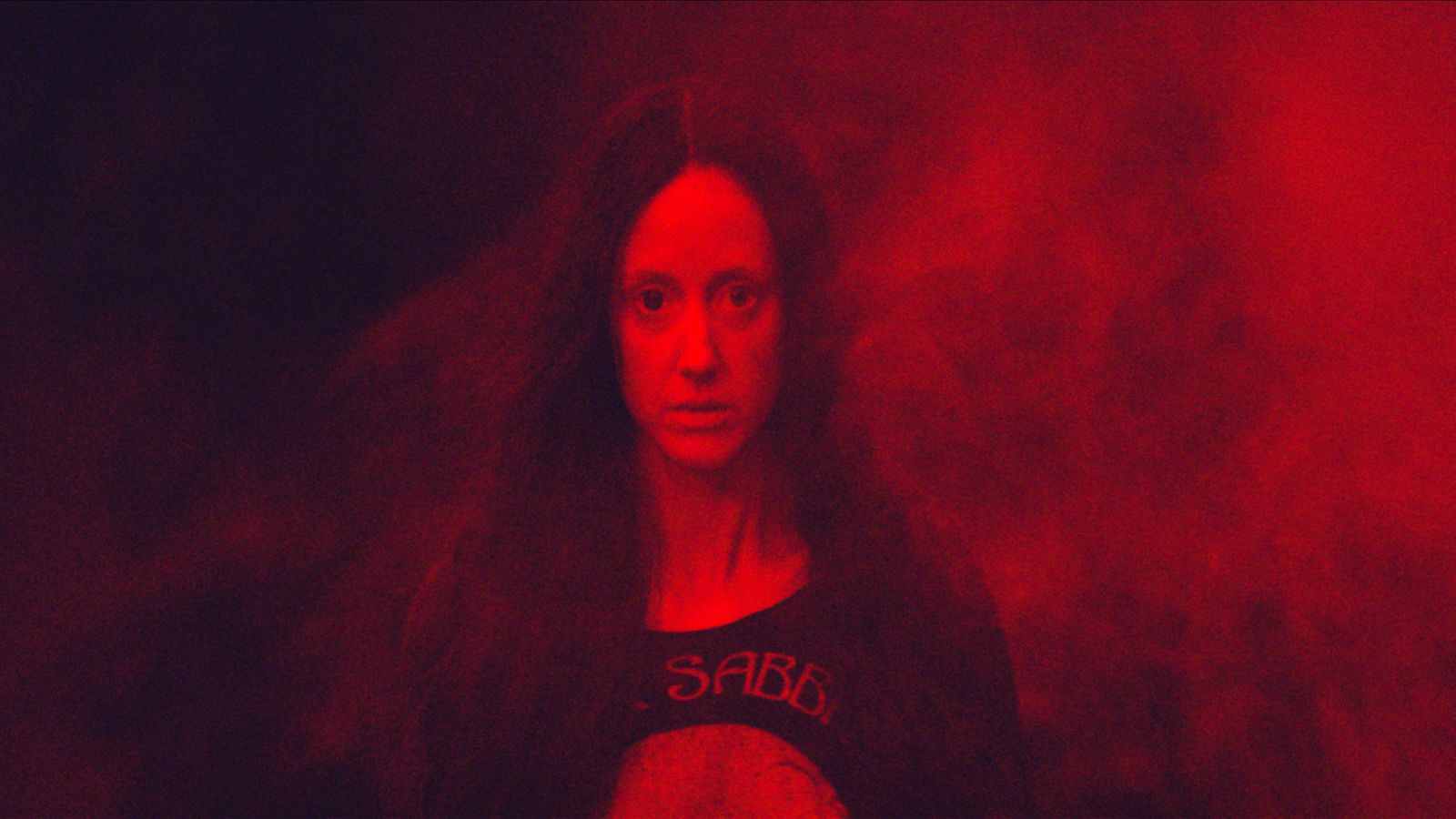 Until then though, it’s a struggle not to fall asleep. The film ultimately benefits from the absolute slog that is the first act, but it takes a long time to get going, and the watching-paint-dry pacing of it is a challenge. Plus, what I said about this being an audiovisual experience…? Yes, that’s pretty much all it is. Meaning that there’s isn’t much of an interesting plot at the heart of Mandy, or any interesting conflicts or subjects being discussed here. It’s a simple revenge film, and that’s it.

Though it could have been a lot more, and the pacing of the film’s first 40-50 minutes could have been much better, Mandy succeeds at offering what might be some of the year’s best visual moments in cinema, and one of the year’s most insane performances in Nicolas Cage. And there’s plenty of merit to find in that already.