Ok, let’s take a minute to think about what Mother! really meant to you… Great! Let me guess, you probably had a lot of mixed feelings about it and you have for sure concluded that you’re probably too dumb to understand the movie. You probably think you’re too politically correct to think this was too much or just plain and simple hated the movie because you somehow felt that Aronofsky went too far on this one…

Mother! is an unexpected, disturbing, challenging and an unparalleled triumph; perhaps too revolutionary and brilliant for this era of studio filmmaking. It gives a new meaning to what psychological thrillers should stand for, but it also makes you experience something that will really fuck you up. Mother! is a distinctive, dazzlingly metaphorical and extremely critical work that will make you feel uncomfortable and confused.

Jennifer Lawrence and Javier Bardem are wife and husband living out in the country. He’s a poet experiencing a serious writer’s block while she’s renovating their house. The story starts when two unexpected guests, Ed Harris and his sex on legs wife (Michelle Pfeiffer) and then their two troubling sons (Brian Gleeson and Domhnall Gleeson) show up. 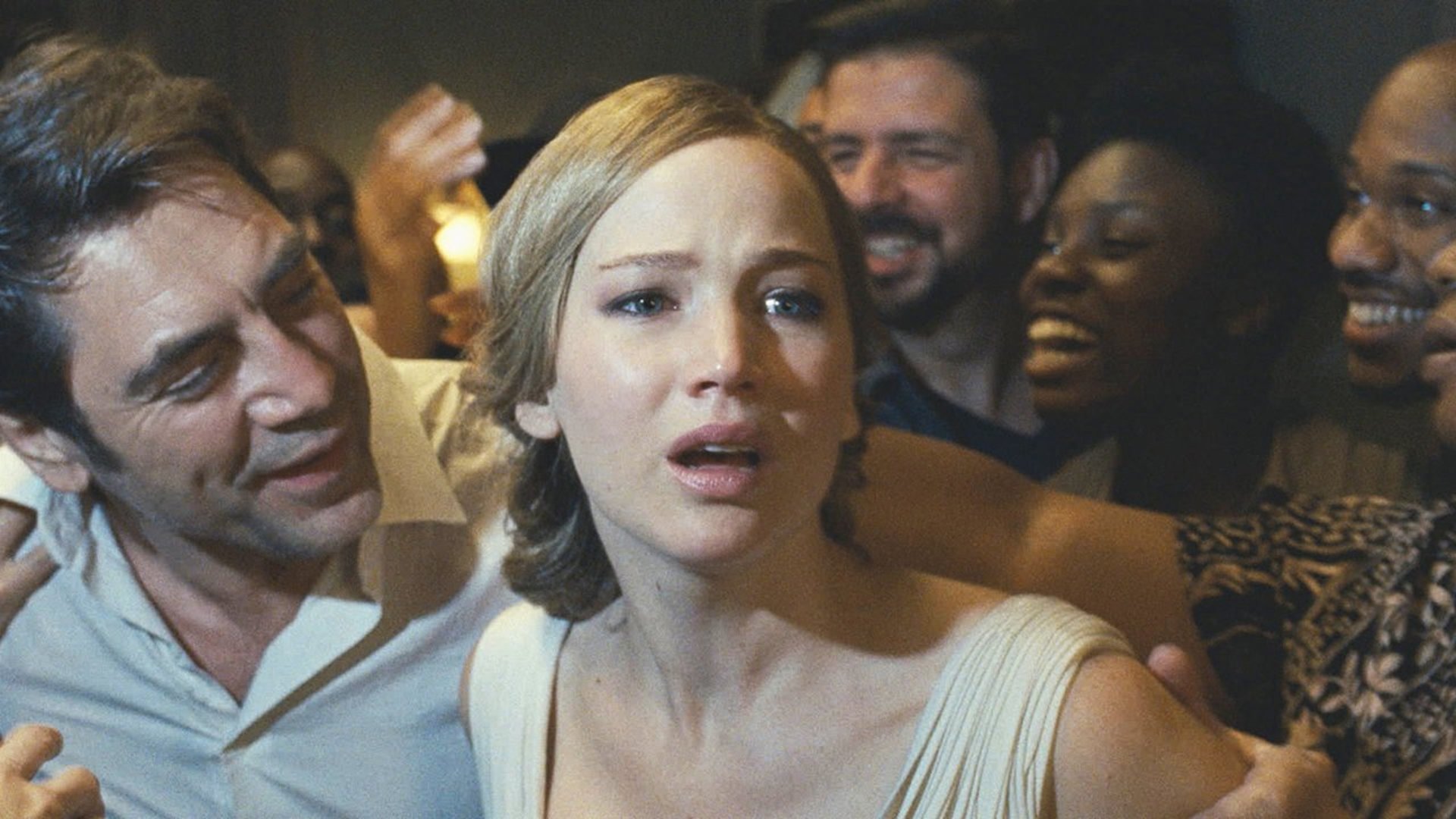 What happens next? Let’s just leave it there as we don’t want to give away any spoilers, because this movie is open to any kind of interpretation. From hate theories to some kind of allegory in the way the whole narrative goes. Mother! is a film with obvious biblical content, from Mother Earth to God, from Adam and Eve to their sons Abel and Cain, it also tackles the whole society over the years, its progress and downfall. There are religious and political references but also an empowering feminist stand and a strong emphasis on climatic changes. Aronofsky tackles everything with his raw attitude, he does nothing to force undue sentiment, because he goes straight to the jugular. The dominant mood alternates between weirdness, madness and terror and it will not leave anyone indifferent.

Mother! is a masterpiece. A revolutionary experience in filmmaking, a movie that will generate hypocritical hate, dishonest and cynic reviews, but in 10 to 20 years everyone is going to talk about it like a true classic, a revolutionary piece that will at some point get its deserved praise.