Here’s a genuine question to start us off that maybe someone can answer for me: has the Cold War ever really ended, like we were told years ago? Red Sparrow seems to think the answer is “no, it hasn’t”, and in answering that way it sends us through a maze of intrigue, deception and double-crossing.

When unfortunate fate strikes ballerina Dominika Egorova and a serious injury on-stage prevents her from ever doing what she loves again, she finds herself forced to join the Red Sparrow program in order to serve her country and, most of all, keep providing for a roof to remain under her invalid mother’s head. After a brutal and graphic road to preparation, Dominika is tasked to get closer to C.I.A agent Nate Nash, sending her further into a rabbit hole of blood-soaked mistrust and paranoia. And I say “blood-soaked” because the film does not shy away from the true damage of a well-sharpened knife or a carefully crafted torture session, all the while showing the emotional implications of this whole ordeal as well. 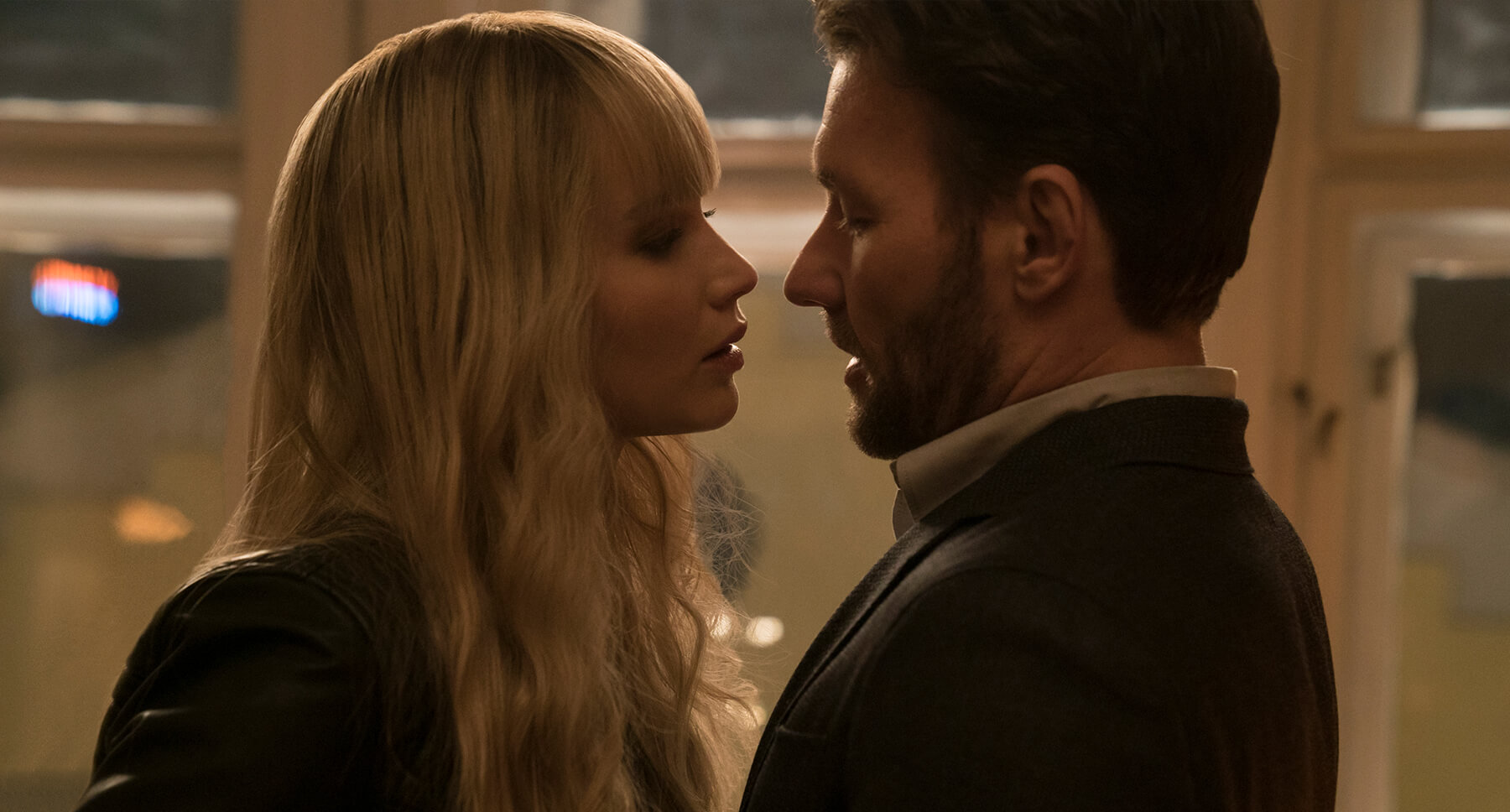 Now, obviously we can’t feel any emotional damage on screen if there is no good acting or thorough building of character. Fortunately for us, we’ve got both for Dominika Erogova, our main character. I used to be, it pains me to admit, one of those people that regarded Jennifer Lawrence to be one hell of an overrated actress. I can’t believe that it took me to see last year’s Mother! and now Red Sparrow to see the depth of her talents. She goes everywhere emotionally without ever derailing or overacting, including knowing when to show lack of said emotion. The rest of the cast is good too, but unfortunately they end up playing second-fiddle (rather intentionally, it seems, but still…) to Jennifer Lawrence, which unfortunately ends up being one of the films biggest flaws.

The plot is interesting and smart, throwing curveballs at the viewer every now and then and thus successfully keeping him/her engaged. But it’s also easy to get lost in the midst of so much information. It feels great to be in the presence of a film that respects its audience and trusts said audience to be able to keep up with what’s going on. But when a story gets convoluted, it really doesn’t help, and at times that’s the case with Red Sparrow.

All things considered, if you like a mostly slow-burning but risqué and at times graphic thriller with a labyrinth-like quality to its story, Red Sparrow is a film for you.