You Star Wars “fans” are the fucking worst, aren’t you? Whenever a new Star Wars movie tries to recapture the magic of the original trilogy like The Force Awakens did, it’s an unoriginal rip-off. But when another one veers a bit farther from it, you feel betrayed and throw a tantrum. Grow the fuck up, people.

More than a fan of Star Wars, I am a fan of films. And this franchise has delivered both yawns (The Phantom Menace, Attack of the Clones) and cheers (The Empire Strikes Back, The Force Awakens). I’m happy to report that The Last Jedi falls in the latter category.

Rian Johnson revamps the Star Wars mythos while also expanding its universe with new creatures, characters, planets and a notion of the “force” that has never been fully explained before. In fact, he has already announced that he’ll be in charge of a new trilogy after “Episode IX” drops, and that he’ll be exploring things beyond the Skywalker family. Good. In a universe this rich, and a galaxy so distant, there’s room for a lot more than the same old shtick (good shtick for the most part, though) we’ve had since 1977. But none of this matters if the films themselves are not good, right? Well, in The Last Jedi a lot of the Star Wars universe is questioned. The nature of the “force”, the importance or lack thereof of the Jedi, one’s ability to cut ties with the past, what it means to live up to a perceived legacy, how much and how many must be sacrificed for war… there’s even social commentary here about inequality and animal rights in a storyline shared by the characters of Finn and Rose that, despite being the weakest element of the storytelling in The Last Jedi, stills brings us excitement, as well as thoughtful questions. There are also plenty of questions left from the previous film that might be answered in unexpected ways, when at all. Luke Skywalker was warning us when he said “This is not going to go the way you think”. 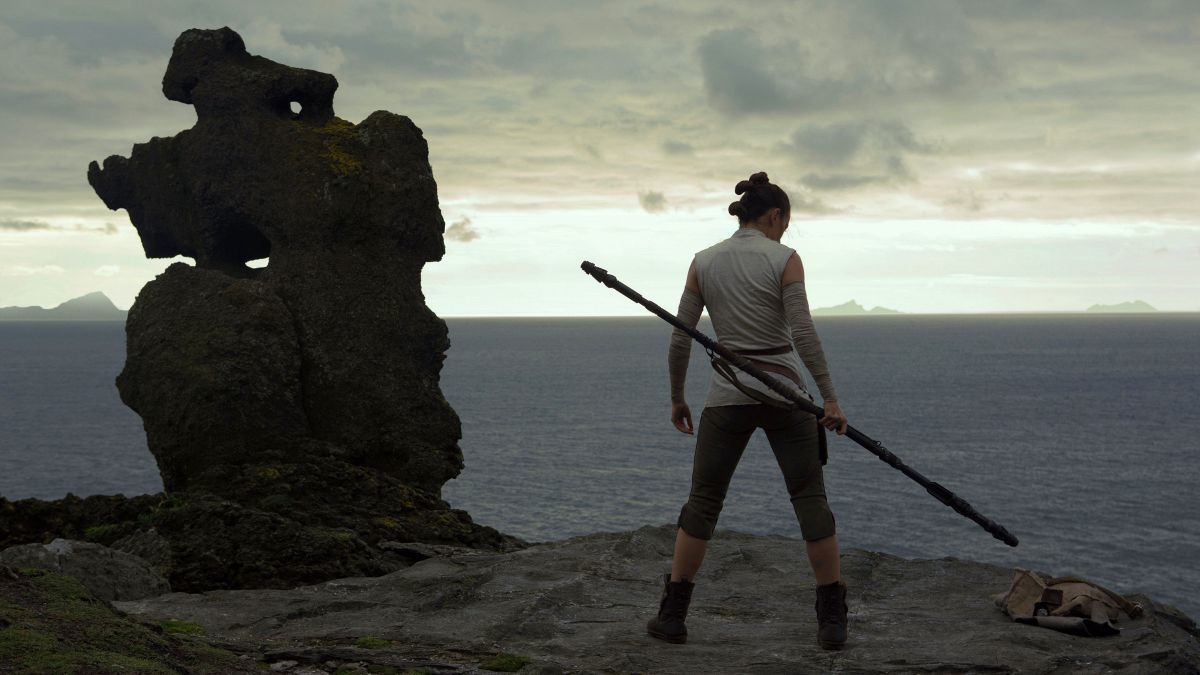 Technically, The Last Jedi is one of the most beautiful Star Wars films ever, if not the most beautiful, with a cinematography and color palette so rich and well composed that you could stop the film at almost any given moment, frame the shot and hang it on your wall. The acting is also one of the strongest in any film of the franchise: Mark Hamill can both make you laugh hard, and bring you to tears here. Adam Driver, Daisy Ridley and John Boyega all prove why they are going to take over Hollywood in the next few years. And then there’s Carrie Fisher, our lost princess… having more screen time here than in The Force Awakens, her star shines brighter than ever, with very good acting and interplay with other characters.

As for flaws, I’ve mentioned Finn and Rose’s storyline, which while entertaining, is also a bit unnecessary for the plot overall, leaving it feeling like this was the best thing the screenwriters could come up with to make use of these characters on the film. Rose is also an unnecessary character in the film, which is a shame, because Kelie Marie Tran’s performance is actually pretty good. The separated story arcs all end up converging into one by the end in a mind-blowing, adrenaline-fueled third act that will make you ask “holy shit, there’s even more of this?” in excitement, but the road to get there feels a bit disjointed and the film’s pace suffers as a result. There are also some plot and character decisions which, upon second thought, don’t seem to make that much sense.

But still, flawed as it might be, I truly believe that in time The Last Jedi will be recognized as this trilogy’s The Empire Strikes Back. Not because of their similarities (they actually have quite many differences), but because these were the movies that dared to pose the questions about the Star Wars universe that we’ve always wanted to ask, and others that hadn’t even crossed our minds. The Last Jedi stretches the Star Wars universe like never before, offering a thoughtful analysis of the past, a vital present, and a promising future.

May the force be with you all.