Back in 1992, at a time when television masses were manically trying to make sense of their favorite show’s cancelation and unsolved mysteries, American cinematic visionary David Lynch threw a much anticipated bomb into that year’s Cannes Film Festival. Twin Peaks: Fire Walk With Me was meant to be both a prequel and a sequel; but it’s supposed true purpose was to answer all the questions left unanswered from the original series. It ended up ka-booming with audience’s expectations and was booed at said festival. All things considered, The Cloverfield Paradox is to the Cloverfield universe was David Lynch’s film was to Twin Peaks… although Lynch’s 1992 was far better (than people give it credit for, anyway).

The Cloverfield Paradox, Cloverfield 3, God Particle or whatever you want to call it at this point has a lot of good intentions in a creative universe full of possibilities. Overall, the whole Cloverfield world is very intriguing: an eyebrow-raising ARG, very clever marketing, a haunting “what’s going on here?” vibe that you can’t quite shake off… it’s very clear that there’s a very creative team behind this project. The problem is that turning original unrelated scripts and then trying to adapt them to a totally different universe (hence paying far more attention to connecting dots than to actually making a great film) is not the sharpest of ideas, especially if you have a vision of what you want to create. Unless, of course, you do not. 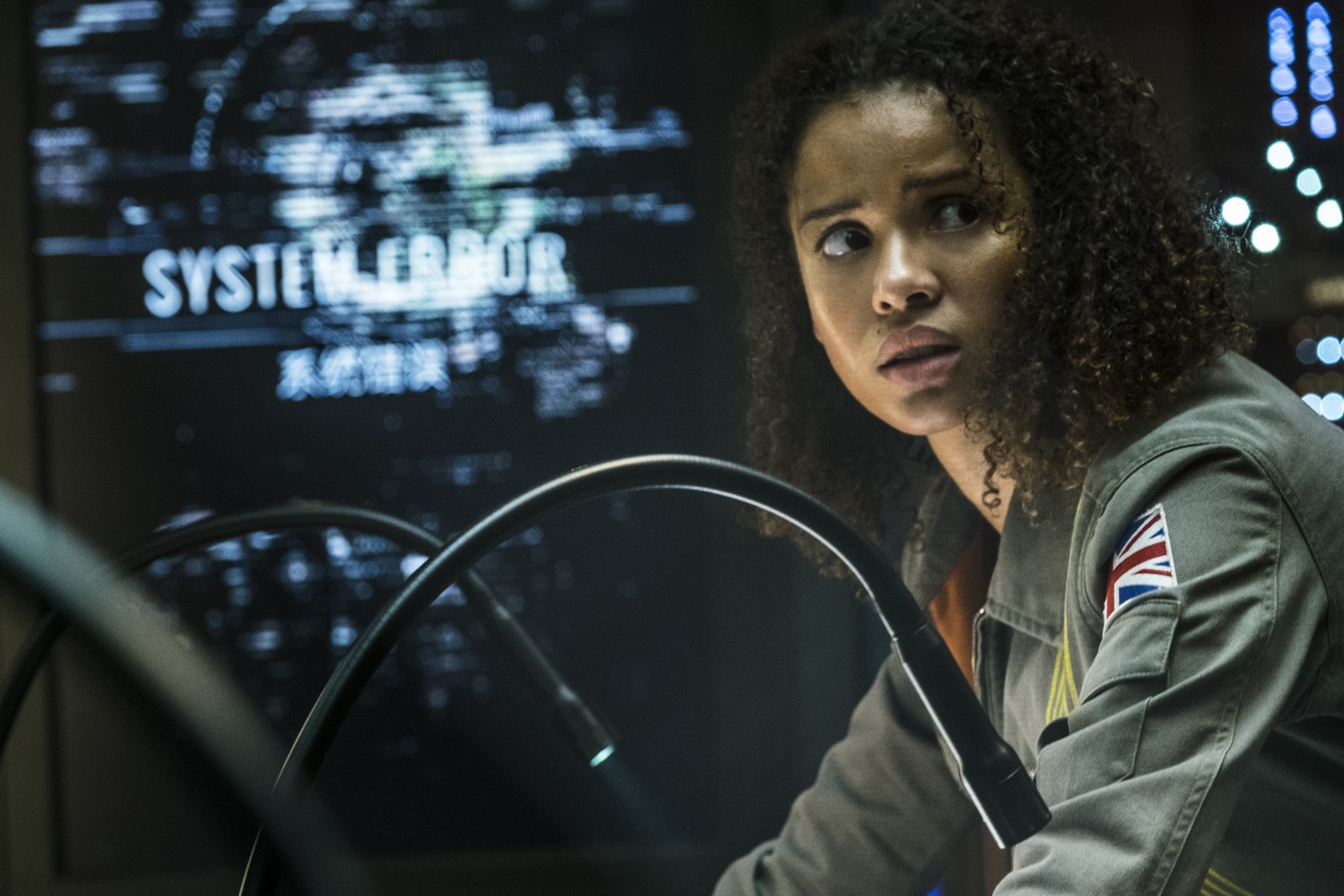 So apparently the origin of the Cloverfield universe is as follows: a team of astronauts tries to activate a particle accelerator in space to generate unlimited energy at a time of worldwide energy crisis which is turning the Earth upside down. After restlessly (but ineffectively) trying to get it to work, one fateful test rips the time-space membrane, sending the team to another dimension and (seemingly, though we NEVER see it happening) opening a portal on Earth for sea creatures like fan-beloved “Clover” to chime in and unleash chaos. Meanwhile, the crew tries to return to its original dimension, urging against time while the parallel realities slowly collapse on one another.

Now, before you assume I hate to think: I love dissecting films. Connecting the dots and understanding a film’s intentions and brain is extremely engaging and fun. But the “you just don’t get it!” excuse can’t be thrown out there to validate a film that lazily tries to come up with a scenario where everything is possible for future disparate sequels, and that’s what we have here. The film fails hard to explain the events of the 2008 Cloverfield film and chooses instead to pose more questions. 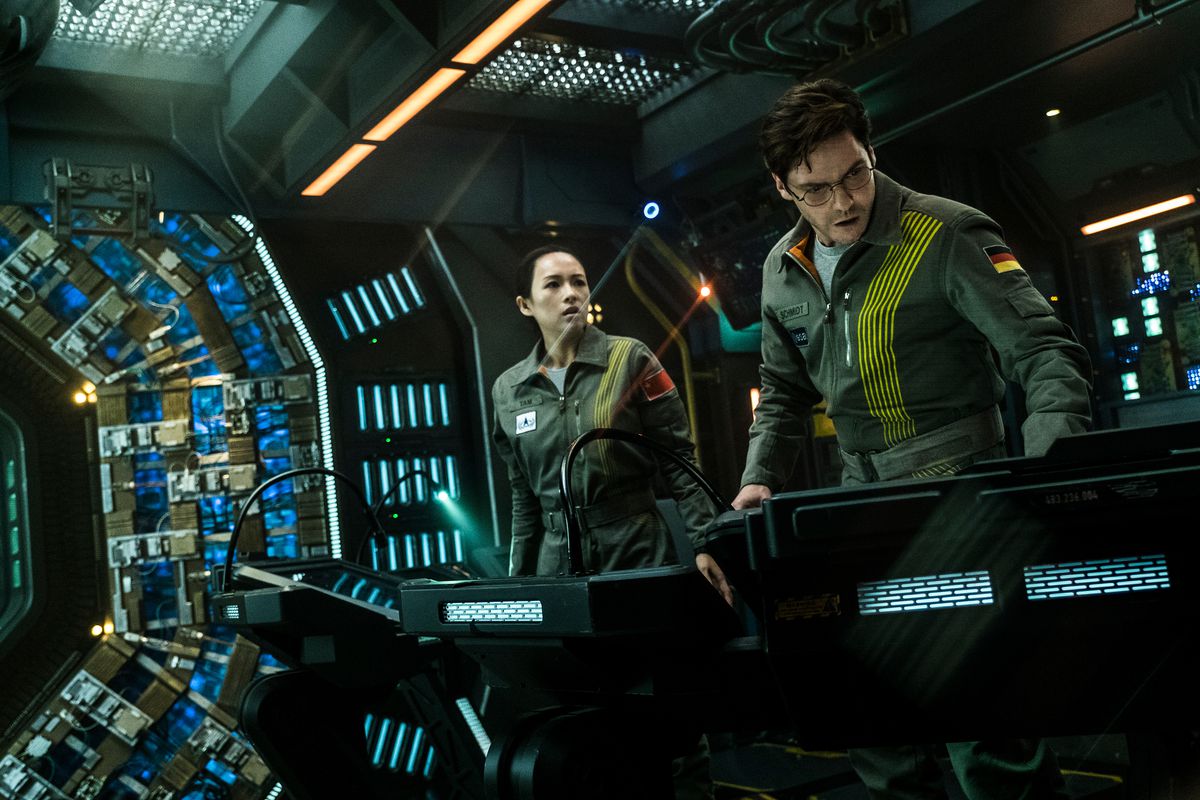 That’s not a crime in and of itself. Both the original film and 10 Cloverfield Lane left a lot of things unanswered, and they were both very enjoyable (I’d even say I feel like they were both some of the best films of their respective years), but they had a tight, focused script and chilling acting which boosted the franchise’s off-kilter ideas. An idea alone does not make a film, the execution does. And apart from Gugu Mbatha-Raw’s performance, some good visuals and an ambitious world-building which I admire and would like to see more of, the story itself treads the same ground that films like Life, Gravity and Alien have already treaded way better. Most performances are completely run-of-the-mill (shame for not giving Daniel Brühl a better script… and is he always going to be “that german guy” in every film?), the story is frankly bland and there is really only one character being built and worked during the film, while everyone else feels completely expendable.

The people behind this Cloverfield project need to understand that throwing in Tagruato and Slusho winks, characters with the same last name across films and left-field marketing are not things that make great films. J.J. Abrams needs to piss off with his “mystery box” and focus on delivering a tight, memorable film above all else. We already have enough half-baked franchises out there and we don’t need another one, especially one that has so much great potential. ”Passable” is not enough for Cloverfield.