The Florida Project by Sean Baker is an uncomfortable look at the dark side of America and also a celebration of childhood innocence.

The movie introduces us to a group of characters all living in a cheap motel near Disney World (called “The Magic Castle”) run by Bobby (brilliantly played by Willem Dafoe), the strict but good-hearted manager. Their lives are far from perfect, especially for rebellious single mom Halley (Bria Vinaite) , who struggles to make ends meet, illegally selling perfume to tourists with her six-year-old daughter Moonee (Brooklynn Prince) and resorting to prostitution. “The Magic Castle” is therefore a destination for those who can’t afford anything else and are one step away from homelessness. In order to survive and pay the bills, you do whatever you have to do. 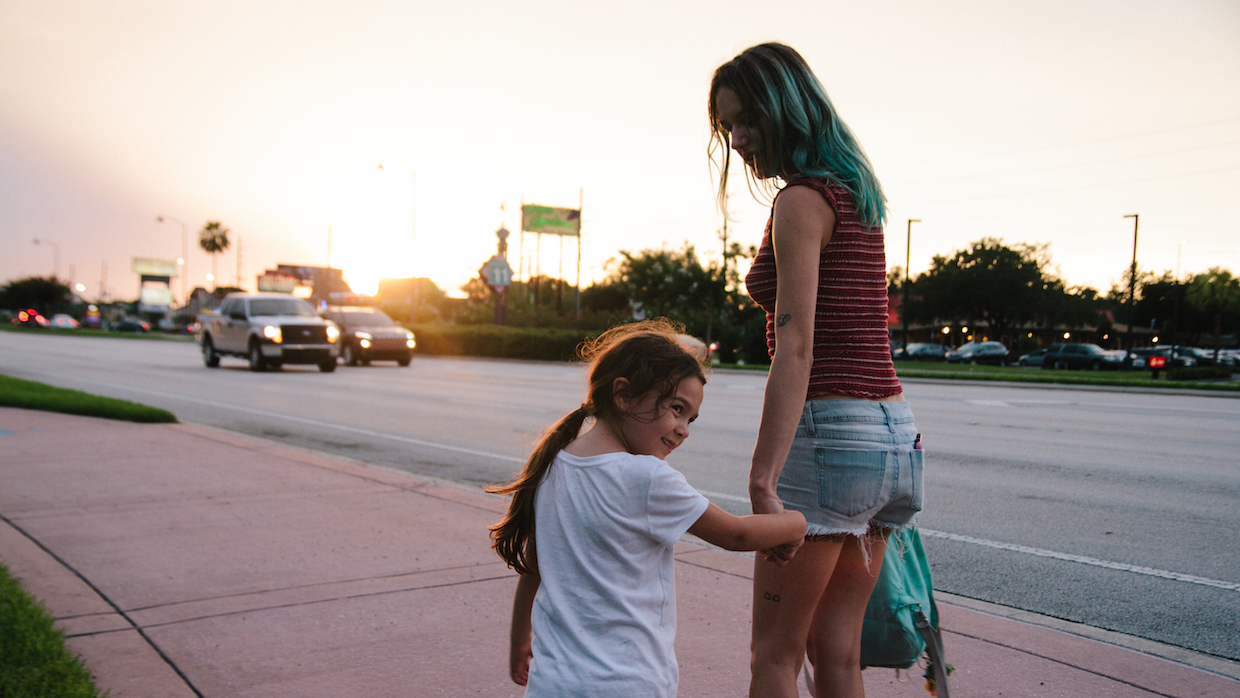 Throughout the movie, Halley’s character makes the viewer sympathize with her but still recognize her flaws as a mother and human being. She is rude and uses inappropriate language in front of Moonee, but on the other hand, she clearly loves her daughter and tries to be the best mother she can. It’s Bobby, though, who ends up being the real father figure, protecting both Halley and the children (Moonee and her friends). In fact, he has to, if we think about it: his tenants are mostly lost souls or young innocent children and he must take care of both -which he does. There is even a scene where he spots a paedophile talking to the kids and immediately interrupts what he’s doing to kick him out, playing the role of manager and guardian angel at the same time.

It’s also worth noting that despite their misery, Moonee and her friends are able to find happiness, always living new adventures and making each day as memorable and exciting as possible. Sure, their life isn’t glamorous, but this is all they know. In a way, The Florida Project examines the relationship between individuals and their surroundings, often feeling like a documentary. We can easily imagine Sean Baker hiding somewhere with his camera, capturing the everyday lives of these characters; then we sit there in an act of voyeurism, following what happens to them and knowing fully well we could be in that same situation…and that’s what makes it so fascinating. Not only is this Sean Baker’s masterpiece, it’s one of the best movies in recent memory.