It’s The Blair Witch Project meets The Wicker Man. There, I said it.

I just couldn’t bother saving that comparison for later. If both the dark paranoia of The Blair Witch Project and the menacing paganism of The Wicker Man allure you, The Ritual might just be right up your alley.

Fortunately, there is a little more to this Netflix production than just a blatant rip-off of ideas, with character development and interaction deserving praise. The plot does not retract its emotional weight until some kind of revelatory climax hits the viewer: from the get go, you see the trauma and conflict that our characters (and most especially Luke, our main one) carry, and why our four friends decide to go on a hike through northern Sweden. The internal and external conflict amongst our characters feel very authentic at times, so when the freaky deeds of the woods come about, the horror feels more genuine. 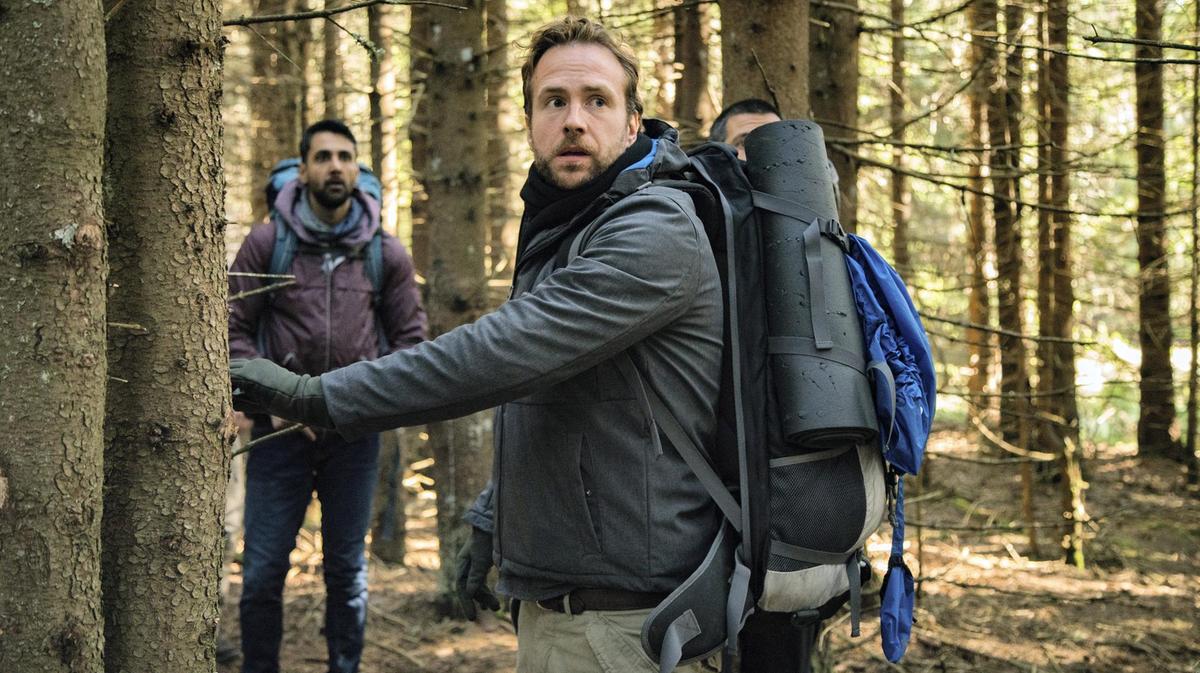 That’s not to say that The Ritual is a particularly frightening flick. For the most part, it’s actually quite cookie-cutter, with the sequence of events feeling all too familiar and predictable, which at times makes the film feel like a drag to watch (until the 3rd act arrives and shit finally hits the fan in terms of an explanation of what’s happening). What hurts the most about The Ritual is how little there is to say or remember about in the end. Apart from the character work and a very cool-looking and intriguing creature design (which I actually felt I wanted to know more about), very little else stands out.

So yes, it’s a mildly entertaining and decently crafted horror flick that could have been better, and the unfortunate thing is that there isn’t much else to say about it.

Now, on a side note: is it just me, or Netflix’s original productions have been just merely dancing along the lines of “fine”? It makes me wish the focus went from quantity to quality. And it really makes me understand Christopher Nolan’s aversion to the platform.