Muncie Girls are Lande, Dean and Luke, and together they make honest and socially conscious punk rock that we are not used to hear so much these days. From Caplan To Belsize is their debut album and is all about we mentioned earlier. We caught up with Lande Hekt that gave us more reasons to say they’re really a band to watch and catch live in 2016.

You guys are from Exeter, in the UK, and that’s the ultimately reason you guys formed Muncie Girls. What can you tell us about that and what’s the punk scene like over there?
The scene in Exeter is really great. After touring a whole bunch, there really aren’t that many places the same as here. The venue, The Cavern, has been open for 25 years and run by the same people, which means there’s a lot of history behind the bands that come out of this scene. We’ve been going to the Cavern since we were 16 and seeing so many bands come through here was really cool. Also, all the bands from Exeter would go and play shows in other cities and I remember wanting to do that so badly. So, we just kept playing and pestering people until we booked a tour. We were and still are so into punk rock that playing in a band was just all we wanted to do.

Within releasing EPs and singles, there’s this one awesome cover that you did of Ramones’ “Pet Sematary” as part of a Split 7” with Sandlotkids. Why did you choose that particular song?
We did a whole set of Ramones covers for a party in Exeter two Christmases ago. “Pet Sematary” came out the best so we decided to get it down while we were recording the album.

Let’s talk about your first full-length, From Caplan To Belsize. You guys recorded the album in the beginning of 2015 and it’s been a long wait process for it to be released. How does it feel now that it’s finally going to be put out?
We can’t wait for the record to finally come out. It’s been a long old wait, but luckily we’ve had loads on and the run up has been really exciting. Also, as soon as it’s out we’ve got loads of shows so that’s gonna be really fun.

As a trio, you guys have an amazing dynamic and you can always take the best from each other on every song, which your debut album is a proof of that. How did you approach the songwriting for the album?
Thanks! I always write the songs on an acoustic guitar before taking them to the band and that’s how we did the album. Then me, Dean and Luke rework them into Muncie Girls songs. The only thing we did differently for this record was that we spent way longer on each song and we had longer in the studio than we’d ever had before.

The album’s title is a reference to Sylvia Plath’s The Bell Jar and as you said, it also best summed up the lyrical theme of the album. What can you tell us about that?
Well, I was reading The Bell Jar when I wrote most of the songs and I re-read it when we were trying to come up with a name for the record. There’s a point in the book where Ester Greenwood is told she’s gonna move from the Caplan ward to the Belsize ward of this mental asylum that she’s in. She’s like not really sure if she’s ready, but she knows that it’s what she should want. That’s kind of sometimes how I feel about different stages in life I suppose.

What other things have inspired you while writing your debut album?
We were touring a lot and also working a lot when we were home so getting used to that was something that we were all facing when we were writing. Also moving houses and feeling a bit unsettled. Also the European and the general elections were looming, as well as problems such as rape culture and anti-immigration policies. Basically, loads of bad stuff, but we did try to put some positives into the album! 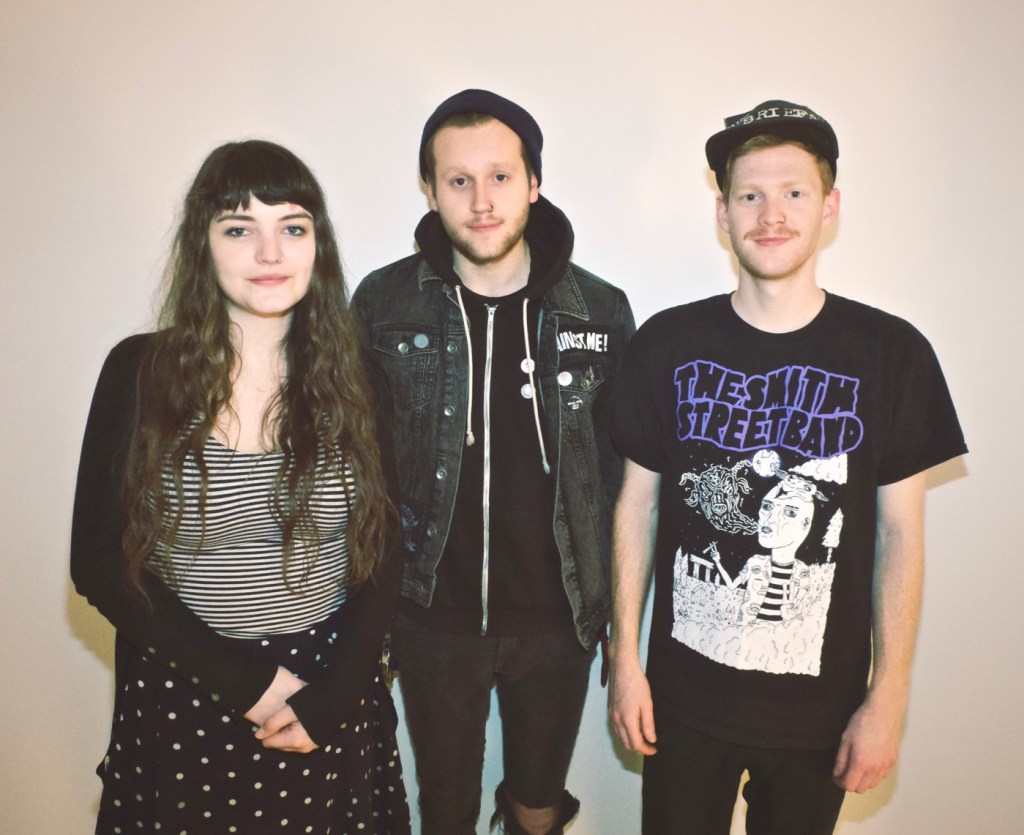 “Channeling frustration into music is a way to deal with dissatisfaction…”

There’s this girl power 90s vibe on your songs and you surely express your concerns on social issues, like equality rights and even a political perspective. It’s seems that lately – or even the last years – that things tend to get worse. How much of the nowadays influence your writing and what are your thoughts about the current state of our society?
Social and political issues definitely have an influence on us and sometimes it’s easy to get really down about it all. Luckily, channeling frustration into music is a way to deal with dissatisfaction. Our government is outrageous at the moment and there’s a lot of scaremongering in the media so it’s hard to know who to be angry at. We’re so lucky to be a part of a community that understands what’s really going on and doesn’t join in spreading hate. Music is so incredibly important in that way.

What’s the story behind the track “Balloon” and its video?
The video for “Balloon” isn’t really a proper video. It’s just supposed to be really simple with that bit where I let go of the balloon being the only thing that happens. The song is sort of about finding what you want to do and doing it.

You worked with Lewis Johns, who recorded, produced and mixed the album, and he’s known for working with acts like Funeral for a Friend, Gnarwolves, SHARKS, and Goodtime Boys. What was it like to work with him and what were the best moments of it?
The whole experience of recording with Lewis was really amazing. We had such a good time and got on with him so well. I remember it being freezing cold and the toilet and shower being unbelievably far to walk to from where we were sleeping, which was less than ideal in the middle of the night. But now I miss it so much and I’ll remember it as one of the best times. For two weeks we got a lot of early nights and watched a bunch of crappy films, kind of like a family holiday.

You have done some awesome tours and in 2016 will have plenty of Muncie Girls’ live shows. What can you tell us about tour plans over this new year?
This year we’re booking so many shows you wouldn’t even believe. Keep an eye out for dates because I can’t remember them right now. We’re really looking forward to a tour with Tellison at the end of March.

Lastly, what bands have you been listening to lately?
Well, here’s some bands that we’re into at the moment… No Fun, The Front Bottoms, Joanna Gruesome, Royal Headache, All Dogs, Wolf Alice, Happy Accodents, Woahnows, Hop Along, The Decemberists and Laura Stevenson.