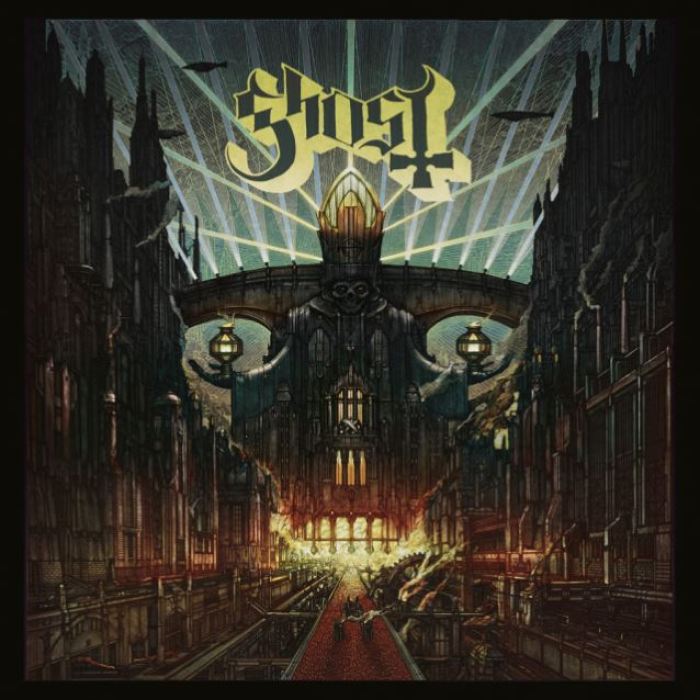 There’s a damn good reason for Ghost’s hype. Their songwriting skills are
undeniably great. That’s what made almost everyone go berserk over their debut Opus Eponymous. Unfortunately, that level of songwriting suffered with the follow-up Infestissumam. With Meliora – which could easily go either way – they not only return to the right path, but more importantly show a clear step-up of their game. Throughout the ten tracks that compose the new album, there’s not even one track that could be called a filler, or even an inferior link of the chain – even something as cheesy as “He Is” finds a way to be as fulfilling as the other tracks. This is Ghost going at it with everything that they have. Infectious melodies, a never ending parade of great riffs, an awesome production, and super addictive songs. They’re back and better than ever.

FOR FANS OF: Mercyful Fate, King Diamond, In Solitude