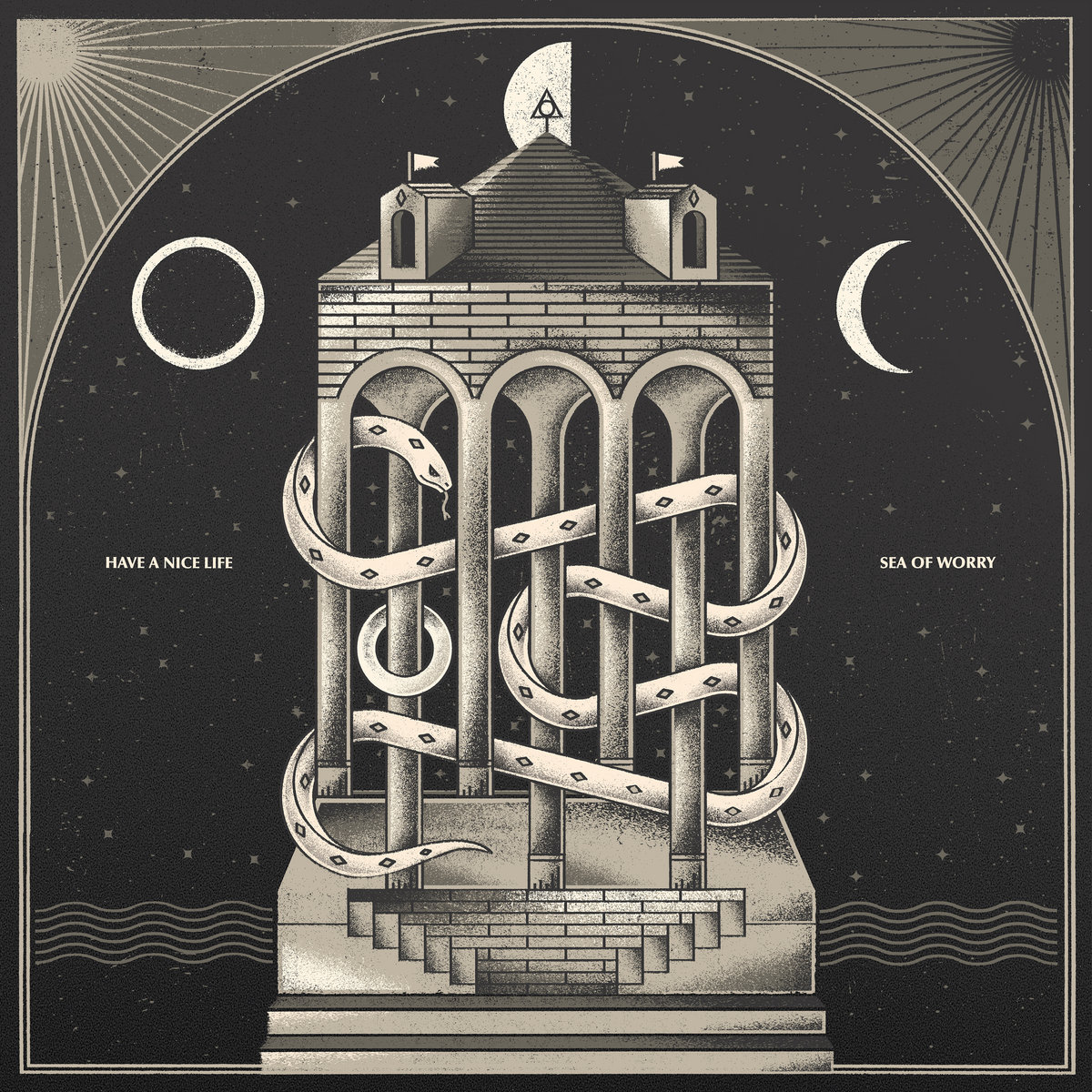 Have A Nice Life - Sea Of Worry (The Flenser)

Press “Play” and right away you will find that something has changed in Have a Nice Life. Darkness remains a part of the outfit’s identity, but their dirges of doom and gloom seem to have become slicker and more straightforward, now featuring steady drum beats frequently, as well as cleaner and more perceptible mixing that allows the instrumentation and vocals to shine through more clearly than in previous releases – compositional and aesthetic choices that widen the band’s (rather than “duo’s” this time) sonic spectrum and allow it to remain fresh. And for that, kudos to Have a Nice Life: it would have been all too easy to attempt to recreate Deathcounsciousness because of how successful it ended up being.

That being said, it’s not like Sea of Worry hasn’t got surprises up its sleeve: after the Post-Punk assault of the title-track (where, lyrically, a pattern of nihilistic self-loathing is eventually recognized and dealt with) and “Dracula Bells”, “Science Beat” cools things down considerably and beautifully with plenty of harmonized vocals, before the thrashing and irresistible energy of “Trespassers W” hits the listener like a freight train. The interlude “Everything We Forget” is a passable but ultimately forgettable moment in the track list, something which, fortunately, cannot be said about the heavily-distorted and yet dreamy “Lords of Tresserhorn”, or the astounding closer in “Destinos” (the album’s most absolute highlight due to its command over sound layering, mood, structure and dynamics”).

In the end, Sea of Worry is different, but no lesser than Have a Nice Life’s previous two albums, and over time it might in fact reveal itself to be one’s perfect introduction to the band’s catalogue. It is concise, and yet emotionally powerful throughout most of its runtime. Records like this make 5 years of waiting feel very much warranted.