In 2014 UK-based quartet Moose Blood released their debut album, I’ll Keep You In Mind, From Time To Time, which led them to a massive praise worldwide and touring across the globe. With that experience and willingness to keep growing they wrote the sophomore album, Blush. We caught up with guitarist Mark Osborne to know what touring brought to the band and much more.

Your debut album I’ll Keep You In Mind, From Time To Time had such a great feedback and 2015 was a huge year for you guys. How have things been for you guys since all that wave of excitement?
It’s been great! We had such a good year, such a great response to the record coming out. We couldn’t really believe about the reception that we had and the lovely things that people said about it, it really took us back. We had a really great year of touring and doing things like the Warped Tour and stuff like that. It was a really good year and we couldn’t believe how lucky we were.

You guys toured a lot since you released your first album and you went to a lot of places across the world. What did touring bring to the band as a whole?
With touring we got to do incredible stuff and we never though we would do anything like that and any intentions of taking the band to travel around the world almost just playing our songs. It’s a really humbling experience that people actually care and demand for us play there. It’s quite mind blowing, especially because we had no intentions. We just wanted to put out Moving Home 7”, just do that and play some shows to back that up and that was as far as we’ve ever thought.

How has the band evolved during the time between your first album and the new one?
We have naturally progressed with just the touring and playing as much together. I think that kind of makes you better together and as a band you get a bit stronger. The more we did it, the better we got at it. I think it has helped us in our band and to feel more comfortable with each other, so it has helped massively and we definitely took that into the new record and what we wrote for the new songs. The more you get together, the more you know about each other, like the weaknesses and strengths and push yourself, and that’s exactly what we did with this record. We wanted to make a record that was better than the first, so hopefully we have done that. [laughs]

Between tours and all other stuff, when did you find the right mindset to start working on your sophomore album?
We never really did, it was already in the back of our minds like “We need to start writing.” Just because we toured so much for the first record, we hadn’t really had time to write and when we weren’t touring, we were rehearsing for the shows of the next tour and stuff like that. We found a bit of time. Me and Eddy spend a little of time on tour just trying to work through some ideas. We couldn’t really do too much to get too much out of it, it was really tough to write like that because we were pretty much out of our comfort zone. We had about two/three month period to go out to record the album where we tried to write as much as possible and then demo those tracks and then send them to our producer Beau Burchell. We recorded it properly with him, but it was about in two months and so we had to do a lot work when we got out to record the album properly. There were a lot of ideas that we wanted to get down and put the pieces together in the studio and still working on lyrics and stuff like that. We didn’t really have a set amount of time and it was just like “This is when we’re going to record our second record and this is the only amount of time we go to do it.” It was a bit tough, we put pressure on ourselves, but we’re really proud of what we’ve come up with and just been working to get the record done.

Cliché question, why did you name this album as Blush?
We just wanted to choose one word that described sonically the album. Glenn came up with a bunch of ideas and a bunch of words… He said Blush and we really liked it. We thought it was kind of nice and it fit for the album’s artwork as well. The cover is a photo that he took and he manipulated it in pink and blue and he has done the whole artwork for this record as well. The look of the record and the name came up from Glenn.

I noticed on the tracklist that each song only has one word as title and they are pretty cool. Did you pick up those names by chance or was it intentional?
Some were by chance, some were intentional. We really wanted to stick with the one word thing, but then some of them we thought of trying to fit a word to the song and stuff like that. It didn’t really have to reflect on the song in any way. Just nice sounding one word titles and so there’s no meaning to any of them. 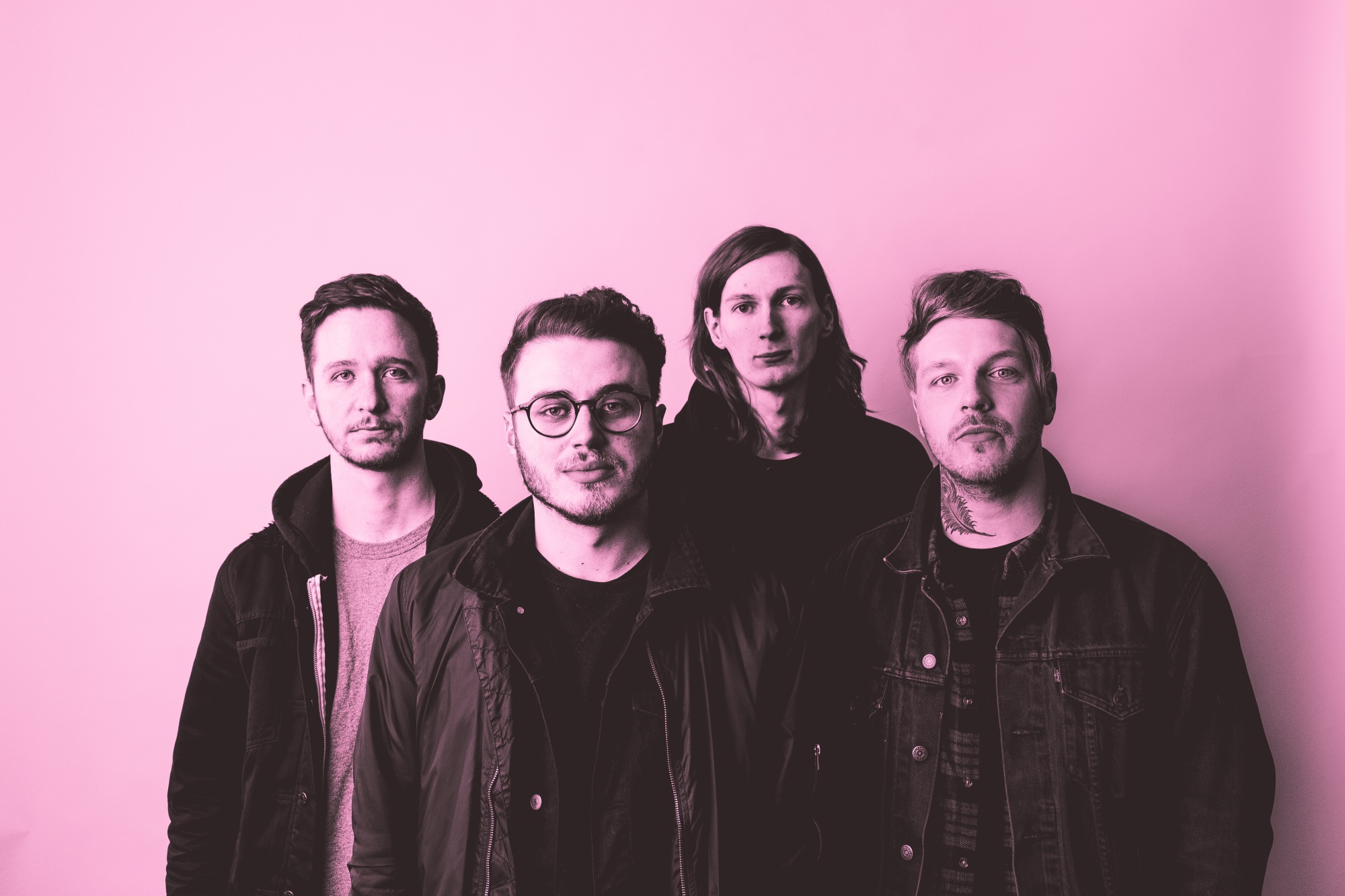 “The more you get together, the more you know about each other, like the weaknesses and strengths and push yourself, and that’s exactly what we did with this record.”

What inspired you the most when it came to write your new songs?
Definitely touring and being away from home and stuff like that, and how it affected our relationships and our family lives. People in our lives and things that actually happened, that’s what influenced the songs, so touring from our experiences and things that happened over the last couple of years.

You have recently released a new video for the track “Knuckles”. What can you tell me about that video and its storyline?
The video is about a father and son relationship, they’re werewolves and they’re travelling across the country to go to a talent show and it just really follows their journey to the talent show and the kid winning the talent show. People started judging them and looking at them a bit weird because they’re different and they’re werewolves and that’s about it. [laughs] It doesn’t fit in the song. [laughs] It’s just completely different content from the video to what the song is actually about.

You worked once again with Beau Burchell, the producer of your debut album. Why the decision to go back to work with him?
It has to be with the experience of working with him on the first record and the help he gave about the direction and just being personally with him. He became the fifth member of the band and with this second album we just wanted to work with him. Luckily enough, we got the chance to have him on board again. He’s really brilliant. I doubt we want to work with anybody else but him. [laughs]

You guys flew back to Los Angeles to record this album as well.
Yeah, it was there where we recorded the first record. We all love L.A. Getting to go over there twice and make two records was really great, we love it over there.

You guys are based in Canterbury, UK, so how is it like the music scene over there?
There’s not much to go zombie, because it has such a small music scene and it falls between like venues that people can play. There’s a couple of a bars and then there’s a theatre that occasionally does shows, but other than that, there’s the festival thing that happens once in a year where bands play up around the university season in the pubs. Other than that, there’s not a lot to go so you really have to find local bands to sort them out. It isn’t really a very active music scene around where we are unfortunately.

You have a busy agenda of tour dates during this summer until the fall. Any venue or city that you are really excited to go to?
That’s a good question. [laughs] I love going anywhere or any place that maybe we haven’t been to before. We really wanted to play at Roundhouse in London, but then we got to do that on a support slot with Lower Than Atlantis at the end of the last year and that was incredible. We were fortune enough to play in Brixton as a support slot there and it was a great opportunity and experience.

What do you guys like to do the most on your days off while on the road?
We really like to catch up with our fans, family and girlfriends since we’ve been away for quite a while. We’re quite active and we like to do things like going to the gym or play football or go to the parks and see our mates… Go shopping with our girlfriends and stuff like that. [laughs] Oh, and playing a lot of FIFA and catch up on TV. [laughs]

What has been non-stop on your playlist?
Right now it would be the new Pup record and the new Modern Baseball record. I’ve been listening to those records non-stop. I think when the Blink-182 record comes out, it will be that as well. I’m really looking forward for that record as well.

Words: Andreia Alves – Blush is out now on Hopeless Records.