Hellions have announced their brand-new album Rue today, set for release on October 19 via UNFD. Rue follows on from their critically-acclaimed theatrical masterpiece Opera Oblivia.

The latest single lifted from Hellions’ new album is “Smile”. To explain the concept of “Smile” further, Anthony Caruso (drummer/co-writer) and Matt Gravolin (guitar/vocals/cowriter) say: “The world as we know it wants to be entertained interminably, and now our entertainment often comes at the expense of our compassion. We’ve all found ourselves speaking in blue, snide language about trivial matters that aren’t of any real consequence to us, asserting invalid opinions for the sake of having our voices heard. Cheap stimulation is addictive and judgemental thinking can take over involuntarily when so much of our mental space is surrendered to it. We seem to be stuck here despite knowing that this thinking and behaviour isn’t conducive to any lasting happiness.”

Listen to Hellions’ new single below.

Rue builds upon the marriage of theatrical dynamics and thoughtful lyricism that defined the genre-melding Australian quartet’s critically acclaimed previous offering, 2016’s third collection Opera Oblivia. To bring the remarkable sonic scope to life, Hellions returned to the serenity of Karma Sound Studios in Thailand and their producer Shane Edwards – a man Hellions have worked with for a decade and describe as “our fifth member”.

Rue artwork and track listing below: 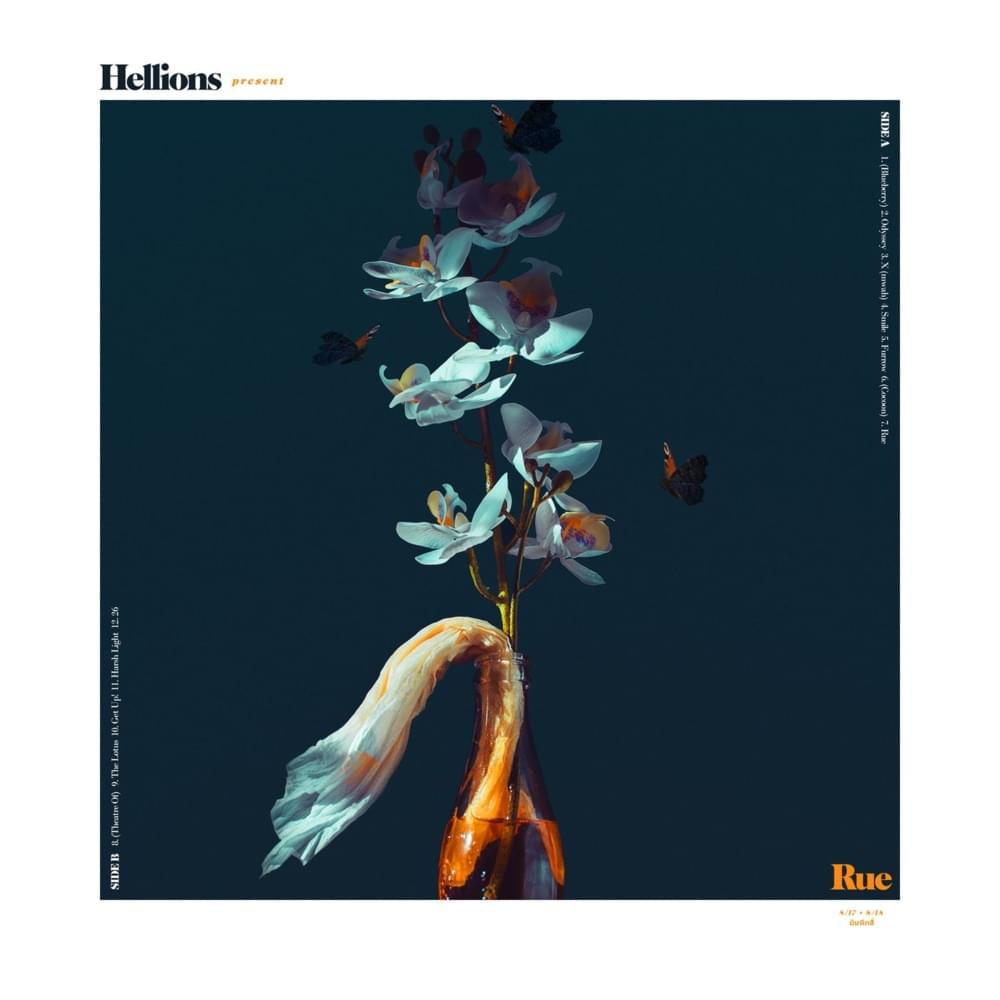