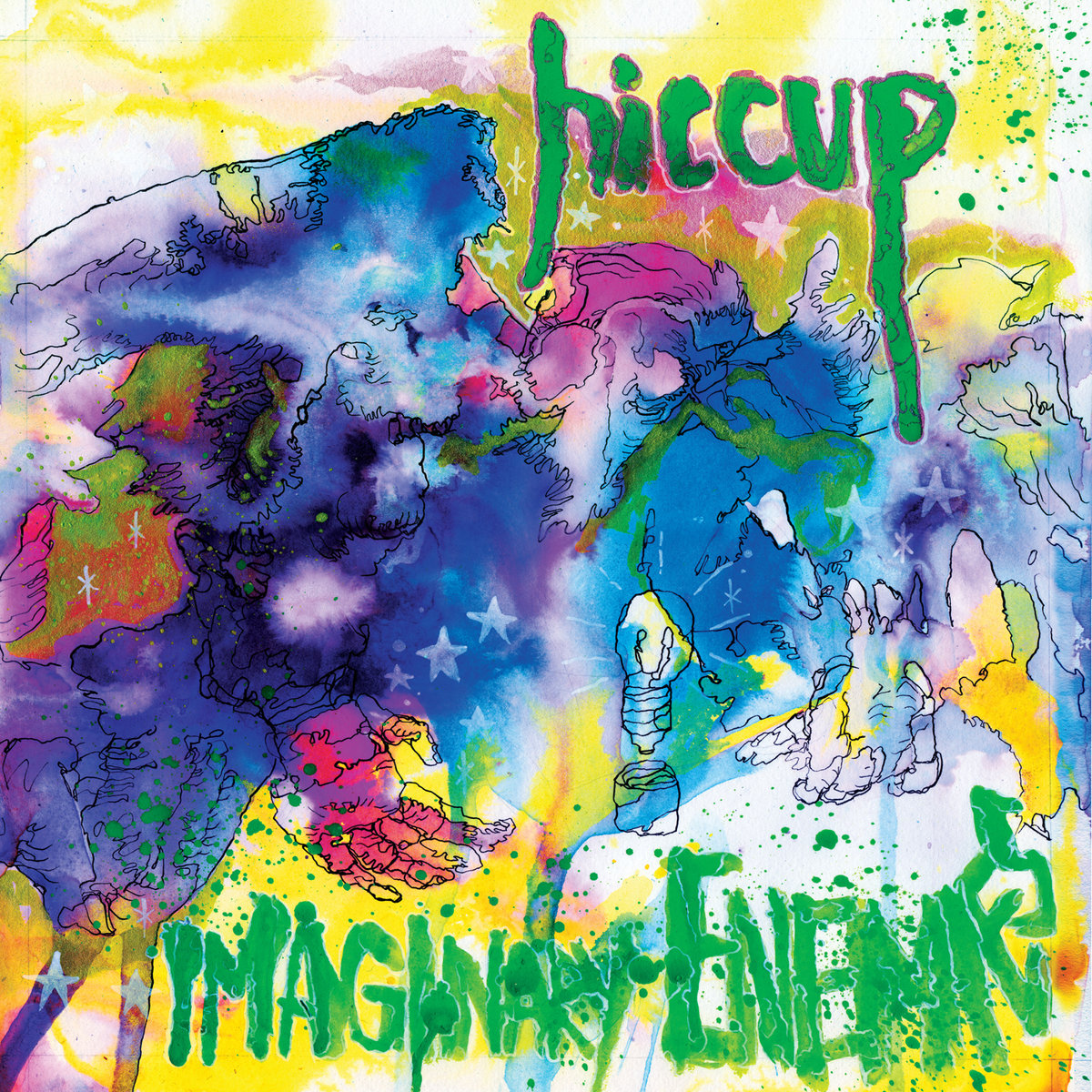 Bassist Hallie Bulleit and guitarist Alex Clute expand on their kooky televised inserts with new drummer Piyal Basu to create 12 original micro-pop-punk tunes all under the three minute mark. Invisible Enemies obviously recognises the beauty in simplicity, the lack of pretension in punk and the memorability of pop. Their shortest track “I Don’t Care” largely epitomises this and the rest of the album too – it’s quick, cute and effortlessly cool.

It’s fun to think Hiccup have taken that vibe of performing in some Brooklyn basement at four in the morning and put it on a record. Invisible Enemies is best served loud with a side of teenage nostalgia. For fans of ultra-pretty and limited edition vinyl the trio are set to release a Mustard Yellow and Aqua Blue A-side/B-side 12 inch, as well as a dashing “Piss Yellow” variant on March 20th.