“Marauder is a facet of myself. That’s the guy that fucks up friendships and does crazy shit. He taught me a lot, but it’s representative of a persona that’s best left in song. In a way, this album is like giving him a name and putting him to bed” –Paul Banks

Listen below to Marauder’s first single, “The Rover“.

For the first time since 2007’s Our Love to Admire, Interpol have opened themselves up to the input of a producer. For two-week spells between December of 2017 to April of 2018, they travelled to upstate New York to work with Dave Fridmann – famed for recording with Mercury Rev, Flaming Lips, MGMT, Spoon, Mogwai, and countless more.

The New Yorkers arrived at his remote and frequently snowbound Tarbox Studios with most of Marauder tightly rehearsed and worked out. Fridmann made sure that their meticulous work in crafting a virile and visceral set of songs didn’t get flattened during recording. It was his suggestion to skip the Pro Tools, and record directly two-inch tape. It’s a decision that allows a leaner and more muscular Interpol to flex throughout the album.

Helping to achieve that is the band’s fast-learning bassist. “On El Pintor, we were riding on the novelty aspect of Paul playing bass, and enjoying what a good job he was doing,” says Sam, referring to the 2014 album the band recorded without original bassist Carlos Dengler. “But this time, it was a case of ‘you’re the bass player.’ I think now he felt comfortable to explore. He’s not just jumping into save the day, he’s applying himself and his voice as a bassist.”

“This record is where I feel touching on real things that have happened to me are exciting and evocative to write about,” Paul Banks explains. “I think in the past, I always felt autobiography was too small a thing for me to reference. I feel like now, I’m able to romanticize parts of my own life.”

It’s an attitude that’s also reflected in the album’s cover; a shot of Attorney General Elliot Richardson, who in 1973, dramatically resigned after refusing President Nixon’s orders to fire special prosecutor Archibald Cox, who was then leading an investigation into the growing Watergate scandal. Richardson cuts a lonely, isolated figure, naked to scrutiny in a spare and artificial looking room. “A lot of being accountable has to do with being honest,” says Paul, referring to both his lyrics, and the cover. A sense of reckoning is inextricably part of the album as a whole. 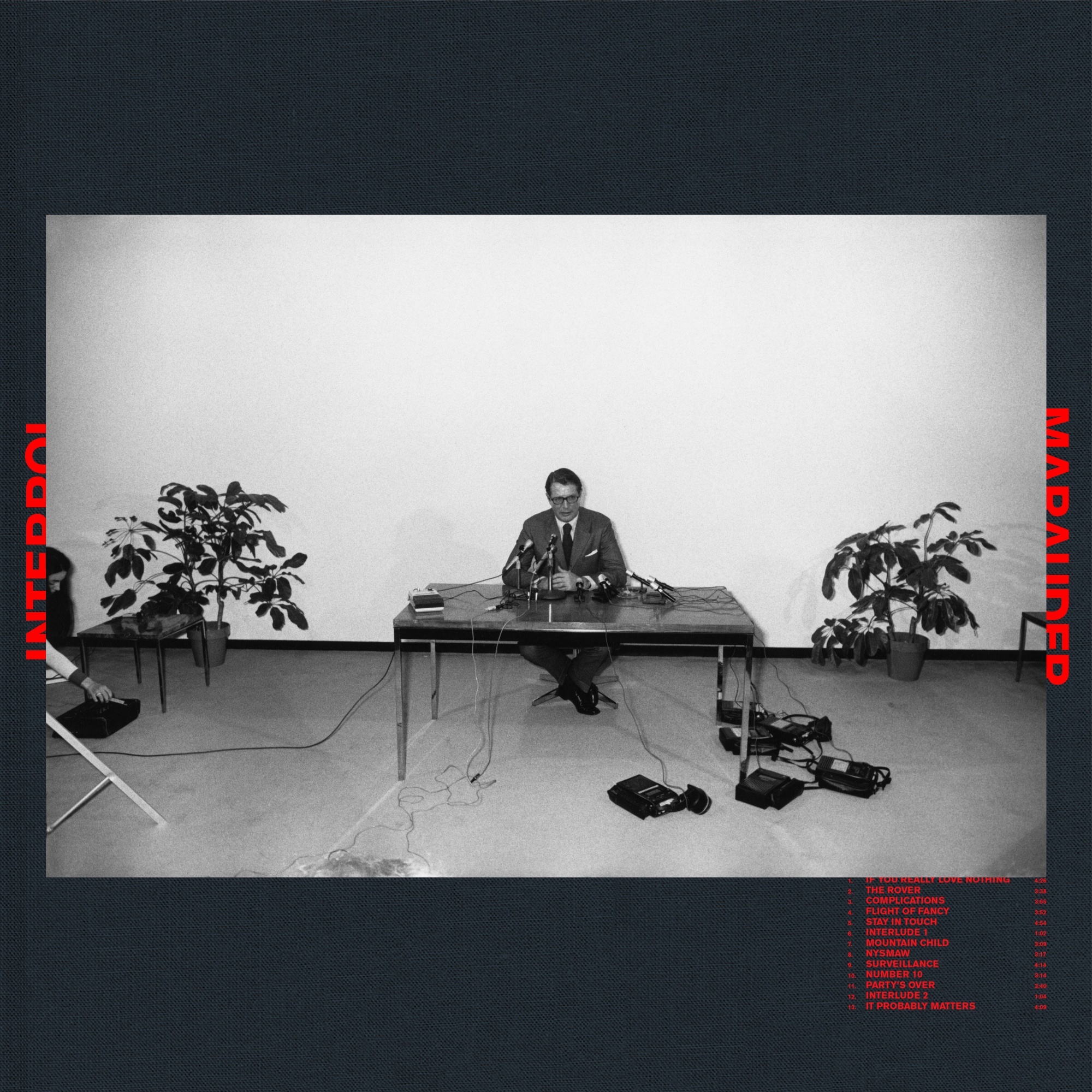 Interpol have also confirmed an initial run of worldwide tour dates, in addition to previously announced appearances at London’s BST Hyde Park with The Cure, Glasgow’s TRNSMT Festival, NYC’s House of Vans and Chicago’s Riot Fest. Fans that pre-order Marauder directly from the Interpol store will get first access to ticket pre-sales for the new shows, which include Royal Albert Hall, Madison Square Garden and Hollywood Bowl. The full list of tour dates can be found below.