It’s all about the characters.

“Lex Luthor: And now you will fly to him, and you will battle him to the death. Black and blue. Fight night. The greatest gladiator match in the history of the world: God versus man; day versus night; Son of Krypton versus Bat of Gotham”

It was with a mixture of fear and excitement that I walked into the cinema to see what is basically a match made in heaven. A lot has already been written about the movie. Fans have a positive opinion on it, critics hate it. Although this movie is good, it is not without its flaws, and these flaws are mainly because Zack Snyder, despite super-hero movies being the blockbusters of nowadays, did not realized that movie-goers in general do not know the source material from comics. This basic error led people to not understand some of the nuances of the movie, but that is for later.

The movie is defined by four performances, Henry Cavill is the modern definition of Superman, his physique is on spot, his calm but quick to anger demeanour follows the modern comic incarnation of Superman to almost perfection. His portrayal of Clark Kent is also very good, no longer the mild mannered clumsy Clark from Smallville, Cavill brings to life the more confident and defiant Clark that now resides in the comics. Gal Gadot spends most of the movie hiding her potential, they first showcase her exotic image and hide what I believe is her best asset, an insanely strong physical presence that literally takes over the screen during the final battle. Amy Adams as Lois Lane is underwhelming, her presence is not really as strong as a Lois Lane must have and the damsel in distress shtick no longer works with modern audiences. 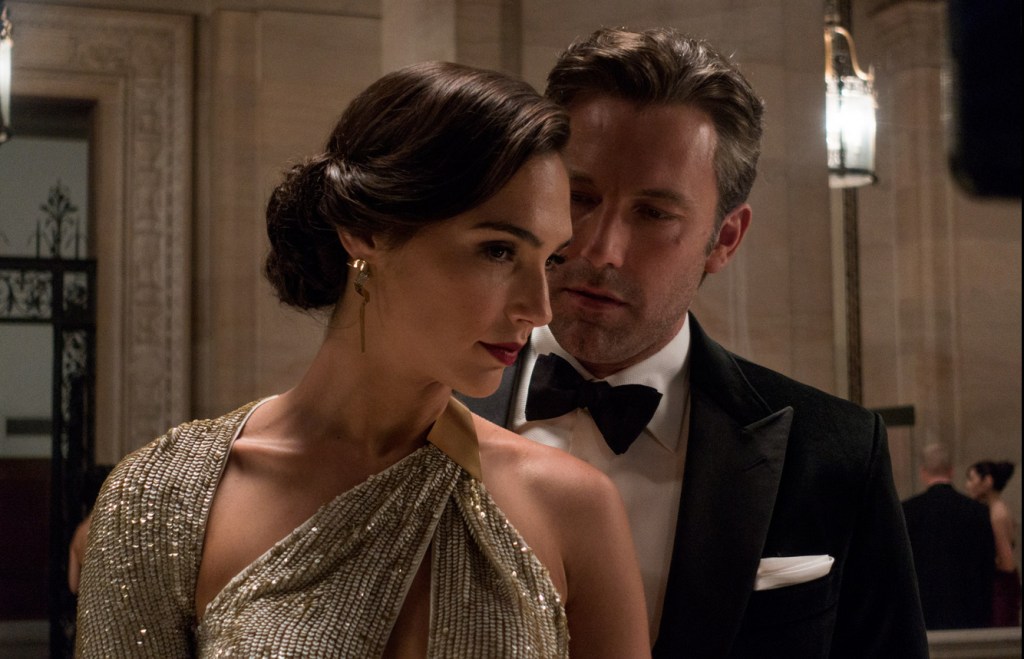 Ben Affleck is a better Bruce Wayne than he is Batman. As the millionaire he plays the confident playboy that defies Luthor with his mere presence as easily as he feigns a confused rich brat to hide his true intents. His angers towards his inability to help his employees at the beginning of the movie is believable, and his hatred of a Superman he does not understand is palpable, making the transformation that he undergoes during the movie more interesting. Jesse Eisenberg plays a perfect Lex Luthor (and I know most won’t agree). He is a maniacal genius, impulsive, manipulative, defiant and downright insane. However, Luthor is misunderstood, and it’s Snyder’s fault that Luthor is such a polarizing figure among audiences and critics. In the comics Luthor is all things stated above, but he above all believes in humanity’s potential for greatness, and that is the reason that he hates Superman. To him Superman his holding back humanity by helping them out of troubles that they themselves should solve. He is an alien xenophobic because he believes that earth should evolve free from the influences of the things he most hates, a godlike figure that would look at us like fragile children. Even though he hates Bruce Wayne, he respects the figure, he respects Batman because he his human, with all his faults and weaknesses Luthor respects Batman, and that is why he believes that Batman is capable of killing Superman, and if by now you’re wondering about Doomsday, well, Luthor is a mad genius, and geniuses tend to have backup plans.

This is Snyder’s greatest fault, Luthor is not doing it just for giggles, he truly believes that this is the right course. First he demonizes Superman by destroying him in the public eye and then lets a human kill him to turn us into gods. 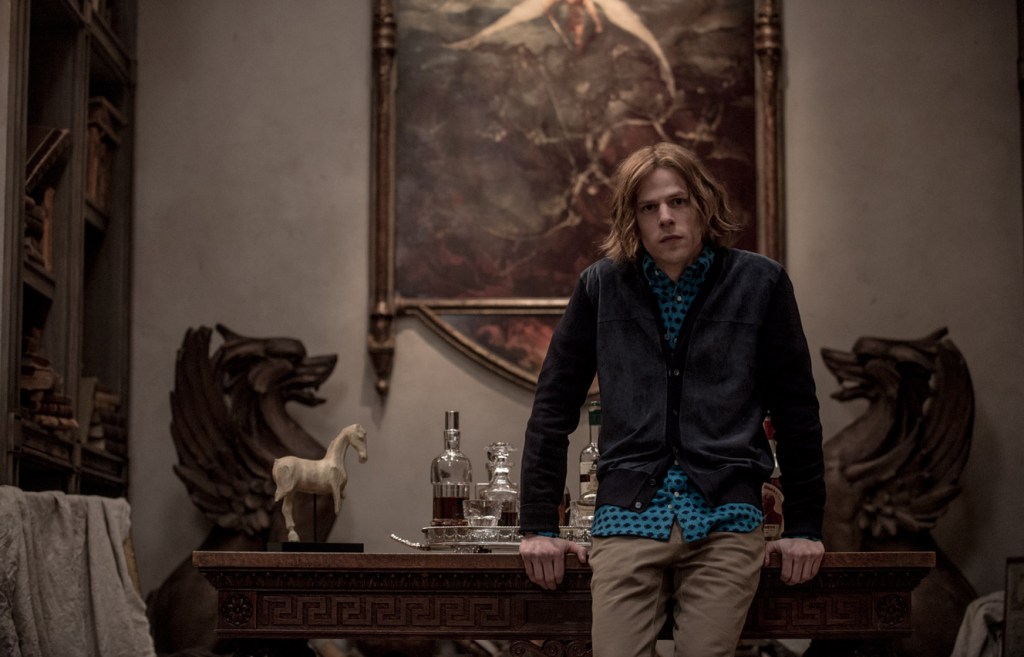 Every decision is quite believable, Batman sees Superman as a god who could destroy earth because he saw him destroy Metropolis during a fist fight with another god, while he, one of the most influential and strongest humans in existence could do nothing but stand and watch, Luthor wants Superman dead because of the reasons already stated and the rest are the usual overtly complicated plot devices that every super-hero movie has, and if you, as a viewer, can’t just sometimes accept completely insane plot devices that need a certain degree of “ok, we accept this happened”, then maybe, just maybe super-hero movies are not for you, and that is completely ok.

The most important event in the movie is the battle between Batman and Superman, one man blinded by hatred, another desperate to save his mother. It is understandable that they do not engage in dialogue to solve their differences. Batman sees Superman as an outsider, someone who is not human, when Superman screams the name of his mother and Bruce Wayne recognizes that Superman has a mother, family, had a childhood, a life somewhere where he went to school and lived as a human, that is when Bruce Wayne realizes that he too is human, that he suffers, that he despairs like all of us, like he himself. It is not difficult to accept that at that moment Bruce Wayne realized that not only was he wrong, he was also being manipulated. After that is the amazing battle between the holy trinity and an acceptable movie adaptation of Doomsday. The movie ends with Superman dead in a Pietá position, his holy body being carried by his friends. 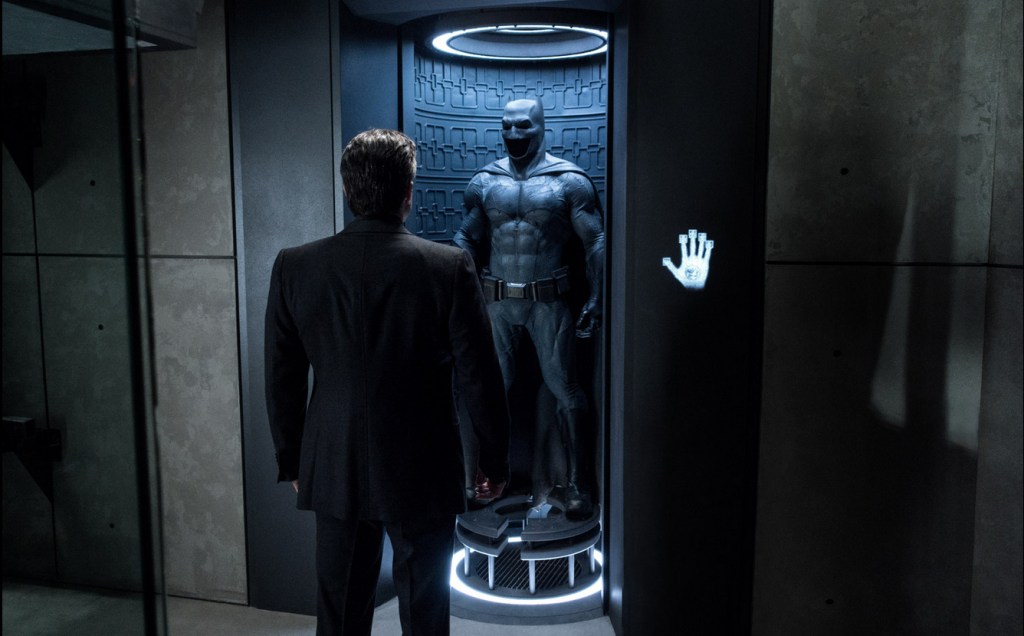 Overall the movie was good, it could have benefited from a little more explanation of the characters motivations and a less thick plot, but it gave us an amazing battle between two iconic characters, introduced the holy trinity, it set up the Justice League, a terrifying future villain and gave us two great characters, Jesse Eisenberg’s maniacal Luthor and Ben Affleck’s masterful portrayal of Bruce Wayne. From what is considered a mindless blockbuster from a company chasing Marvel’s cinematographic success it is a good introduction to the DC cinematic universe.