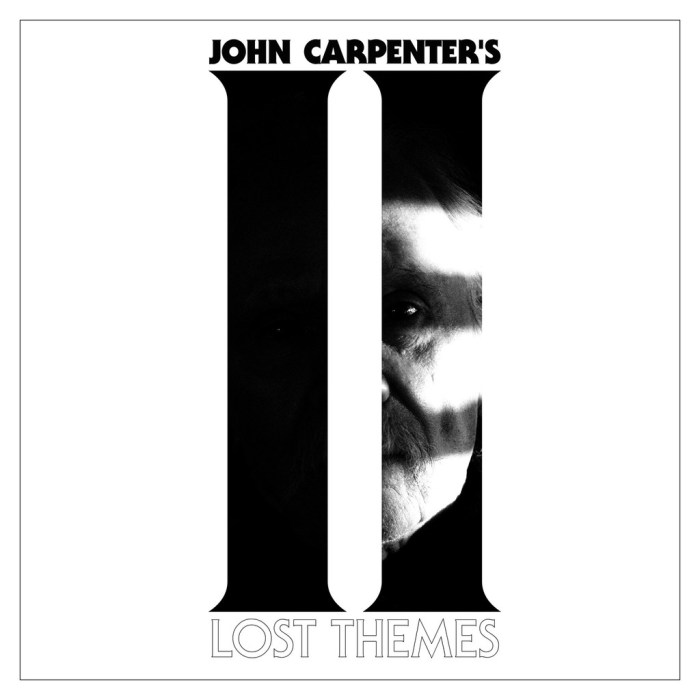 Given Carpenter’s iconic status, he could easily spend his remaining days on basketball and video games and everyone would happily cheer him on, but the rapidity with which he has followed up last year’s Lost Themes suggests that he has bigger things on his mind. The fact that part 2 utilises an almost identical sonic vocabulary to its predecessor will surprise few who are familiar with his minimalist flair but there is more of a progressive flavour to these dozen tracks, the utopian twinkle of Brian Eno and Mike Oldfield slotting neatly aside tense bass pulsations and synthesised melodies that march as proudly as a soldier in a final-act montage.

The spirit of his 70s nostalgia-bothering classics is unmistakably present but the hard-rock-oriented punch of his 90s work also sees a notable recurrence, “Dark Blues” fizzling guitar solos striking as one of the album’s most arresting moments. The album remains committed to its concept throughout, each ‘theme’ presenting a distinct identity and subconsciously-rendered visual association, but by utilising a combination of dread-fuelled atmosphere and strident rock, Lost Themes II feels less like a series of vignettes and more of a concrete progression – this is isn’t a rock opera, it’s the scoring of the most epic John Carpenter movie that never existed.

Overblown in all the right places and still capable of sending a shiver down your spine, it’s evidence that Carpenter is throwing more of himself into his compositions than ever.