Los Angeles-based band JR Slayer, featuring Cody Votolato of The Blood Brothers, have announced the release of their new album, You Found Me, which will be out on February 1. You Found Me is a collection of nine songs recorded in Cody’s home studio in Los Angeles and features Jenny Lee of Warpaint on the opening track “I’ll Never Leave U.”

Cody says, “JR Slayer is just a place where I’m able to navigate all the different things I’ve naturally started doing over the past few years, be it song writing, solo albums, remixes or producing. I’ve never been fully comfortable just putting ‘by Cody Votolato’ on something. I really liked the idea of having an umbrella to do it all under that’s separate from my name. I wanted it to start a new chapter, with an opportunity to not be ‘a member of’, not be ‘Cody from this or that’. It’s just JR Slayer, it’s what I do.”

JR Slayer’s sophomore album, You Found Me, was not planned. “It started with one song, and then there were three. I thought I’d make an EP, releasing them song by song, but then there were five, then nine.” Cody adds, “I would write a song and record it immediately in my bedroom in Los Angeles. I live next to a children’s hospital, where helicopters are taking off and landing all day. The street is busy. I didn’t worry too much about isolating the sound. Everything you hear is my life. Written and recorded in just under two months, it was apparent that the subject matter was all connected, so it had to be an album.”

“JR Slayer in its current form, is a sacred home for me. It is a safe space to start new conversations with art and music and understand how I relate not only to it, but myself. Not one where I am trying to receive as much as I give to it, but one that allows me to fully realize myself while being able to step out of my comfort zone.”

JR Slayer have revealed the first single “There Is Nothing Else Around Me” from the forthcoming release. Listen to it below:

You Found Me artwork & tracklist: 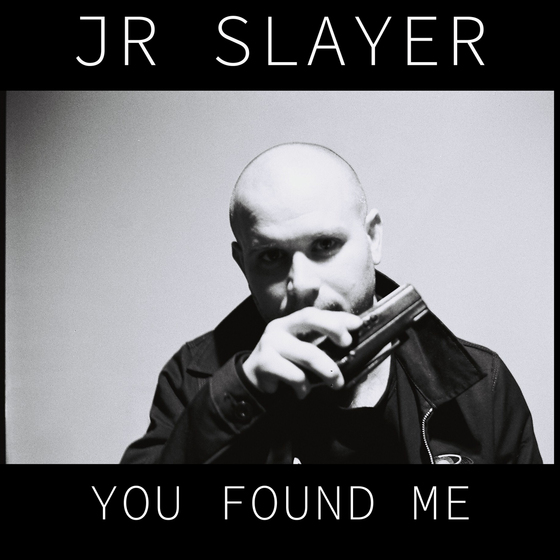