Hailing from one of the most fertile music grounds in the US, Richmond, VA doom troupe Windhand are on the cusp of releasing their third full-length, Grief’s Infernal Flower, and people are quite rightly getting a little flustered at the prospect. Everyone from Rolling Stone to Vice are getting in on the act, so we jumped the line and caught up with vocalist Dorthia Cottrell to talk about living up to expectations while keeping it heavy and honest.

Thanks a lot for taking the time to chat with us. An easy one to start off with – can you tell us a little about the origins of the band?
Garrett (Morris, guitar) and Echasiah (Bogdam, guitar) had been playing together for a long time with a different drummer and bassist, and they had never actually played a show before. They put an ad out on Craigslist looking for a singer and they listed their influences as High On Fire, Sleep, Danava and Kyuss; I saw it and I responded. I went to try out but we just ended up hanging out – I don’t think I sang at all. They invited me back, and I kept going back. I think Heap Wolves was the first song we did.

And how are things right now?
We are about to leave on a little one-week tour on Sunday. We’re going to try out a couple of new songs because we haven’t actually tried the new stuff out yet so we want to try those out before the record comes out in September.

Are there any songs that you’re particularly looking forward to trying out?
I really want to play “Hesperus” but we’re not going to play that just yet because it’s not going to be one of the songs that’s going to come out before the record.

The guitar tone on “Hesperus”, and on much of the album, is just huge. How did you ever come to settle on a sound like that?
Well, Garrett and Echasiah have had their sound since the beginning of Windhand but as far as the way we recorded it, Jack Endino really paid a lot of attention to the way that Soma and the first record sounded and tried to be really true to it by keeping that sound on this recording.

The pairing with Jack Endino is quite a masterful one. How did you end up working with him?
Garrett has been a huge fan of his for a long time. Garrett records a lot of local bands around here and he recorded our first two albums, and he’s in touch with Jack Endino. Jack came to one of the shows we played in Seattle with High On Fire, Garret got to meet him then and we brought it up with Relapse, and they said “Go for it”.

You wrote your first two albums on the road, but not this time. How was that experience?
We didn’t actually have time to do that this time around. Once we got done with touring for Soma, we came back and we had a schedule. We knew we had to record by March so we just stopped playing shows and worked on the album in that block of time. It’s the first time we’ve ever done it like that. Except for Forest Clouds – we’ve had that song since Soma, but it kind of got reworked for the Salem’s Pot split and we recorded it again for the new album because we thought it fit.

Do you feel that having the pressure of such a strict deadline affected the sound of the album?
It was definitely weird. Like I said, we’ve never written that way before so we were practicing three, four times a week, maybe. It was a lot of pressure but because we wrote them all together, I think the songs sound a little more cohesive, and the record as a whole is perhaps a little more cohesive.

One of the biggest standouts on the album is “Sparrow”. What is the story behind that?
I wrote that song when we were in tour in Europe last year for Roadburn. I wasn’t sure if it was going to be one of my songs or one of Windhand’s songs but we wanted to have varying paces on this new record and we knew that we wanted to put at least one acoustic song on there. I had written a different acoustic song to put on the record but changed my mind about it when I went to Seattle. It’s one of my favourite songs that I’ve ever written so I wanted to put it on here.

The phrase Grief’s Infernal Flowers has a certain poetic charm. Where did that title come from?
It’s a line from “Hesperus”, actually, but we don’t really like to explain a lot about the lyrics or titles or anything like that. We think it’s cooler when people take whatever they want to take from it.

Have you always preferred music where there is perhaps a little more mystery to the band?
Yeah, definitely. Also, when I was growing up we didn’t have the internet so a lot of the times you didn’t know what the actual lyrics were, and sometimes when I found out what they actually were it would be disappointing to me.

You’ve had a busy year yourself, having released and toured your solo album. Does having this other outlet ever change your approach to Windhand?
No, not really because I’ve been doing that acoustic stuff since before I joined Windhand so nothing really changes in that respect?

Though there is plenty of overlap, your solo material and the work you do with Windhand sometimes seem quite distant. Did you have quite eclectic tastes as you were growing up?
I grew up listening to classic rock and classic country – the kind of music my dad listened to, and he plays guitar and sings too. WhenI got a little bit older and angsty, as far as getting into metal and heavy rock, I was into the normal stuff – Pantera and Slayer, Alice In Chains, Soundgarden…

Do your songs tend to change much when you take them out on the road?
For the most part, some things tend to be shorter and some sound better when they just fall apart, when we let Ryan (Wolfe, drums) just keep playing until he feels like stopping. Sometimes we’ll stop at different times; it just depends on the mood of the room or the mood that we’re in. 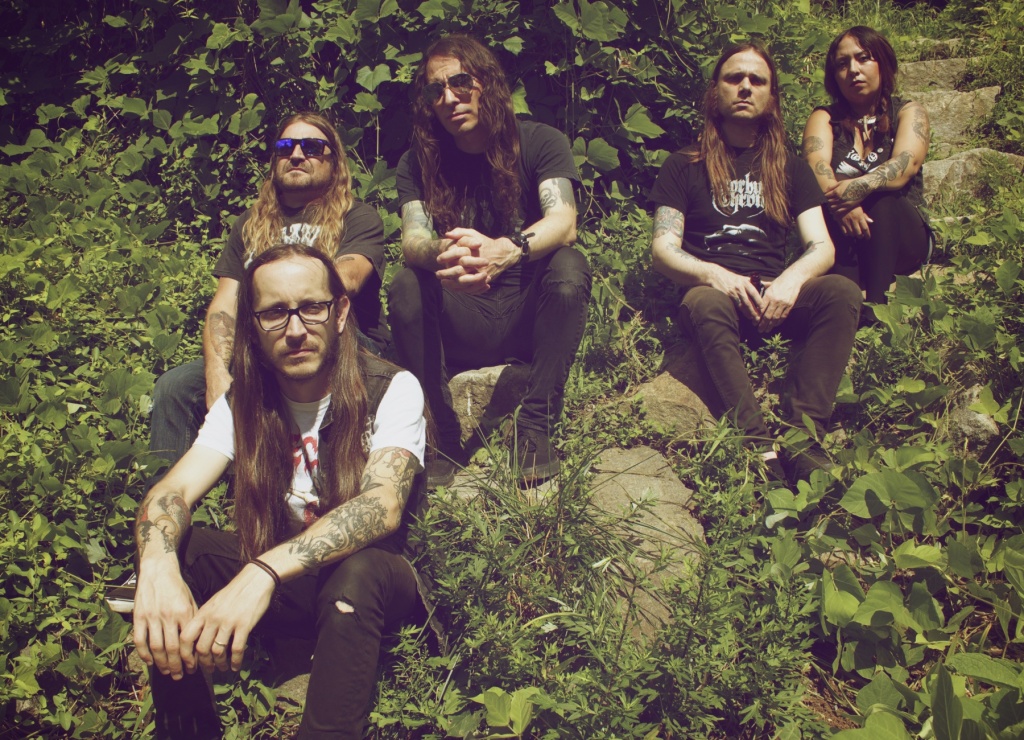 “… I think it’s more important that you play music that you like and that you want to hear yourself. Hopefully, the honesty behind that will come through and somebody will like it.”

Given how fantastically well-received Soma was, was there any pressure on you for Grief’s Infernal Flower?
We never want to disappoint the people that like your band but ultimately I think it’s more important that you play music that you like and that you want to hear yourself. Hopefully, the honesty behind that will come through and somebody will like it.

Richmond’s music scene has always been incredibly varied, as well as world-renowned. Has having a scene like this affected the band’s outlook?
Well, none of us actually grew up here. As for the band, the music scene is all over the place but everybody is pretty much all friends. We all hang out all the time, we all play music with each other all the time – it’s very incestuous. I’m sure that helps us develop as songwriters.

Is the DIY scene as strong in Richmond as it used to be back in the late ‘80s and early ‘90s?
It’s hard to say. Now that we’re a little bit older we don’t go out to shows as much. I know there are a lot of house shows, a lot of DIY spots that come and go, but there is one medium-sized venue that everybody plays; a bar that everybody hangs out, called Strange Matter. But yeah, as far as that goes, there’s definitely a strong, family-type feeling.

Are there any video plans for the new album?
There’s going to be at least one coming up pretty soon, maybe two. I can’t really say much more.

How do you see the process of making music videos? Is it another outlet for the band or is it more a promotional act?
This is the first time that we’ve really come up with a story for the video. The last video that we did was kind of DIY, flashing images that we liked, so it was fun to do this one. None of us are in it. All of us are pretty awkward, camera-shy so none of us wanted to be in the video but it was fun coming up with the idea.

Is there still any of that reticence when it comes to being on stage?
You always get butterflies but it’s a different mentality; more excitement, like you want to do it, whereas none of us want to take band pictures or pretend to play guitar.

Do you feel more excitement when playing club venues or to larger crowds, like you did at Roadburn?
They’re both fun, but there’s something about playing a small, cramped stage. There’s always something magical about it.

What’s the strangest venue that you’ve ever played?
This kind of rednecky bar in Virginia, and we played a cool church in DC, but that first was kind of a mix between a frat boy place and a redneck place in the middle of nowhere in Virginia.

You also went out with Sleep quite recently. How were the crowds?
No. I was a little nervous about it because, you know, it’s Sleep! I’m glad we weren’t going on after them, I’ll say that. Everybody was really receptive and even though the tour was short, it was definitely one of our most memorable experiences.

How do you feel about the critical reception you have been given, especially with people saying that Grief… is one of the most anticipated heavy albums of the year?
It blows my mind. None of us really understands it. We’re all happy about it, but I think we all just feel lucky. Maybe we were in the right place at the right time but I have no idea why this is happening.

Is there anything you still want to achieve?
I don’t think any of us think like that. We just want to keep playing music that we want to hear and hopefully we are able to keep doing it the way that we have been. I think we’d still be here even if nobody knew our name.

GRIEF’S INFERNAL FLOWERS IS OUT NOW VIA RELAPSE RECORDS

You can also read this interview in here: