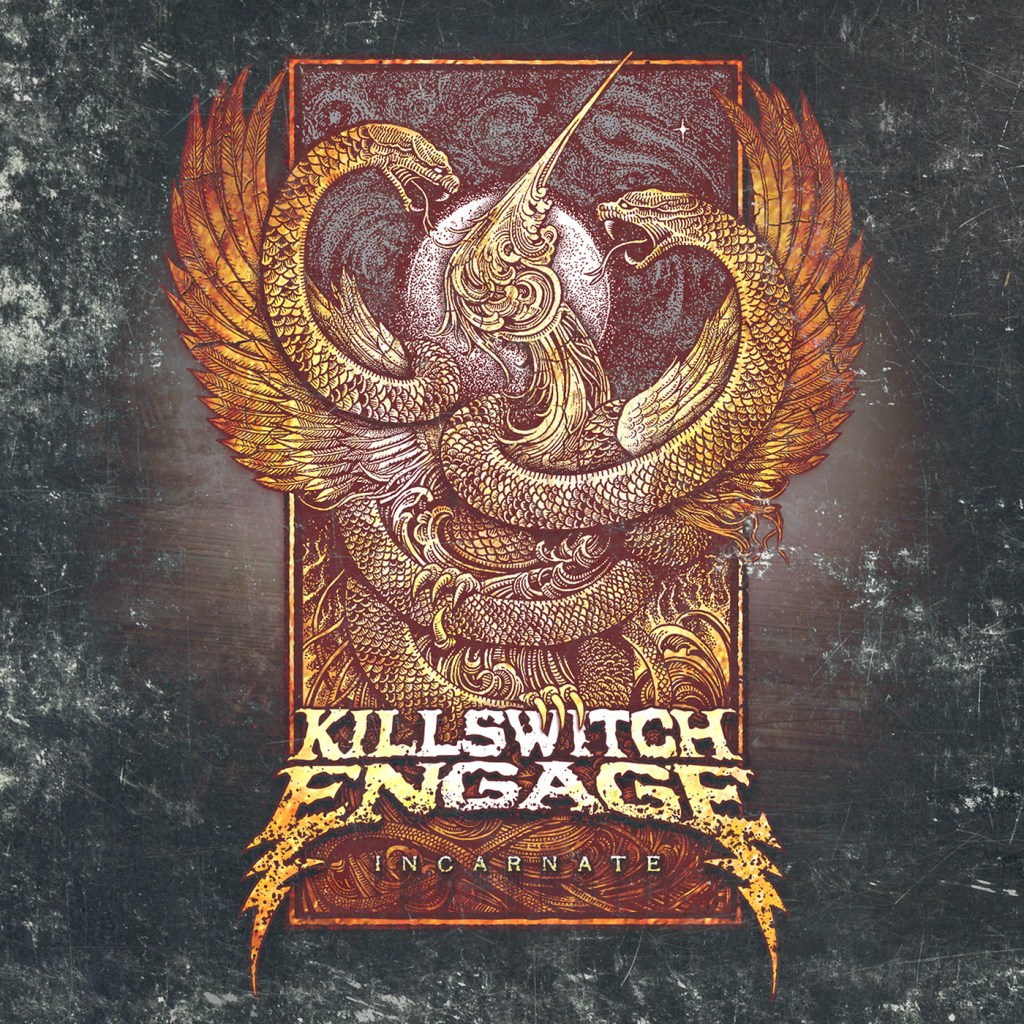 When a band finds its “Sound” it can be similarly a boon and a curse. Sadly for Killswitch Engage it has started to sag a bit around the middle, and the once unique sound of their “metalcore” has now begun to be a staid, generic and often obvious drone. For the life of me I cannot put my finger on why. The ferocity is still there, the obvious joy of what they are doing. Jesse’s vocals are stronger than they have ever been. The guitars still scream attitude and action. But… Something is just off.

Incarnate is amongst the weakest work Killswitch Engage have released. And as a fan it hurts to say that. Maybe it’s the fact I am predicting the turns, I am expecting the twists. Maybe its just very “samey” sounding – no distinct journey, the album is a flat, one note squib. And it’s a real shame. Lead track “Alone I Stand” is a decent enough beginning, but it meanders until “Quiet Distress” at the heart of the album. And then staggers to a conclusion with little difference or divergence. A brief moment of respite comes with the really rather good “We Carry On” – but it is all too brief. 15 tracks of well- produced, heavy, trademark Killswitch Engage fare, which abjectly failed to thrill me or engage me, and certainly did not set my world on fire.

A damn shame and a wasted opportunity after the stunning Disarm The Decent. This sounds like a step backward, rather than forward, and from a band who have always blazed a trail – this could be considered their first misstep and flop.