Californian trio L.A. Witch are back with their new album Play With Fire, which is set for release August 21st via Suicide Squeeze Records. Today they’re sharing the first single from the album, “I Wanna Lose“.

Speaking about the track, Sade Sanchez of L.A. Witch said “‘I Wanna Lose’ is about feeling free and feeling stronger because you’ve lost everything and now you’ve got everything to win. It’s about being a punching bag in a martyr-like way, and losing a fight to move on.” The track comes complete with a lyric video animated by Bradley Hale, using the album artwork by Future Shock.

Listen to “I Wanna Lose” below:

“Play With Fire is a suggestion to make things happen,” says Sanchez. “Don’t fear mistakes or the future. Take a chance. Say and do what you really feel, even if nobody agrees with your ideas. These are feelings that have stopped me in the past. I want to inspire others to be freethinkers even if it causes a little burn.”

Between their touring schedule, studio availability, and the timeline for releasing records, L.A. Witch found themselves with only two months to do the bulk of writing for Play With Fire. They holed up for January and February, essentially self-quarantining for the writing process before March’s mandatory COVID shutdown. “As far the creative process goes, this record is a result of sheer willingness to write,” says Sanchez. “When you sit down and make things happen, they will happen, rather than waiting to be inspired.” The time constraints and focused writing sessions ultimately forced the band into new territories. “I’ve definitely learned that having restrictions forces you to think outside the box,” says Irita Pai. “That structure really brings about creativity in an unexpected and abundant way.” 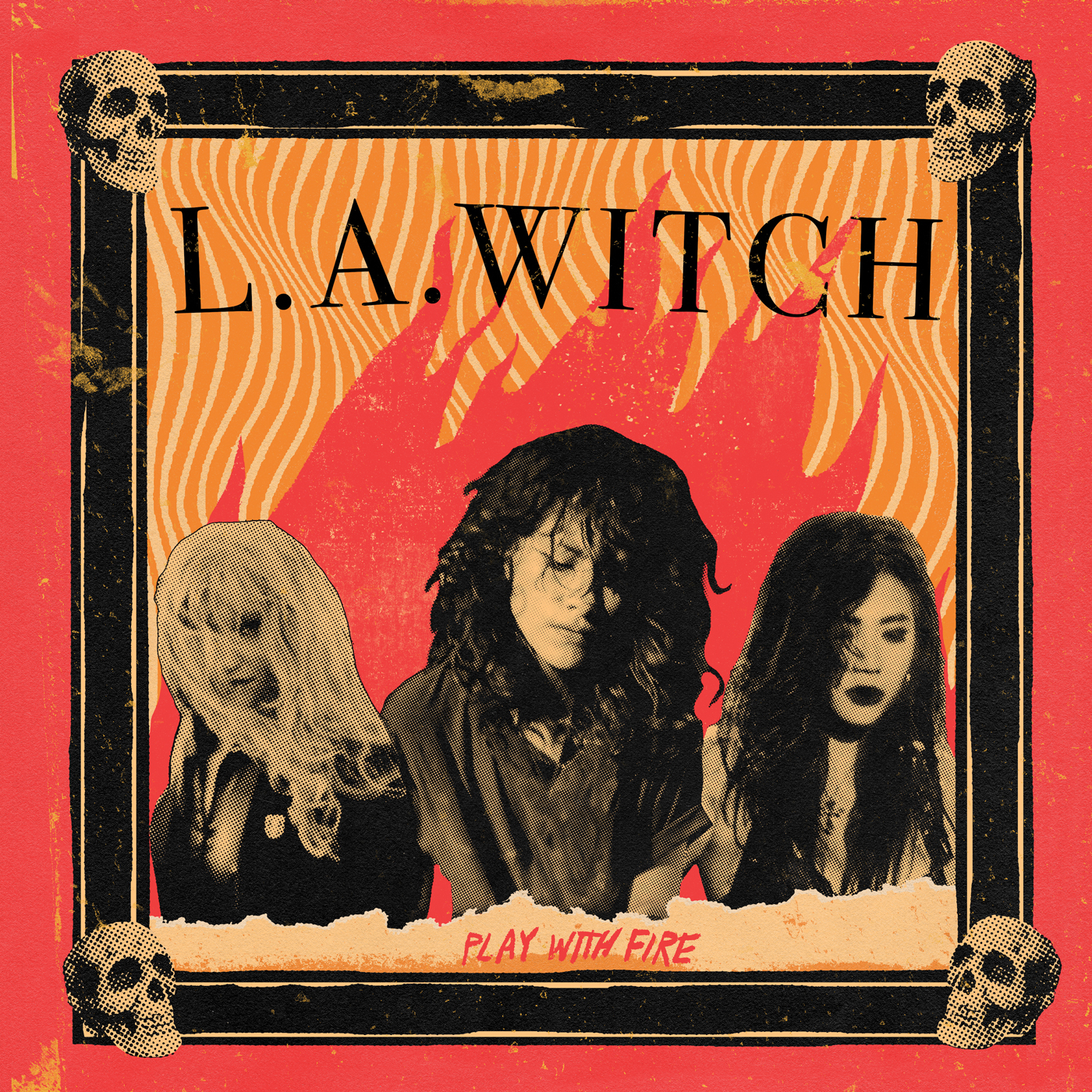