La Dispute have finally announced their next album, it’s called Panorama and it comes out March 22 on the band’s new label, Epitaph.

Recorded between November 2017 and August 2018, Panorama is also their first album written and recorded with Corey Stroffolino, who has been a touring musician with the band since Rooms of the House, taking over from Kevin Whittemore.

While Wildlife and Rooms both saw Jordan playing the role of a fly on the wall – a detached narrator, creating realistic fictions through which tragedies are explored – the writing process for Panorama found him inadvertently talking about his own life. The physical act of travelling through those spots every day, with someone else, inevitably caused them to take on their own significance. “The more I thought about the stories the deeper the relation to her life became, and to our life together, and the more personal the record became,” Jordan says.

Today, La Dispute also shared the first two songs of the album, “Rose Quartz” and “Fulton Street I“, listen to them both below.

Panorama was a difficult project to start and to finish. Although recording for the album began in November 2017 and the music was done by April 2018, it took Jordan until August – including several separate solo trips from Seattle to the studio in Conshohocken, Pennsylvania – to finish writing lyrics and tracking vocals. By the end, he was sleeping in a spare mixing room in the studio, spending entire days more or less locked in the same room. At one point, producer Will Yip (Turnstile / Quicksand / Tigers Jaw) was taking naps on the couch in the control room while Jordan wrote and rewrote lines until he was satisfied, filling several notebooks front to back with different versions of the same few lines.

“It was… stupid,” he says of the process now. “I spent a lot of time trying to understand why I was having such a motherfucker of a time, and I’m still not entirely sure I’ve arrived at the reason. Partly, I think, the music required more from me. The parts are more challenging, more outside of the box then the songs on Rooms in particular, and I didn’t want to short change the work and creativity of my band mates. There’s always the anxiety of falling short of them for me, but it felt stronger this time. There’s the general anxiety, too, of making something permanent. Of committing to a thing finally and forever and never being able to do anything about it.” 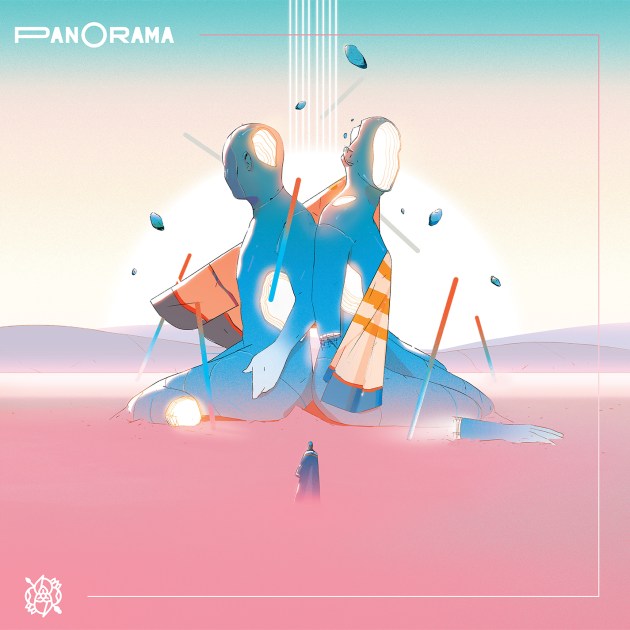 Tracklist
1. Rose Quartz
2. Fulton Street I
3. Fulton Street II
4. Rhodonite and Grief
5. Anxiety Panorama
6. In Northern Michigan
7. View From Our Bedroom Window
8. Footsteps at the Pond
9. There You Are (Hiding Place)
10. You Ascendant