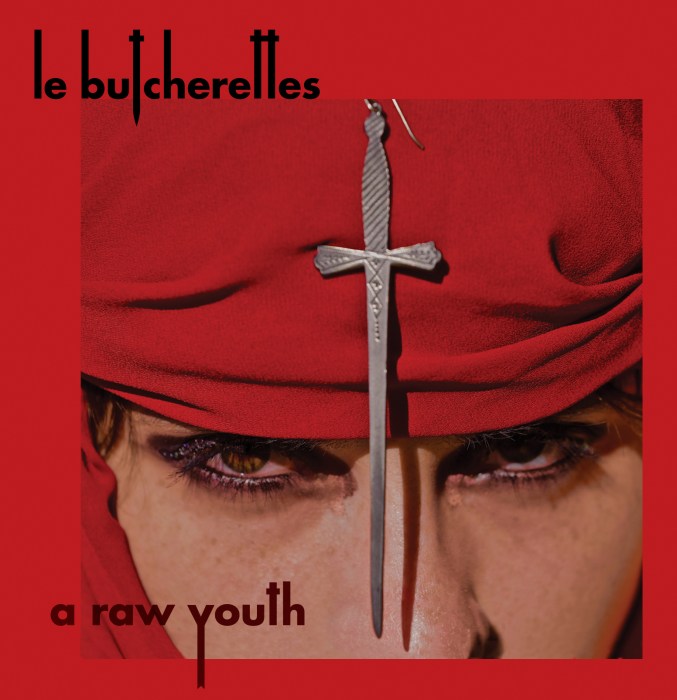 If there’s one thing that I refuse vehemently to put it as arguable is the power, capability, skill, and grandiosity of Teri Gender Bender as a musician, artist, activist, songwriter, and frontwoman. Her output under the moniker Le Butcherettes has increasingly grown in quality whilst the intensity and rawness (both emotionally and sonically) have remained
intact (to say the least), ensuring that Le Butcherettes of today are truthful to the intents that kicked off this ride back in 2008 with the Kiss & Kill EP.

The band’s third album kicks the first door differently from the other two studio efforts. It’s unmerciful raw and direct, a punk rock scream to the bone. Perhaps “My Mallely” would be the more logic choice to open the album, but “Shave My Pride” is the perfect cadence shifter. It’s a punch in the face. A wake up call is in order. Not that Bender has lost, or denied her ability of infuse pop, create beautiful melodies and hooks that ease and exalt the listening experience – actually that department received a magnificent improvement – but when the lyrical themes are so real, relevant, complicated, and necessary, then one must “grab the bull by the horns”.

A Raw Youth is the book that they don’t want you to read. It’s the hard hitting truth “embellished” with top notch songwriting.

FOR FANS OF: Bikini Kill, Sleater-Kinney, Ex Hex, The Distillers